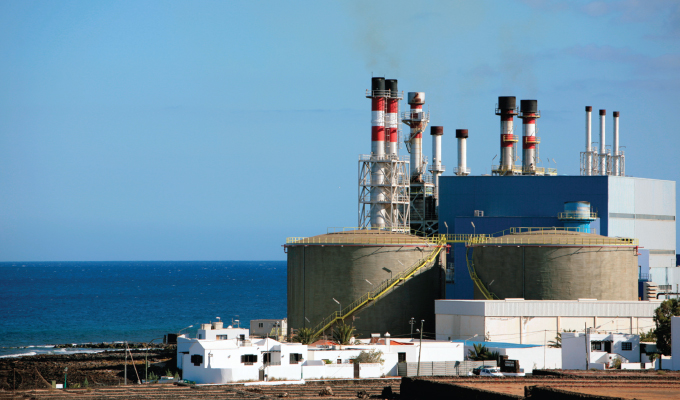 If you’re reading this, water is probably easily available to you. You may even have a bottle of water sitting right next to you. Chances are, you’ve never had to worry about how you were going to get your water. It’s just always been there.

That’s not the case for everyone though, and water isn’t as easily available as you may think. Some countries have to ration their water. Some people consider clean drinking water a luxury. Fresh drinking water isn’t just a simple turn of a knob for many people on the planet. In this article, we’ll explore our drinking water. We’ll talk about where it comes from, how much is left, and where can possibly get more. We’ll also learn why bottled water has become so popular.

Consider this to be a primer on the primacy of water. Class is in session.

WHERE DOES YOUR WATER COME FROM?

The water in the glaciers and ice caps has been trapped for centuries. Most of this water can be found at the north and south poles, and atop high-altitude mountain ranges like the Himalayas. Groundwater is simply fresh water trapped inside the earth. Groundwater is also referred to as aquifers. It’s the water that’s trapped beneath the earth’s surface. We use wells to expel groundwater for our use.

And the remaining surface water is found in the lakes, streams, and rivers around the globe. Except for the glaciers, all freshwater is replenished by precipitation. Most of the freshwater suitable for human use comes from precipitation.

HOW DO WE GET DRINKING WATER?

Now that we know where water comes from, how do we turn it into drinking water? If you’ve ever watched any type of survival show or read a book about survival, you know we can’t scoop water out of a lake and drink to our heart’s content. Our drinking water begins as either groundwater or surface water, before starting its journey to end up in our cups and water bottles. The water gets pumped from its original source into pipes or tanks, and those pipes eventually lead to our homes, schools, businesses or any other place where you find tap water.

If you live in a large city, you most likely receive your tap water from a public water supply. If that’s the case, a local government agency or private companies will deliver the water to your home. It travels through a network of underground pipes originating in a large source of freshwater and ends up in the public water supply that you share with your neighbors. You receive a bill every month that is based on the amount of water you use.

Outside of the big cities in rural parts of the United States. where there is no public water supply, people rely on their private water supplies instead. These private water supplies account for 15 percent of the American population. If you’re one of the 15 percent, water gets to your home through pipes that come from a water source found on your property. That source is more than likely a well that is dug underground close by to your house. You aren’t charged for the water, but you are charged to maintain the well and power the equipment.

THE CURRENT STATE OF THE WORLD’S FRESH WATER SOURCES

There could be major issues on the horizon as freshwater systems decline in quantity and quality due to heavy extraction and a rising rate of contaminants. These issues will affect our entire ecosystem. Freshwater species are already declining at an accelerated rate and contaminated water is causing contaminants to infiltrate our food chain.

Only 1 percent of our fresh water is replenished, unevenly, by rainfall across the globe. Because of the increasingly high demand for fresh water, humans are extracting heavily from freshwater ecosystems and aquifers around the world. According to the Nature Conservancy, “water depletion is leading to the degradation of entire ecosystems that provide critically important services to our societies and economies.”

Today, water scarcity affects the lives of over half of the world’s entire population. That’s billions of people who have to wonder where their water is going to come from. More than 200 rivers that supply 2.67 billion people are already experiencing severe water scarcity for at least one month out of the year. We are pushing our freshwater sources to their absolute limit.

One of the major reasons for this depletion is the agricultural industry. Low water levels have occurred mainly due to the extraction of water for agricultural purposes and have resulted in catastrophic declines in freshwater species because they have lost their habitats. Populations of mammals, birds, reptiles, amphibians, and fish species have decreased by up to 76 percent in the last forty years.

As we come to a head with our growing freshwater crisis, experts have started looking to alternatives to alleviate the pressure on our freshwater sources. One of those alternatives is desalination. Desalination used to be too expensive and too hard on the environment to be a legitimate way to add to the freshwater sources, but with advances in technologies, both the energy requirements and the impact on the environment have decreased.

Simply put, desalination is the act of removing salt and other minerals from ocean water to make it suitable for consumption by livestock or humans. Desalination is a great option for communities where freshwater is scarce but there is a large supply of seawater.

There are still controversies surrounding the need for desalination. Critics wonder if the impact desalination has on the environment is worth it for people who have freshwater sources already available to them. But, as our supply of freshwater diminishes, desalination is quickly becoming the only option for many people around the world.

DESALINATION IN THE UNITED STATES

The United States has already made desalination a priority when they opened their massive plant off of the coast of San Diego. The plant, known as the Claude “Bud” Lewis Carlsbad Desalination Plant, produces 50 million gallons of drinkable water every single day. The plant is a $1 billion public-private venture between Poseidon Water and the San Diego County Water Authority, that took nearly twenty years of planning, development, and construction.

Every day, about 100 million gallons of water from the nearby Agua Hedionda Lagoon enter the plant through a seawater pipe and begin pretreatment. The pretreatment consists of the sea water cycling through a multi-layer tank that uses anthracite, sand, and gravel to remove algae and other large contaminants. The water then moves through a second pretreatment that removes the smaller particles.

The plant relies on cutting-edge reverse osmosis technology that removes dissolved salt from seawater. There are more than 2,000 pressure vessels in the facility that contain semi-permeable membranes through which seawater must pass through.

IT’S ALL ABOUT THE MONEY

If they’re doing it in California as well as other places around the world, why aren’t there more desalination plants? Worldwide about 300 million people get water from more than 17,000 desalination plants in 150 countries. So can’t we just install enough plants so that the entire world has enough clean water to drink? That answer, at best, is not yet and it’s because of the cost.

A thousand gallons of freshwater from a desalination plant costs the average U.S. consumer $2.50 to $5, compared to $2 for conventional freshwater. Desalination also uses a lot of energy. Desalination plants consume more than 200 million kilowatt-hours each day, with energy costs an estimated 55 percent of the plants total operational and maintenance costs.

Most reverse osmosis plants need three to ten kilowatt-hours of energy to produce one cubic meter of freshwater. Traditional water plants typically use well under 1-kilowatt hour per cubic meter.

IT’S NOT THAT SIMPLE

So next time you turn on your faucet in your kitchen, bathroom, or yard, remember that your water isn’t coming from an infinite source somewhere on earth. Before that water makes it to your house, it takes a journey from a freshwater source to a public water system or private well, and finally to your home.

One solution to the epidemic is water desalination. It’s an idea centuries old that involves taking water from the sea or the ocean, and turning it into drinking water. It’s being used in places all around the world, but that solution is not as easy as it may sound. It’s very expensive, and it uses up a lot of energy. The technology continues to improve, however, making it an option to help ease the pressure from our freshwater sources.

So remember, next time you fill up your water bottle, it’s not that simple.

Connect for Water is a social impact not-for-profit founded on the belief that there is a clear path to help people throughout the world address their safe water needs. This path, based on years of experience, focuses on improving local access to water treatment solutions, so local people can easily get what they need to improve their lives through clean water. For more information, visit www.connectforwater.org.

MODERN PUMPING TODAY, August 2019
Did you enjoy this article?
Subscribe to the FREE Digital Edition of Modern Pumping Today Magazine!