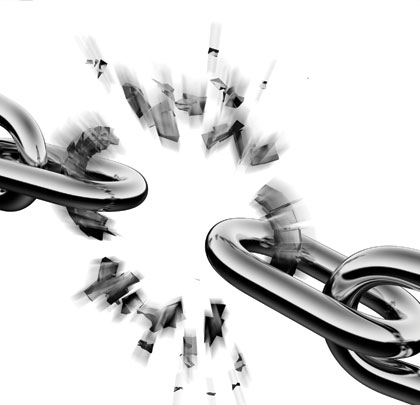 The appeal of smart pump technology is easy to see. Instead of one, persistent pumping action and the resulting energy costs, smart pumps promise to maximize their efficiency by adjusting their output based on the needs of the flow. These constant adjustments not only reduce energy costs by reducing or eliminating wasted power consumption, they also—by reducing the wear associated with wasted effort—extend the life of the pump. However, as many end users can attest, the reality can sometimes fall short of the promise, leading some to believe smart pumps still have some learning to do. Grundfos, though, believes they have a smart pump ready to move to the head of the class.

Boasting the highest energy-efficiency rating available for circulator pumps in North America today, the MAGNA3 from Grundfos is at the forefront of smart pump technology. The pump was debuted for North American users at the 2013 International Air-Conditioning, Heating and Refrigerating Exposition (AHR Expo) in Dallas and is an energy-optimized, variable-speed wet rotor circulator that features a permanent magnet motor design.

Designed for commercial hydronic applications, MAGNA3 will cut power consumption up to 85 percent, as compared with other circulators in its class, through its innovative AutoAdapt function that automatically and continuously adjusts circulator performance and the new FlowAdapt control mode that reduces the need for pump throttling valves.

A PUMP THAT LEARNS

MAGNA3 offers much more than the ability to match pump speed to varying system loads. Grundfos is the only manufacturer to offer a variable-speed electronically commutated motor (ECM)-based circulator that uses an integrated logic algorithm to “learn” the varying energy-usage patterns of an application over time, enabling the software to automatically determine the lowest possible operating-efficiency point to meet ever-changing demand. By continuously fine-tuning power consumption and flow rates to meet the dynamic needs of the system, this AutoAdapt function saves both energy and money.

The AutoAdapt function is so powerful that eight out of every 10 installations can rely on this feature to automatically select the optimal setting, with no additional human intervention. For the installer, that simply means plug and play and walk away.

“As demand for water efficiency surges, building operators are zeroing in on the untapped potential of ultra-efficient pumps,” says Jes Munk Hansen, president of Grundfos North America. “Grundfos is poised to meet and exceed those demands by making smart-pump technology, smarter.”

From its improved hydraulics and rotor system to a built-in differential pressure sensor, MAGNA3 flaunts among the lowest energy consumption, most flexible range, easiest installation, and most innovative functionalities on the market. In fact, the MAGNA3 will consume 20 to 40 percent less energy than even most models in the current MAGNA line, already a best-in-class energy-efficient circulator. In developing the MAGNA3, Grundfos committed to achieving the European Energy Efficiency Index of 0.20, which exceeds the efficiency ratings of any circulators now on the market in North America.

First used by Grundfos in Europe in the 1990s, the electronically controlled motor features a magnetized rotor, thus avoiding motor-slippage problems common to induction-type motors. The result is a dramatically more efficient motor that generates less heat and energy waste, while delivering a starting torque four times higher than a standard induction motor—a key feature should the circulator experience long periods of idleness. This innovation works in conjunction with several other MAGNA3 features that focus on efficiency.

The MAGNA3 allows the installer to set a maximum flow rate that the pump will never exceed, eliminating the need for additional and costly valving to restrict the flow. This option is available whether the installer opts to use AutoAdapt or either of the pump’s other two modes: constant pressure and proportionate pressure. With AutoAdapt, the fixed flow rate becomes simply another parameter the system “learns” on its way to minimizing energy usage.

The function of the rotor can is to seal fluid from the stator motor. In the current MAGNA, the can is fabricated out of stainless steel, but the MAGNA3 substitutes carbon-fiber material because it permits a stronger transmission of the magnetic field through the can, raising overall pump efficiency.

While the existing MAGNA bases its performance on power consumption and speed, the MAGNA3 adds a new data point by integrating a patented differential pressure sensor right into the pump housing. In doing so, the pump boosts hydraulic and motor efficiency.
Constant Temperature Mode

A system sensor allows the MAGNA3 to monitor flow temperature constantly. A circulator placed in the return line in a domestic hot water system can be programmed to maintain a constant temperature. This, in turn, enables the pump to slow down when hot water demand is low or nonexistent—a big energy- and money-saver in certain commercial applications, such as schools and hotels, whose need for hot water varies greatly throughout the day.

The MAGNA3 provides clear, easily readable data right on the pump; the installer and end user can even see the pump performance curve. Thanks to this new technology, the installer can request “assisted setup” at the time of pump commissioning, while a service technician can use the same feature to troubleshoot problems. The screen will “step” the installer or technician through a series of questions and procedures, so they accomplish whatever task they must perform quickly and easily. This is a major improvement over conventional pump interfaces, which typically display codes that require the user to memorize or look up in a separate manual. With the MAGNA3, it’s all on the screen.

There’s one more important, but relatively simple change that has elicited excellent feedback from installers who have tested it. On a conventional circulator, rotating the power head necessitates removing two or more bolts, which can take a bit of time. The MAGNA3 uses a clamp ring instead of multiple bolts. All an installer or service technician need do is to loosen a single bolt and rotate the head without removing it–making circulator head rotation very quick and easy.

“Prepare to unleash your demands,” says Dennis Wierzbicki, president of Grundfos USA. “MAGNA3 is the only circulator capable of meeting the market’s increasing demands for efficiency, intelligence, and sustainability.”

In addition, MAGNA3 now handles temperatures as low as 15 degrees Fahrenheit (-9.44 degrees Celsius), making it an even better choice for cooling as well as heating applications. Grundfos has dramatically improved the pump’s range by increasing the maximum head to almost 60 feet (18 meters) and the maximum flow to approximately 570 gallons (2157 liters) per minute. And with more than thirty-five single and twin circulators in cast iron or stainless steel, MAGNA3 is the solution for a wide range of commercial and domestic applications: heating, cooling and air-conditioning, domestic hot water, ground source heat pump, and solar heating.

The MAGNA3 is built on forty years of experience and has been subjected to more than one million hours of rigorous testing. Grundfos will begin shipping the MAGNA3 to customers in the United States, Canada, and Mexico during summer 2013. Following the launch, Grundfos will host a number of regional training events for representatives and key stakeholders, including engineers, contractors, wholesalers, and industry gurus. In addition to training, the regional events will feature promotional and social opportunities.
Connecting with users will be important for this new product. In the MAGNA3, Grundfos is confident they have produced a smart pump that fulfills both its promise and its pedigree.

Helen Mubarak is the communications officer for Grundfos, a global leader in advanced pump solutions and a trendsetter in water technology. She can be reached at 913.302.3702 or via email at hmubarak@grundfos.com. For more information, visit www.grundfos.us.

MODERN PUMPING TODAY, March 2013
Did you enjoy this article?
Subscribe to the FREE Digital Edition of Modern Pumping Today Magazine!