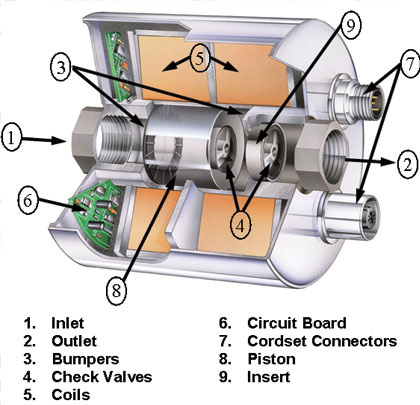 Little known pump technology company PumpWorks, Inc. has been solving problems for companies like GE, Whirlpool, NASA, URS, Sears, and GM since 1996. PumpWorks successfully tackles the toughest operating environments with their patented dual solenoid reciprocating pump technology.
This linear dual solenoid reciprocating technology uses two coils located at either end of the pump. The coils are alternately energized and de-energized, which moves the piston to alternate ends of the piston cylinder. This action moves the fluid, gas, or vapor through the piston itself with two check valves preventing reverse flow. Some of the pumps even have internal solid state circuitry used to control the flow rate. In addition, these reciprocating pumps can be controlled by a PLC, PC, or one of PumpWorks’s own Variable Rate Controllers. The result is incredible adjustable precision and control.
In addition, PumpWorks reciprocating pumps are perfect for dewatering applications but also handle all fluid phases (liquid, vapor, and gasses). The pumps operate in extreme temperature ranges including freezing, pulling a vacuum and pumping into a head pressure, elevated line pressure sampling, operating in any orientation at a variety of voltages and frequencies, and even handling high G forces. They are leak-proof, renewable, self-priming, and oil-less. Also, the PumpWorks reciprocating pump is capable of running dry but also handling viscous fluids including small particulates.

DUAL-WELL RECIRCULATION: A CASE STUDY
In the mid-1990s, an engineering firm was contracted to collect dense nonaqueous phase liquid (DNAPL) that was endangering groundwater at a wood treating facility in Arkansas. According to the Environmental Protection Agency guidelines, a DNAPL is classified as one of several organic fluids that remains insoluble in water and, being denser than water, sinks to the bottom, becoming a risk to seep into underlying aquifers. The DNAPL found in the Arkansas facility was liquid creosote, which the firm had been hired to collect from the subsurface for the purpose of providing source control and containment. To overcome problems presented by the creosote’s density, the firm proposed using a dual-well recirculation design.
At first glance, the dual-well design appears simple. Both the recovery well and the recirculation well are contained within a single borehole. Inside the recovery well, groundwater and DNAPL collect. The collected groundwater recirculates into the other well as the DNAPL, being denser and heavier than water, settles into the recovery well’s collection sump.
The dual phase recovered stream contains both groundwater and the liquid creosote. Gravity separation of the DNAPL is helped along by the recovery well’s screen, recirculation cells, and aggressive well slot and filter design techniques. After considering the viscosity, density, and abrasiveness of the combined groundwater and creosote DNAPL, the engineering firm selected PumpWorks, Inc.’s PW-2000 series pump to move the fluid though the system. 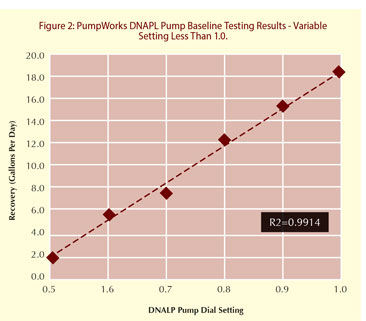 THE PW-2000 PUMP
Creosote DNAPL recovered by the PumpWorks, Inc. PW-2000 series pump is temporarily stored in a mobile collection tank for subsequent handling. The engineering firm’s DNAPL recovery systems include a vault surface completion to permit system operation performance via totalizing flow meters and sample ports. The PW-2000 pump fit well into the automated controls permit system of the DNAPL recovery well design. In total, the system operation required minimal oversight.
The facility was able to use the PW-2000 series pumps for free phase creosote DNAPL recovery for three years. During first utilization of these pumps, several tests determined the operational characteristics of the PW-2000. Baseline DNAPL pump testing at both variable and full-rate modes determined the range of DNAPL recovery rates corresponding to the various pump dial settings. Operation of the DNAPL pump resulted in the determination of potential sustained baseline DNAPL pumping rates ranging from approximately 1 to 90 gallons (3.79 to 340.69 liters) per day. This was based on installation of the pump intake at approximately 95 feet (28.96 meters) below ground, in the recovery well sump (see figure 1). 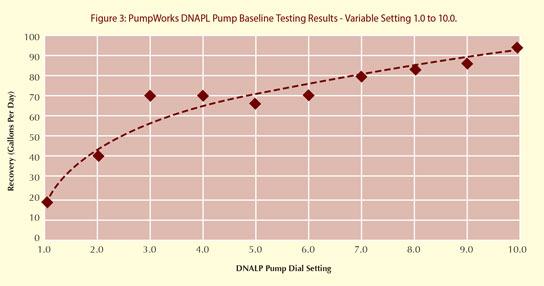 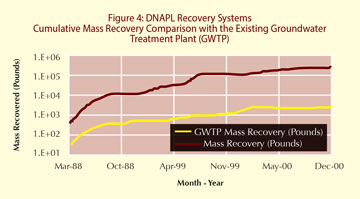 HIGH PERFORMANCE IN A LITTLE PACKAGE
The PW-2000 series pumps have an outstanding performance record at the site. Despite the harsh site conditions and the incompatibility of various materials with creosote, the pumps have required only minimal upkeep and replacement.
The PW-2000 series pumps were designed to solve the persistent problem of underperforming pump systems that require constant field service and repair. With the pump and motor in one small package, these pumps almost always have a smaller footprint than the pumps they are designed to replace. 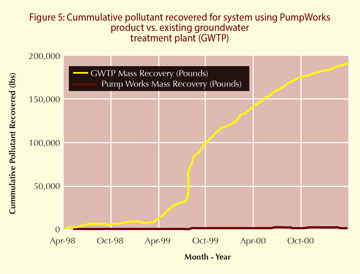 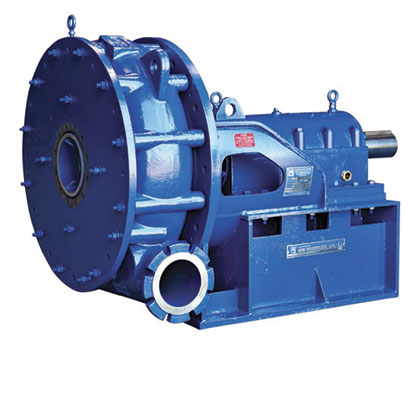 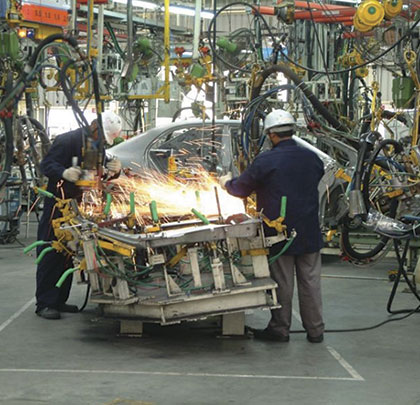 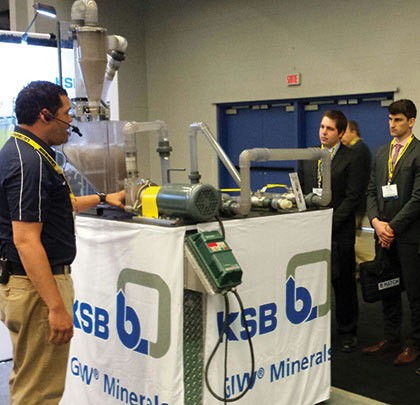