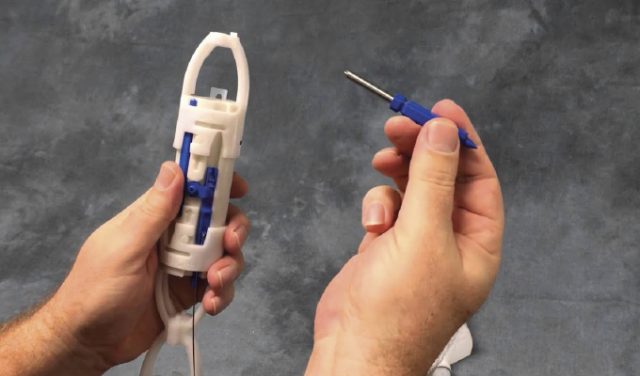 Selecting groundwater sampling technology for any particular application can be challenging, as there is a wide range of technology available on the market, and some are far more effective than others. The traditional approach of pumping a well to remove “stagnant” water before collecting a sample, known as well volume purging, has a number of shortcomings. Purging generates large volumes of water that often must be managed for disposal, requires high-flow pumps and heavy generators, and won’t work in low-yield wells that pump dry easily. Passive sampling is an alternative to purging that can provide high sample quality while avoiding the pitfalls associated with purging. A number of passive sampling methods exist as alternatives to purge sampling, each with their own advantages and limitations.

TO PURGE OR NOT TO PURGE?

Traditionally, monitoring wells were purged based on the belief that water within a well may not be representative of the surrounding groundwater. The practice required purging three to five times the volume of water in the well before collecting a sample to ensure complete removal of all stagnant water above the well screen, and to exchange the well water with water from the aquifer. Low-flow purging methods were developed to significantly reduce the amount of water that must be purged; these methods, however, still require the use of pumps with generators or compressors to power them and controls to operate them. They also require water quality instruments to measure the water chemistry and determine that purging is properly completed before sampling.

Even low-flow purging has its limitations, though, as many wells don’t produce enough water to be properly purged. These low-yield wells are often easily dewatered, exposing the well screen to air and affecting the sample chemistry and often increasing suspended solids or “turbidity” in the water. These effects can alter sample results and create confusion about the true quality of the ground water. Because low-yield wells often have very little water in them before purging, the pumps used aren’t completely submerged and won’t operate properly, if at all, especially when the wells are deep.

Passive sampling is based on the observation of researchers that the water within a well screen naturally exchanges with water in the aquifer. By collecting samples directly from the well screen zone without disturbing the water in the well, passive sampling can produce representative samples of the aquifer without the need to purge the well. Passive samplers are typically left downhole between sampling events and then re-deployed immediately after a sample is collected. As a result, only the first sample requires more than one mobilization to the well. Passive sampling takes less than half of the time as purge sampling since there is no pumping required. Passive sampling also eliminates the issue of low-yield wells running dry before a proper sample is acquired.

Passive sampling typically produces results that are comparable to purge sampling results in most wells. Where results differ, it’s often because the samples are essentially different water, which can happen when contaminants are stratified in the well or when flow conditions in the aquifer don’t result in adequate exchange of water in the well screen. In those situations, passive sampling may be the best choice if investigators want to know more about contaminant distribution in the well. Differences between passive sampling and purge sampling can also result from sampling biases that are created by certain types of passive and “no-purge” samplers that disturb the water column in the well during sample collection.

There are several different types of passive and no-purge sampling devices. True passive samplers include passive diffusion bags and equilibrated grab samplers. Diffusion bag samplers utilize a permeable polyethylene plastic bag filled with deionized water. A limited number of volatile organic contaminants or VOCs can diffuse across this membrane into the de-ionized water over a period of several days or more, then the bag is retrieved to fill sample bottles for laboratory analysis. Equilibrated grab samplers are deployed directly into the well screen zone and collect whole water samples for any type of contaminant analysis. No-purge grab samplers are constructed from polyethylene bag material, much like passive diffusion bags, but are deployed empty and fill with water when retrieved from a well. No-purge samplers aren’t really passive sampling devices, as they must be moved up and down within the well to collect a sample. This movement can increase suspended solids or “turbidity” in a sample, which can greatly affect sample results. In some cases, these no-purge grab samplers can continue to fill with water as they’re pulled up through the stagnant water above the well screen, which can bias sample results.

The Snap Sampler® is a passive grab sampling system that captures ground water samples directly from the well screen zone under in-situ conditions. It uses unique double-ended sample bottles with “snap” sealing caps that are open at both ends that are loaded into the sampler and deployed into the well screen zone. After an equilibration period, the bottles are snapped closed within the well screen using a simple mechanical or air-powered trigger system activated from the ground surface. The bottles are then sent directly to the laboratory for analysis, without exposure to air or potential contaminants outside the well and without potential loss of VOCs or dissolved gases that can occur when bottles are filled at the well head. Unlike diffusion samplers that are limited to only VOCs, the equilibrated grab samplers can sample for any type of contaminant in water, including heavy metals, semi-volatile compounds and more.

Passive grab sampling with the Snap Sampler system collects samples from a selected location within the well screen and in the same location each time. Since it doesn’t require any movement within the well to collect samples, it doesn’t mix or disturb the water column or increase sample turbidity the way bailers and no-purge grab samplers can. The samples are highly accurate and precise, making it easier for investigators to identify when groundwater chemistry is changing.

While the Snap Sampler passive grab sampler system can be used in almost any well, it’s especially useful in difficult sampling applications such as in low yield or very deep wells that make purging difficult. The Snap Sampler offers faster sampling and higher productivity than other sampling methods, allowing more wells to be sampled in a day with just one sampling technician, further increasing productivity. It also reduces the amount of equipment needed to sample and eliminates waste containerization and purge water disposal, which is particularly helpful for sampling wells that are difficult to access. Passive sampling with the Snap Sampler system can be a far less expensive process than other sampling techniques, saving as much as 50 percent of sample collection costs over time.

Though there is a widely varied landscape of groundwater sampling technology, passive grab sampling offers clear benefits over other sampling methods. Passive grab samplers, such as QED’s Snap Sampler system, collect groundwater inside the well and then seal it away from the environment, ensuring the highest possible data quality. The Snap Sampler’s sampling process is also far more efficient than purge sampling or other passive sampling methods, reducing costs of labor, equipment, and waste disposal. It provides high sample accuracy and precision, yet costs no more over time than disposable passive diffusion bags or disposable no-purge samplers. 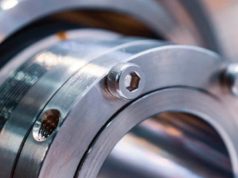 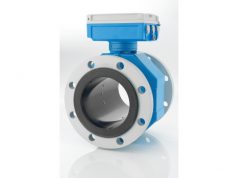 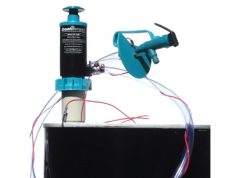