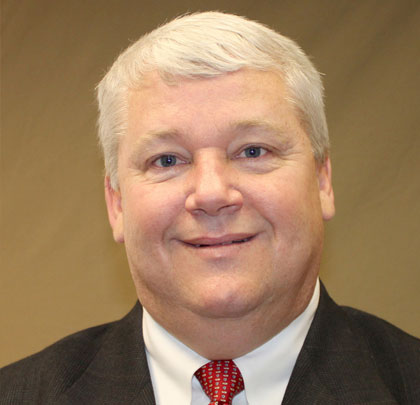 With nearly three decades of experience in industrial and business-to-business publishing, Tim Garmon understands the needs of his partners, advertisers, and—most importantly—his readers. As Modern Pumping Today enters its second year, he took time to address what the past twelve months have shown him about the industrial pump market: what he knew, what surprised him, and what he sees ahead.
Modern Pumping Today:  What influenced you to launch a new magazine focused on the pump industry? How did you know that it could succeed aimed at this market?
Tim Garmon: Before we launched Modern Pumping Today, our team probably conducted close to three years of market research about the industrial pump sector and its audience. I personally got on the phone and spoke with the readers and advertisers, and what I heard repeatedly was that there was room—if not an outright need—for a new voice. Also, what they were asking for wasn’t something currently available. I heard so many people say they wanted more article content, a more varied read from month to month, something that touched on the broad scope of the industry and didn’t leave some markets sitting on the sidelines. That’s the goal we set for ourselves in building Modern Pumping Today.
MPT: What was the initial reception like, and how has it changed after a year of being on the market?
Tim Garmon: Based on our research, we were confident people would respond well to the magazine, but initially, people’s positive response also included “This is great, but do it again next month!” In those first few months after our launch, we had to earn the market’s respect. We hit the road, attended trade shows, met with manufacturers, talked with engineers and operations personnel and maintenance people.
Today, though, we’re reaping the rewards of that legwork. People look for us at trade shows and conferences; they expect us there now.  And the overwhelming number of professionals we talk to express thanks for putting another voice out there. It’s been very gratifying.
MPT: Have there been many surprises along the way?
Tim Garmon: Definitely! This is the sixth magazine that I’ve had a hand in launching, and I can tell you there’s always something you can only learn by experiencing it. However, the most pleasant surprise has been how eagerly people have responded and how welcoming they’ve been to having another publication in their hands.
This past month, we made our second appearances at the Turbo and Pump Symposia in Houston and WEFTEC in Chicago. At both events, our schedule was jam packed. So many people in this industry know one another and have worked with one another that word gets out when someone new arrives. This year represented a real “welcome to our family” moment for us.
MPT: Now that you have access to these insiders, what trends do you see ahead for the industrial pump and rotary equipment markets?
Tim Garmon: Depending on the size of the company, we can see manufacturers heading in one of two directions. Many OEMs are focusing on their core markets—becoming specialists at what they do and doing it better than their competitors. However, as you expand your footprint, the opposite becomes true. Multi-national pump companies are actually diversifying. You see that same thing happening domestically at the distributor level, where your local distributor also takes on the role of application consultant, troubleshooter, and repair shop.
Another trend the industry is addressing is the search for the next generation of designers and technicians. The people who have guided the industry for many years are starting to step down, so companies—and their clients—are looking for who will replace them. They’re concerned about a so-called brain drain slowing down their plans for growth. When I talk to people in the industry, I hear dozens of ideas on how to generate a youth movement within pump design and infrastructure. Frankly, it’s an exciting time to partner with these companies because everyone is so focused on the future. ■
_________________________________________________________________________
MODERN PUMPING TODAY, October 2013
Did you enjoy this article?
Subscribe to the FREE Digital Edition of Modern Pumping Today Magazine!