As a reliability professional since 1962, the author had many occasions to evaluate industry experience and feedback (see reference 1). He first crossed paths with canned motor pumps (CMPs) in 1962 but became more seriously involved years later when analyzing products from several manufacturers. Contact with an innovative and highly respected manufacturer of canned motor pumps was intensified in the late 1980s and findings incorporated in consulting memos to clients. In this article, the author summarizes observations first published in 2008 in the form of nine points (see reference 2), and then follows up by giving the reader a 2019 update. We may find it interesting to note what has (and has not) changed in the intervening eleven years.

In 2008, an experienced European manufacturer had produced CMPs with power inputs of 700 horsepower and more. Relatively high fluid pressures were commonly achieved by CMPs in 2008, but an exact number was missing from the references consulted in 2008. Although fully independent, the prominent data source, a firm that has been in the pump business since 1866, used Swiss pump technology for impeller hydraulics. Separate (clean) slip streams lubricated the sleeve bearings typically installed in the different CMPs then available from this company.

In 2008, the HPI (Hydrocarbon Processing Industry) still had difficulty abandoning the bad practice of installing ill-fitting piping on its conventional fluid machines. While it was originally assumed that a CMP might be slightly more vulnerable than an API-610 centrifugal pump, this was rarely the case for the majority of CMPs. In every instance known to at least one expert, canned motor pumps (CMPs) were designed for significantly higher allowable nozzle loads than the equivalent API-610 pumps. The European CMP manufacturer was able to offer allowable nozzle loads three to four times the maximum API-610 allowable loads (remember, no alignment issues with CMPs). Flange bolting was (and is) usually the limiting factor here.

As of 2019, the favorable findings relative to nozzle loads have not changed. They are recognized as one of the many attributes favoring CHPs over conventional pumps.

In the decades leading up to 2000, and in sizes approaching 750 kW (1,000 horsepower), vertical process pumps equipped with soleplates floating on the pump foundation became the norm at best-of-class facilities. Likewise, the European manufacturer then recommended that CMP base plates (actually, soleplates) not be anchored, but be allowed to float with the piping. Whenever “traditionalists” took it upon themselves to disregard these recommendations, they asked for piping-related problems. Perhaps equally important, floating soleplates offered significant savings in piping costs. On several 2007 or 2008 vintage high-pressure projects, the piping savings equaled the cost of the pumps!

The same is still true today, in 2019. Piping savings with CMPs can be remarkably high; not having to cope with piping issues is a great enhancer of reliability and uptime (availability). Likewise, and to this day, bolting a baseplate to the foundation although the design calls for the baseplate to float, will invite problems for the occasional owner or installer that refuses to follow proper procedures and experience-based recommendations.

WHO SHOULD REPAIR CANNED MOTOR PUMPS?

In the decades from 1970 until 2010, some HPI locations were faced with labor union concerns; “is a CMP an electrical device or is it a pump” was a question heard frequently. Whenever this became a problem, the manufacturer’s then standard recommendation was to return the CMP units to a highly experienced repair facility in an adjoining U.S. state for any necessary repairs. This made sense in view of the limited availability of qualified field maintenance and machine shops personnel in many plants.

Today, the average operating time before a maintenance intervention is needed is 7.5 years. As was true at many locations in 2019, there are many installations that exceed an MTBR (mean time between repair) of eight years. If an issue is clearly confined to the wet end (i.e., the pump), a facility may still choose to ask its in-house experts to dismantle, diagnose, and possibly repair the pump. Removing the pump from the canned motor is not difficult.

In 2008, we often observed engineers who elected to show full allegiance to the marketers of conventional process pumps. “I can’t make a mistake if I just do exactly what my former boss did. He always played it safe and now he’s VP of engineering!” The national sales manager for a prominent CMP manufacturer had observed similar mindsets. He commented that hesitation by uninformed potential buyers to accept what they considered “new technology” was an impediment although, of course, CMPs are mature technology.

By 2019, a few CMP manufacturers had been absorbed by their larger rivals. As of 2019, the significance of paying attention to fluid properties had become more fully recognized than it had been in 2008. Where needed, today’s CMP configurations use back impellers to compensate for the increase in temperature and vapor pressure in the motor (see figure 2); such compensation avoids vaporization, also known as flashing.

In next month’s conclusion to this article, we’ll examine some of the efficiency facts related to CMPs as well as their performance in different running conditions. Lastly, we’ll look at how new developments can best be instituted in today’s applications.

MODERN PUMPING TODAY, December 2019
Did you enjoy this article?
Subscribe to the FREE Digital Edition of Modern Pumping Today Magazine! 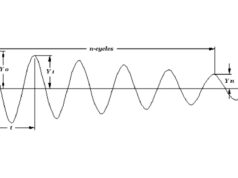