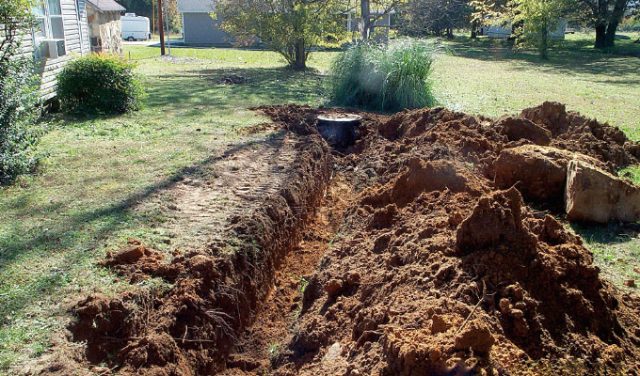 Southside contains a very rocky terrain. In some areas, the ground is clay while in others, approximately three feet of soil sit above limestone and marble bedrock.

The Ozarks, White River Valley, and Mississippi Delta converge in Independence County just southeast of Batesville, one of the earliest settlements of the Arkansas Territory and esteemed today as the state’s second-oldest city. During their 200-year history, Batesville flourished while the unincorporated patchwork quilt of small towns collectively known as Southside played “the other side of the tracks” to the county seat on the northern banks of the White River, their dividing line.

In recent years, however, Batesville revived a long-standing covetousness of its traditionally less prosperous cousin. Southside, whose biggest economic worry regarded slowing growth, had started to blossom. After some of Batesville’s businesses began relocating there, it proposed in 2014 to annex Southside to commandeer land for its own expansion. But Southside, wary for generations of Batesville’s appetite, had another vision for itself and moved first and fast. Residents went to the polls later that year to vote on their own initiative: incorporation. When the final ballots were counted, Southside became the state’s 501st and newest city, population 3,901.

In hindsight, a sewer system’s success might have been the allure of inciting the whole sequence of events. 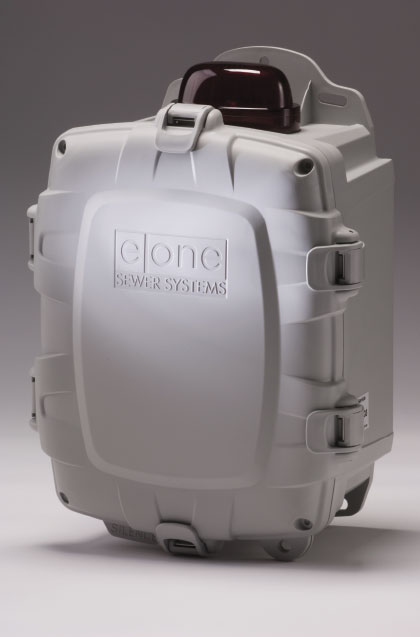 The E/One Sentry line of alarm panels are custom designed for use with E/One grinder pumps. The panels provide the latest technology and the greatest flexibility for customizing features to satisfy individual needs.

During its existence, Southside’s “wastewater system” evolved from privies and cesspools to a predominance of septic tanks for sewage disposal. Some septic systems were more than a half-century old, falling into disrepair and even presenting potential health hazards.

“Most home sites required at least one acre for the septic system,” says Mark Carlson, a former wastewater plant supervisor for the Southside Public Water Authority (SPWA) and currently the utility’s electrician supervisor. “Some sites would not perk and could not be used for housing. Being able to shower and do laundry on the same day was a problem for some, as was using your yard or mowing grass because of the soggy ground. Sewage smells during wet weather were not uncommon. In wetter areas, you could smell raw sewage when you lifted the lid to read the water meter.”

When it began exploring a septic alternative, the Southside Rural Water Association served the locality. Like in most unincorporated areas, it was powerless and possessed few fiscal resources so a traditional gravity network was impractical from a financial standpoint, especially when privately owned septic systems did not provide any revenue.

Southside initiated its septic-to-sewer conversion by contracting Crist Engineers, Inc. in Little Rock. After evaluating areas most in need of wastewater collection, the firm designed a pressure sewer system incorporating an initial 611 grinder pumps to service about 675 connections comprising homes atop the 500-foot Ramsey Mountain as well as the lower business district concentrated along both sides of Highway 167.

“The area that could be effectively served was put on the election ballot as a Sewer Improvement District for voter approval of a tax,” says Carlson. “On the same ballot, there was an incorporation of Southside issue to preclude any desire the city of Batesville might have to annex parts of Southside. Voters tied the two issues together and voted both down.”

With the help of Crist and some political sway in the state capitol, Southside’s leaders successfully argued for a law allowing the Southside Rural Water Association to transition to the non-profit SPWA. The move made public financing and grants possible.

Helmed by Matt Dunn, a partner at Crist Engineers who oversaw the Southside project and design, SPWA bankrolled a project that included a packaged extended aeration-activated sludge treatment plant, an HDPE pipe collection system, two lift stations and Environment One Corp. (E/One) manufactured grinder pumps after Dunn helped secure a loan of $8.2 million from the U.S. Department of Agriculture-Rural Development; a loan of $300,000 from the Arkansas Natural Resources Commission; and, a $300,000 grant from the Delta Regional Authority.

The capitalization “was pretty straightforward. We do this with our municipal clients all the time,” says Dunn. “Our firm has done other projects with E/One. We wrote a spec around the E/One grinder pump station and kind of pre-qualified E/One, and it actually was a bidder.”

The All-Terrain Sewer® (ATS) from E/One begins with an E/One grinder pump station —activated by more than one million end users daily—which has a tank about the size of a dishwasher that is buried in the ground, its lid easily camouflaged with minor landscaping. Inside, the primary component is a 1-horsepower, semi-positive displacement pump.

The pump’s robust torque can propel wastewater through small-diameter, inflow-and-infiltration-free pressurized pipe buried just below the frost line for a distance of more than two miles—or even straight up 185 feet—to a force main or treatment plant. The total dynamic head provides a nearly identical flow rate regardless of the network’s contours and fluctuating elevations, making the ATS the appropriate technology for Southside’s challenging physical characteristics.

“It’s a very rocky terrain with a lot of undulation topography,” says Dunn. In some areas, the ground is clay while in others, approximately three feet of soil sit above limestone and marble bedrock. The lower reaches near the river have high water tables which, like septic leach fields, become exacerbated by Southside’s annual rainfall of 30 to 40 inches. In these circumstances, a gravity system—unlike the ATS—would require de-watering, a massively expensive and environmentally disruptive requirement to bury large, pitched sewer mains.

Ultimately, Southside did not even solicit a bid for a gravity system. Besides a series of lift stations (which alone would have added millions to the budget), a “gravity system was just not feasible due to the rock and topography that we were facing in this area so that’s what led us to the All-Terrain Sewer option,” says Dunn. 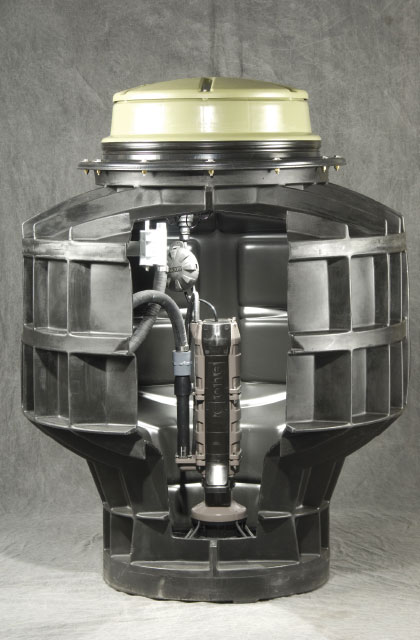 Featuring the E/One Extreme grinder pump, the WH231/WR231 offers a high level of reliability and ruggedness. The lower portion of the tank has a smaller diameter, tapered down to a dish-shaped bottom. These design features reduce the retained volume and promote scouring, which will minimize odor and corrosiveness.

Initially, SPWA gifted its wary and often cash-strapped customers a turnkey service through which it would purchase, install, own and operate the grinder pumps and ATS connections on private properties.

“We didn’t have the ability to force people who were already on private septic to hook on a public system,” says John Richardson, SPWA’s manager. “We offered all the equipment and installation and even the switchover from their homes to the tank at zero cost to them.”

Southside adheres to the state law requiring any new construction within 300 feet of a public sewer main to connect to it. A county sanitarian will not issue permits for new private septic systems if a public sewer is within that distance.

Under current SPWA statutes, “All new construction, or any connections to the current system, will require a connection fee to be established by the board of directors, based on the cost of a complete grinder pump station, discharge piping and labor to install it, estimated at this time to be in the $5,000 to $6,000 range along with a sewer deposit.”

In next month’s conclusion, we’ll take a closer look at how SPWA and E/One worked together to address some of the important questions raised during the proposal’s exploratory phase—especially those focused on future operations and maintenance (O&M) expenditures including pump replacements, parts, and labor. Also, we’ll demonstrate how the E/One system better handles the community’s growth than would a typical grinder pump.

With corporate headquarters in New York and regional offices and distribution throughout the industrialized world, Environment One Corporation (E/One) is a manufacturer and provider of products and services for the disposal of residential sanitary waste and utility systems for the protection and performance optimization of electric utility assets. For more information, visit www.eone.com. 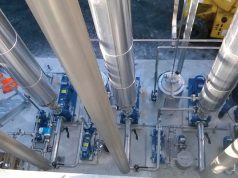 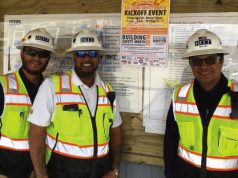