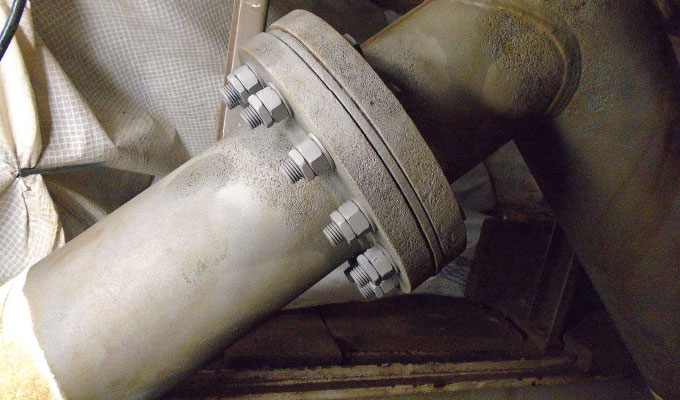 The mission of the OGTC, which is jointly funded by the UK, Scottish, and Aberdeen governments, is to establish a culture of innovation that will consolidate Aberdeen’s and North-East Scotland’s position as a global hub for oil and gas technology and innovation.

The challenge, however, is that the UK’s North Sea is one of the most brutal climates in the world. Often ice cold and windswept, the rigs in the North Sea face a constant corrosive onslaught of waves and salt spray.

THE COSTS OF TRADITIONAL COATINGS

Traditional coatings simply cannot withstand the environment. The cost of maintenance on a rig can be up to 100 times as expensive as land based maintenance because crews and supplies often have to be helicoptered out to the site, so when coatings fail it costs the asset owner enormous amounts of money.

OGTC worked with EonCoat’s UK distributor and applicator, SPi Performance Coatings, to implement two trial programs. With OGTC’s vision and sponsorship, SPi applied EonCoat to a Total E&P platform and a Nexen platform, each of which is located on the UK continental shelf in the North Sea.

Total is a global integrated energy producer and provider, and a leading international oil and gas company, with operations in more than 130 countries.

SPi applicators, along with EonCoat material and equipment, were helicoptered to Total’s Elgin ‘A’ Wellhead platform on December 17, 2017. The coating was applied to areas of the platform’s lower deck that were suffering from severe corrosion, and a topcoat was added for aesthetics.

Surface preparation for the trial was carried out by Muehlhan, a global provider of surface protection and industrial services with operations in shipping, oil and gas, renewables, and industry/infrastructure segments.

In the trial area, the existing coating system was completely removed from structural steel tubulars and flat plate. The structure was power washed and degreased to remove contaminants. All tubulars were blasted to SA2.5, and flat plate mechanically prepped to ST3.

While rust rashing was visible on areas prior to spray application of the anti-corrosion coating, this was deemed acceptable due to its unique properties. It can be applied to a damp substrate with rust rashing/flash rusting, and high salt levels do not degrade the coating, which reduces surface preparation requirements.

The coating can cure in a single coat fifteen minutes after application, depending on climatic conditions, which expedites completion, compared to traditional coatings, which require extensive drying time between coats.

In contrast to traditional coatings, which only form a physical barrier to corrosion until breached, EonCoat chemically bonds with bare substrate surfaces, providing an iron magnesium phosphate layer that prevents steel corrosion. This process provides a very thin layer (about 2 microns) of permanent protection.

A second layer—a tough ceramic outer shell—provides further protection, and also acts as a reservoir to re-phosphate the steel if needed. This ensures the alloy layer remains intact, and allows it to “self heal” if it is ever breached by mechanical damage.

During this ongoing trial, testing has been done via cross cuts of about 6 to 8 inches in length down to the substrate to provide evidence of EonCoat’s self-healing properties.

After the early success of the Total E&P trial, a second offshore trial is now being conducted. SPi applicators, as well as EonCoat material and equipment, were helicoptered to Nexen’s ‘Buzzard’ platform on June 18, 2018.

While results from this second trial are still under consideration, they look extremely promising.

As oil and gas E&P companies look to combat offshore asset corrosion, extend safe production and reduce the need for costly maintenance and downtime, we look forward to working with OGTC, Total, Nexen, Muehlhan, Stork and other platform owner/operators in the North Sea.

Merrick Alpert is president of EonCoat. EonCoat manufactures and sells its patented EonCoat® anti-corrosive coating to large industrial customers throughout the world. EonCoat is focused on preventing corrosion on a wide scale, and the company only works with corporations of significant size, often those that are publicly traded with multinational operations. For more information, call 754.222.4919 or visit www.eoncoat.com.