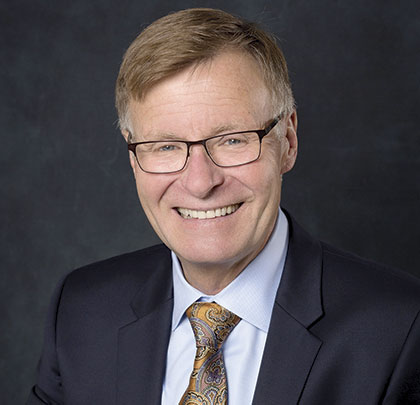 Steven L. Blue on the battle-tested truths of building a winning corporate culture.
Critics have said American companies can no longer support manufacturing within its borders when facing international competition. However, in his new book, American Manufacturing 2.0: What Went Wrong and How to Make It Right, Steven L. Blue shares his take on the position of domestic manufacturing in a global marketplace. Mr. Blue posits that by embracing the “7 Values of Ingenuity™” American manufacturers can once again become the main builders of the world economy.
MPT: What is the current state of America’s OEMs?
Steven L. Blue: The reason we won the Second World War was because we out-produced our enemies. The government and private enterprise collaborated in an unprecedented way that hasn’t been seen since. So how did we go from the mightiest manufacturing juggernaut in the world to the equivalent of room service for the Chinese? How did the workforce that won the war end up outsourced to India?
The reason United States manufacturing is crumbling all around us is fat, dumb, and happy leadership. Leadership that chooses to exploit employees rather than inspire them. Leadership that chooses to treat employees more like servants than patricians. Leadership that chooses cultures by default instead of by design.
MPT: What are the “7 Values of Ingenuity™” and how can OEMs implement them into their processes today?
Steven L. Blue: Most hardcore business executives want new marketing plans, faster machines, and more productive factories. So do I. But consider this: Your competition can buy the same machines as you. They can gin up a new marketing campaign to trump yours, and it’s really not that difficult to create a more productive factory. Anyone can do it, and you can bet your competition is planning that right now.
So how do you create a sustainable advantage? With values. But not just any values. You need the right values that move the organization forward, rather than dragging it backward, as too many organization value-sets do. Too many businesses have what I call “bumper sticker values.” Values that sound good in the C-suite but aren’t alive and real in the organization.
The 7 Values of Ingenuity™ weren’t chosen at random. They were battle tested over my forty-year career. Forged from the steel of the most trying and difficult business conditions you can imagine. The 7 Values are relational—in that one builds upon the other. And importantly, the 7 Values have to be implemented in an organization in a linear fashion.
First you must build leadership credibility. Then and only then can you build a culture by design, not default. And once the culture has been designed, it is time to build today’s organizational capability. Only then can you introduce advanced innovation practices to build future capability. ◆
____________________________________________
MODERN PUMPING TODAY, December 2016
Did you enjoy this article?
Subscribe to the FREE Digital Edition of Modern Pumping Today Magazine!