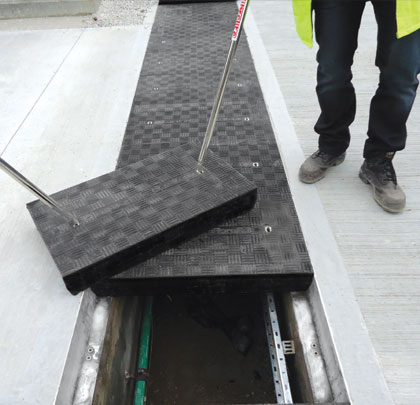 With recent statistics attributing over half of injuries (resulting in absence from work) to manual handling it’s already known that reducing hazards in this area is a priority on a global scale. Because of legislation restricting acceptable manual handling weights, we are seeing a global trend towards lighter weight FRP composite (fiberglass reinforced plastic) manhole and access cover materials, which also have the benefits of ease of handling and corrosion resistance.
Lightweight composite covers that provide safe and easy access eliminating unsafe manual handling issues are replacing aging concrete and heavy cast iron access covers all over the world. By using lighter materials, operational injuries are prevented, work sites are made safer and ease of installation and maintenance is made available to utility workers and contractors. 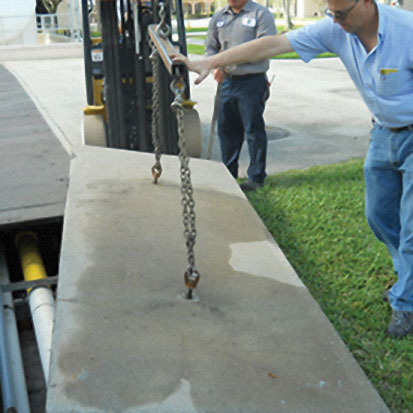 USING COMPOSITES CONTROLS CORROSION COSTS
One of the primary problems facing the United States today is our country’s aging infrastructure. Across the nation, bridges, highways, rail lines, water lines and sewer systems are deteriorating at a rapid pace. One of the principal factors related to the deterioration of infrastructure is corrosion.
According to a study by the National Association of Corrosion Engineers (NACE), the direct cost of infrastructure corrosion was over $22 billion in 2002 in the United States alone. Adjusted for inflation, the direct cost of corrosion in 2013 is estimated to be over $42 billion on an annual basis. It has been estimated that at least 25 to 30 percent of annual corrosion costs could be saved if optimal corrosion management practices were employed. 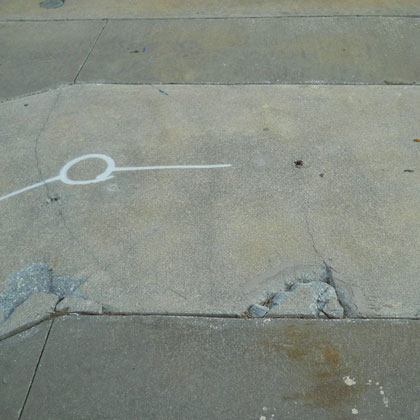 UNDERGROUND INFRASTRUCTURE
The underground infrastructure of the United States is particularly exposed to corrosion because its core components are often installed in contact with soil, often convey water or more corrosive liquids and many components such as manhole covers, frames and grates are installed at grade and are completely exposed to the elements. The scale of the affected systems that are subject to corrosion and decay is immense.
According to the American Waterworks Association (AWWA), there are approximately 876,000 miles (1,409,790 kilometers) of municipal water piping in the U.S. The country’s sewer system network is estimated to exceed 800,000 miles (1,287,475 kilometers) of underground piping.
FRP products are now being widely used for applications where corrosion can destroy underground infrastructure. Perhaps the prime reason for using FRP products is because of their inherent corrosion resistance. In many cases, they are the only materials that will handle a given service environment; and in other cases their corrosion resistance is combined with their lower unit cost to make them the most economical acceptable solution (for example, when compared to high grade stainless steel). Corrosion resistance of FRP is a function of both the resin content and the specific resin used in the laminate. There are various resin systems available today which provide long-term resistance to almost every chemical and temperature environment. 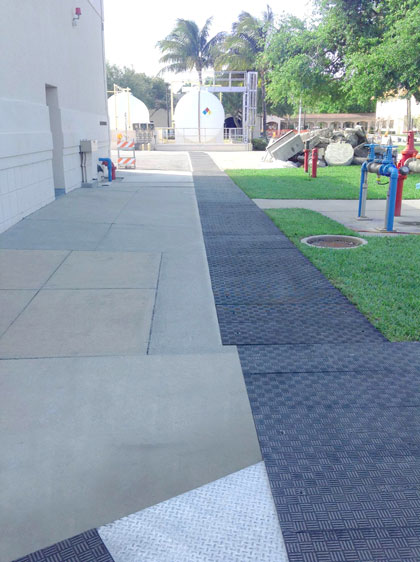 RECENT CASE STUDY: US WATER TREATMENT PLANT
A large water treatment plant on the Atlantic coast of Florida has recently replaced their aging, concrete trench panels with a series of Fibrelite’s lightweight, composite alternatives. The facility, which produces approximately 30 million gallons (113.5 million liters) of drinking water per day, requires access to service pipe work on a regular basis for maintenance and repairs. The large concrete panels they had in place, common within the water treatment industry, were not only difficult and dangerous to remove but had also degraded and crumbled over time.
By helping to reduce the costs of corrosion, composite covers can allow municipalities, utilities, and other operators of underground infrastructure to improve the financial strength of their enterprises.
BENEFITS ACROSS THE BOARD
Composite manhole covers, such as those produced by Fibrelite, are highly resistant to all forms of corrosion. For this reason, they have been specified for use in highly corrosive environments such as steam manhole vaults. In many major cities, district energy networks operate large underground piping systems used to transmit steam from a central plant to nearby office buildings, hotels, hospitals and apartments. The steam or superheated steam that is transmitted in such systems can often reach temperatures as high as 300 degrees Fahrenheit (149 degrees Celsius). Due to the high heat of the steam, many utilities require the use of a thermally non-conductive composite manhole cover to prevent the accidental burning of pedestrians that may come in contact with the cover. Composites are also becoming highly attractive as a result of the metal theft epidemic as they provide the perfect solution—they won’t be stolen for their resale value. ■
_________________________________________________________________________
ABOUT THE AUTHOR
Jo Stott is the marketing director for Fibrelite. She can be reached at 44.1756.799.773 or by emailing jostott@fibrelite.com. With plants located in the United States, United Kingdom, and Malaysia, Fibrelite products are tried and trusted in over eighty countries around the world. More information can be found at www.fibrelite.com.
_________________________________________________________________________
MODERN PUMPING TODAY,  December 2013
Did you enjoy this article?
Subscribe to the FREE Digital Edition of Modern Pumping Today Magazine! 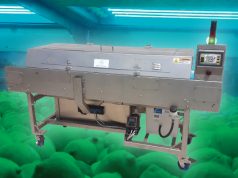 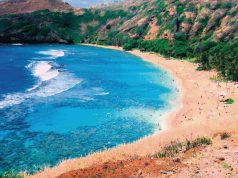 Don’t Wanna Go Back to My Little Cesspool in Aloha, Aloha 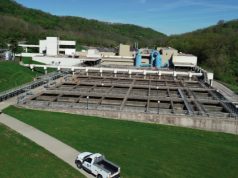