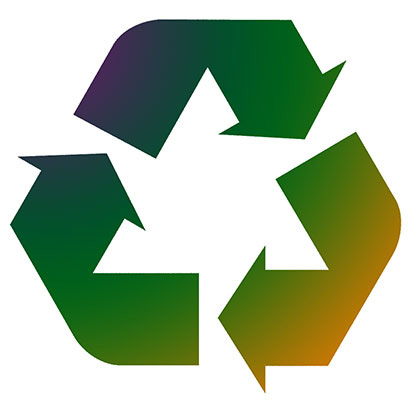 As utilities incorporate more wind and solar sources into their generation mix, they are faced with two problems. One is that both wind and solar are highly variable and their peak output doesn’t necessarily line up with peak demand. The other is that they don’t provide the reactive power needed to support the grid. Pumped hydro storage (PHS) is a proven method of balancing production and demand. And, by adding a clutch between the turbine and generator, the PHS plants can also provide the needed grid support not being provided by the renewable power sources.
THE ROLE OF WATER PUMPS
Water pumps can be huge consumers of electricity. Take the example of the California Aqueduct’s Edmonston Pumping Plant. Each of the 65 foot (19 meters) tall, 400 ton (362 tonnes) pumps requires about 60 MW of electricity to drive its 80,000 horsepower motor and lift 315 cubic feet (9 cubic meters) per second of water up 1926 feet (587 meters) to cross the Tehachapi mountains. And that pumping station alone has fourteen such pumps.
But water pumps can also play a huge role in stabilizing the grid and evening out power generation and consumption. Pumped hydro energy storage involves using massive pumps, when there is excess generation and electricity costs are low, to move water uphill to a reservoir. Then when demand is high, the water flows back downhill through a turbine to generate electricity.
As renewable portfolio standards increase, the question is how to balance output and demand when much of the electricity is being generated by highly-variable wind and solar stations that operate on nature’s schedules, not the markets. While new technologies such as massive battery packs and supercapacitors have hit the market, a proven, economical and efficient method is to use pumped hydro storage. Originally developed to allow large nuclear and fossil plants to operate at full capacity around the clock, the technology can also be used to smooth out the fluctuations from renewable generation sources.

THE NEED FOR BALANCE
For a variety of economic, environmental, and public relations purposes, utilities around the world have been installing huge quantities of renewable energy. According to the World Wind Energy Association, in 2012 hydropower accounted for 16.5 percent of the global electricity production and other renewables accounted for another 5.2 percent. Global wind power capacity had grown more than nine-fold over the past decade, from 31,000 MW in 2002 to 283,000 MW in 2012, with a third of that capacity installed in the previous two years. Solar has seen similar growth rates. According to a September report from Bloomberg New Energy Finance, 36,700 MW of solar photovoltaic power will be installed this year, surpassing new wind power installations for the first time.
The problem with wind and solar, however, is that their output cannot be scheduled to meet demand. In certain areas, such as the deserts of the Southwestern United States or the Arabian Peninsula, peak solar production does coincide with the demand for afternoon air conditioning. Other areas aren’t so lucky. As German magazine Der Spiegel reported in January 2012, “As is so often the case in winter, all solar panels more or less stopped generating electricity at the same time. To avert power shortages, Germany currently has to import large amounts of electricity generated at nuclear power plants in France and the Czech Republic.” But, in August 2013, the German solar panels generated a record 5.1 Terawatt hours of electricity. Looking at wind power, many areas, output tends to be highest at night and highest in winter, when demand is lowest.
THE RIGHT MIX TO MEET DEMAND
Now, if it were simply a matter of balancing summer and winter or day and night power generation, it wouldn’t be much of a problem; fossil or hydropower could be scheduled ahead of time to compensate. But in reality wind and solar can fluctuate minute by minute. A cloud moving across a solar panel can instantly cut its output by more than half, and wind tends to be gusty rather than steady. The California Independent System Operator (CAISO), which operates the power grid in that state, demonstrated through their research how a mix of fossil, wind, and solar generation sources could smoothly ramp up and down during the day to meet changes in output and demand. However, that is an ideal scenario, and we don’t live in an ideal world. In the real world, wind and solar output don’t follow smooth curves, but swing wildly.
As a CAISO senior advisor for market and infrastructure told a conference, CAISO can lose 500MW in five minutes due to clouds or wind changes. The big challenge is balancing wind and solar in real time due to sub hourly variations.
Although new gas turbines have come out in the last few years that can start in under ten minutes in order to compensate for sudden drops in output, much research is being done on developing methods to efficiently store excess electricity until it is needed. The U.S. Department of Energy’s Sandia National Laboratories maintains an International Energy Storage Database (see www.energystoragexchange.org) that lists fifty different types of energy storage in use at more than 400 locations around the world. Some of these are small battery-storage installations that can provide a little emergency backup in the event of a blackout, but at the top of the list are more than 150 power plants using pumped hydro energy storage to deliver up to 3000 MW of power for ten hours straight.
Not only can pumped hydro serve to smooth out the fluctuations of renewable energy, but make it possible for a utility to run its lowest cost and most efficient power plants at full capacity around the clock, instead of having to turn them down over night. With the right design, a pumped hydro plant can also help stabilize the grid even when it is not generating power, allowing more power to be transmitted over a line and reducing the risk of blackouts. Let’s look at two long-running plants in southern Germany to see how they operate.