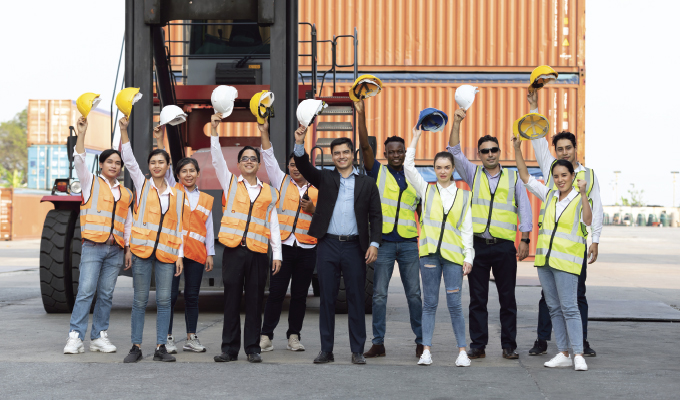 As in all professions, there are individuals who graduated near the top of their class, and others who graduated last. Rarely would we want to entrust our health, home, children, or food preparation to the ones who “barely made it” and, since getting out from whatever schools they may have attended, have learned (or contributed) next to nothing. The author and his colleagues often append this material to our main texts for the benefit of managers whose responsibilities include the grooming or development of reliability professionals and/or subject matter experts (SMEs). We also include this material to guide individuals who quite correctly view it as one of the roadmaps to self-improvement.

After a bit of history, this series presents experience-based remedies that have allowed many engineers to climb out of the rut in which others continue to find themselves. The specifics of successful training are given here. Specifics are important because the engineering profession finds itself surrounded by buzzwords and clever acronyms. However, many buzzwords and catchy phrases are mere consultant-conceived generalities. Some have been labeled “flavors of the month,” the equivalent of feel-good quick fixes.

LACK OF RECOGNITION HAS ORIGINS

In the 1950s and when some of us graduated from engineering colleges in the early 1960s, a mechanical engineer’s career was largely influenced by supervisors and managers who had moved through the same, or very similar, knowledge-based career steps. Guidance and direction given in those days was far more focused than what is being offered six or seven decades later by generalists and managerial types. The worldview of the early twenty-first century’s boss is often shaped by motives and forces substantially different from those that prevailed fifty years ago. The ultimate effects of this “new thinking” are decisions that often endanger the health and safety of personnel. In some instances, decisions and indecisions have put the profitability and survivability of entire corporations at risk. Some of the most prominent names in manufacturing, transportation, and aviation have vanished, and it would serve no purpose to dig up the underlying reasons for their demise.

As we now enter the decade of the 2020s, far fewer engineers are enabled and empowered to be decision makers; also, the visibility of the profession has been diminished. A further shrinking of the overall prestige of the engineering profession has taken place over the past two to three decades. This reduced prestige is partly caused by engineers tacitly allowing a cheapening of products and services, and the profession often tolerating repeat failures. Add the fact that engineers rarely speak with one voice and have, on more than one occasion, accepted sales pitches and claims that run counter to the laws of physics and science. As a result, even their very credibility is sometimes questioned.

Making matters worse, many engineers are either not interested in thoroughly documenting their work or are unable to express themselves with fluency and accuracy. These inabilities tend to impede their progress and can close the door to professional recognition. Then also, and quite unlike medical doctors whom one would consistently address as “doctor,” engineers are perfectly content being called by their first names. That fact alone might illustrate why engineers are not held in the same esteem as the medical profession. Moreover, many engineering graduates consider studying for a professional engineer’s exam a waste of time—for whatever reasons. However, having the drive and motivation to study for and pass such an exam would be perceived as a positive step by others, and would often help improve one’s own sense of self-worth and accomplishment.

In contacts with the legal profession, as expert witnesses or otherwise, engineers very often concede the entire field to the attorneys. Many engineers meekly endure attacks on them or their credibility. They allow lawyers to browbeat them into submission. This, too, does nothing positive for the esteem in which others hold the engineer’s profession. Allowing such attacks or conceding the field to those who shout the loudest is not enhancing an engineer’s image. But fortunately, it does not have to be that way. Observe, for instance, how the top companies train and grow their reliability engineers or subject matter experts (SMEs).

THERE ARE CHOICES TO BE MADE

While time and unforeseen occurrences befall anyone, it is equally true that our lives are largely influenced by the choices we make. A reliability engineer can choose to receive virtually all his or her post-college training in the form of on-the-job learning. Of course, there’s nothing wrong with traditional on-the-job learning; chances are the process reliability professional started his career by splitting his time between field training and the many other training methods that were available to him. We can be certain that one such “other method” will be chosen by those that buttress and supplement their field learning with mature reading habits.

It is a well-recognized fact that mature reading habits will greatly accelerate the acquisition of thoroughly marketable skills. A disciplined reader’s knowledge intake will progress in considerably more structured and measurable ways than the intake and absorption rate of a traditional on-the-job learner. Reading is one of the keys to professional growth

Accepting and absorbing as “fact” what somebody else tells us may not always be of true benefit, but neither will the act of discarding everything that others have done before us. For instance, some engineers offer guesses instead of solutions, or accept on blind faith what others tell them “on the job.” Some, not having trained their thinking abilities, confine their contributions to voicing concerns over potential problems. Although having a degree in engineering, practitioners of a shallow version of engineering put themselves at risk of being viewed by management as a dispensable job function, a “pair of hands,” a person deserving little respect, one that can be readily terminated, and easily replaced by contract employees.

On the opposite extreme of the ones who habitually spout off opinions are the perfectionists. Perfectionist engineers see doom in every decision made by man. They will “study things to death,” not realizing that there are many endeavors that do not merit investigation or micro-definition beyond a certain point. Obviously, either of the two extremes must be avoided, and science must always trump gullibility and sales pitches. On the other hand, testing and understanding “the mechanics of things” is always a sensible pursuit, as is thoroughly examining underlying design principles. This implies that a balanced view must be sought; it stands to reason that finding and consistently practicing this balance will require effort. It also requires an investment in time, and certainly implies reading and thinking not just on one’s employer’s time, but also on one’s own time. Reading, learning, and progressing are shared responsibilities. Both parties must invest in this activity, and the employer should periodically sit down with the employee to examine progress. During such performance appraisals, the parties could go over such topics as “how we do procedure ‘X’ or repair ‘Y’ at this facility versus how the book tells us it’s done at best-in-class (“BiC”) facilities.”

True professionals have balance. They learn to identify root causes of problems and map out remedial actions that avoid problem recurrence. While it is certainly never too late to choose cultivating the balanced view, it is obviously best to do so early in one’s life. Regardless of how and when acquired, a balanced view can be transferred into a job situation. The acronym “CCC” is worth remembering: “Cooperation. Communication. Consideration.” Practicing all three is needed if we want to consistently add value.

WHY SHARED LEARNING AND A MEASURE OF SPECIALIZATION ARE IMPORTANT

When a person learns and/or adds experience in a field that is logically related to his or her job function, both employee and employer stand to benefit far beyond their original expectations. The employee gains a sense of self-worth that will allow him or her to confidently look ahead to an otherwise hazy employment future. By nurturing an employee’s desire to learn and become an above-average contributor, an employer may well gain a value-adding employee. The employee adds value by acquiring and cultivating the ability to make “go-no-go” or “do versus don’t do” decisions. These decisions will be based on more fully understanding risks and consequences; the ability to carefully weigh these decisions can be worth a fortune. A smart employer, therefore, makes training a shared responsibility. Such an employer will faithfully do his or her part; likewise, the employee will consistently and conscientiously do his or her part.

Bright people have an intuitive understanding of the merits of having not just a job; they wish to gain an increasing measure of marketable knowledge, or marketable skill. They put themselves in charge of their own future and assign great value to the systematic acquisition of a definable specialty. They also know, ultimately, how they compare against above-average competitors.

ACTING AT THE STUDENT LEVEL

Let’s just assume the reader is a student and future mechanical engineer with the goal of specialization in rotating machinery for oil refineries and petrochemical plants, or reliability improvement of fluid machinery (pumps, turbines, compressors). Note that this arbitrarily chosen specialization goal is not as narrow as, say, “small metering pumps.” An overly narrow area might not serve you in the long term if, for instance, small metering pumps were suddenly being replaced by “electronic stroking pistons” or whatever. Likewise, an overly broad area of specialization (such as “machinery and equipment”) might be presumed to include bookbinding, consumer goods packaging, shoe manufacturing, and ten thousand other types of machines. Claiming coverage of such an area could be grounds for suspecting a measure of shallowness or naivete in the applicant.

A LOOK AHEAD: STEPS IN THE TRAINING AND LEARNING PROCESSES

In next month’s conclusion, we’ll re-emphasize the maxim that the most important learning process in an engineer’s training begins after graduation. Specifically, we’ll dig deep into distinct phases of learning, from reading trade journals and technical books to participating in off-site meetings and conferences. Each phase builds on the others, requires different demands, but also presents exponential rewards.

Heinz P. Bloch resides in Montgomery, Texas. His professional career commenced in 1962 and included long-term assignments as Exxon Chemical’s regional machinery specialist for the United States. He has authored or co-written over 800 publications, among them twenty-four comprehensive books on practical machinery management, failure analysis, failure avoidance, compressors, steam turbines, pumps, oil mist lubrication, and optimized lubrication for industry. Bloch holds a B.S. and an M.S. degree (cum laude) in mechanical engineering from Newark College of Engineering (NCE). He is an ASME Life Fellow and was awarded life-time registration as a professional engineer in New Jersey. He is one of ten inaugural inductees into NCE’s Hall of Fame, which honors its most distinguished alumni.