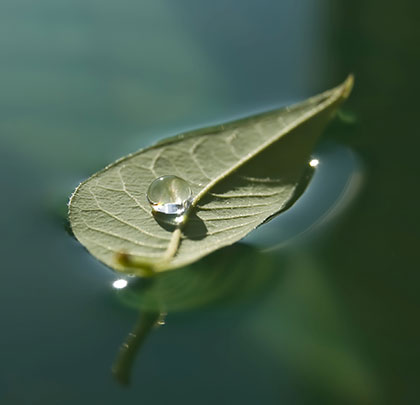 Many inhibitors considered for use in an environmentally friendly corrosion inhibitor program are organic in nature and may be subject to oxidation. This paper aims to expand on previous studies to determine acceptable green corrosion inhibitors for use in open system cooling waters by examining the effect of oxidizing biocide on their performance. Pilot-scale corrosion testing is used to generate results from corrosion coupons and corrator electrodes under chlorinated synthetic water conditions. Several carbon steel corrosion inhibitors are examined and their performance monitored under conditions of continuous chlorination over five days. The results are used to further validate and select the most appropriate and cost effective product for use as a green corrosion inhibitor.
OXIDATION OF INHIBITORS AND THEIR PERFORMANCE
Organic and inorganic corrosion inhibitors and combinations thereof have been used for many years to reduce corrosion of mild steel in industrial heat exchange equipment. It is important that the inhibitors used for mild steel corrosion protection be as safe to use as possible and be environmentally friendly. In previous work, the pursuit of a green carbon steel corrosion inhibitor led to examination of several commercially available inhibitors under synthetic laboratory conditions (see reference 1). This paper is a continuation of that quest by concentrating on many of these same inhibitors and the effect of oxidizing biocide, such as sodium hypochlorite, on their performance.
It is known that oxidation of inhibitors can affect their performance. For instance, reversion of some phosphonates to orthophosphate is quite common under the right oxidation conditions (see reference 2). Some manufacturers have suggested that their phosphorous based organic inhibitors be protected with amine to prevent this phenomenon (see reference 2). It is thought that combined chlorine (e.g. chloramines) is less destructive of inhibitor structures than free chlorine. Another example of a performance issue for inhibitors is the oxidation of azoles and the resultant increase in yellow metal corrosion if too much azole is lost in the affected system. This can lead to a serious secondary problem of increased mild steel corrosion caused by plating of the copper onto the mild steel (see reference 3). Some water technology providers have recognized this serious problem and used various methods to combat the loss of azole due to oxidizing biocides (see reference 4).
Oxidizing biocides like sodium hypochlorite are used to reduce biological problems in cooling systems. They also minimize loss of heat transfer and minimize health related issues like Legionella pneumophila. Biological slimes can lead to under-deposit corrosion and efficiency loss due to a combination of organic and inorganic scale deposits (see reference 5). Legionella is a serious health concern and has even lead to the death of affected individuals (see reference 6). Aside from possible negative health consequences, poor biological control can also be a great liability to facilities and management for unprotected systems. Although oxidizing biocides perform the very necessary function of minimization of biological problems, they are also known to reduce the efficiency of some scale and corrosion inhibitors as previously mentioned. One of the main purposes of this current research is to identify green inhibitors that are least affected by oxidation. The relationship between inhibitor choice, mild steel corrosion rates, and copper corrosion rates was also investigated in this work.

Table 6 (Left): High hardness synthetic water conditions
Table 7 (Right): Low hardness synthetic water conditions
METHODOLOGY
As was the case in previous work, the goal is to be as green as possible while performing adequately for the purpose intended. In the first paper, green criteria were identified as high biodegradability, low ecological toxicity, favorable NPDES status, minimal heavy metals, good safety profile, and status as a drinking water additive. Certain inhibitors were identified to be more favorably green than others, including: aspartic acid polymer (AAP), phosphono-carboxylic acid mixture (PCM), hydroxyphosphonic acid (HPA), polyamino-phosphonate (PAP), and stannous chloride. Corrosion inhibition mechanisms of these inhibitors are discussed in more detail in previous work (see reference 1). This work concentrates on testing the organic inhibitors and their possible reaction with an oxidizing biocide such as sodium hypochlorite. An enhanced phosphono-carboxylate (EPOC) has been added to the list of organic inhibitors investigated in this work while stannous chloride has been omitted from the testing because it is inorganic.
EXPERIMENTAL PROCEDURE
The conditions of the test were identical to those found in our previous work, except for the automatic addition of a bleach solution based on an ORP probe. After twenty-four hours of a test run, the ORP set point was increased by 100 mV. The free and total chlorine levels were intentionally high at 0.5–1.5 and 1.0–2.5, respectively, to simulate a system that did not have good control, as can be commonly found in field conditions. This also provided circumstances that were conducive to comparing inhibitors to a control. Test runs were five days long during which mild steel and copper corrator data was collected. Appearance of corrosion coupons was also observed. Most of the tests were run using a synthetic water that was both corrosive and scaling, shown in Table 6. Later tests runs were done using a water that would be considered low hardness to simulate a soft water system, shown in Table 7.

Figure 5: Corrosion testing circulation loop
TEST APPARATUS
Figure 5 shows the test apparatus, consisting of a circulation loop with the return water line aerated before returning to the sump. This provided the necessary oxygen to simulate cooling tower water. The flow rate was 7.0 gallon (26.5 liters) per minute in 1 inch (25.4 millimeters) clear PVC piping for ease of visual inspection. This corresponds to a linear velocity of 3.2 feet (0.98 meters) per second, which is in the range of accepted flow rates for corrosion coupon racks (see reference 7). The temperature for each run was maintained at 95 degrees Fahrenheit (35 degrees Celsius); the heat was provided by the circulation pump. Oxidizing biocide was also added to the sump using an ORP monitor and relay set-point. This feature allowed for automatic oxidant addition for the five day test runs.
A LOOK AHEAD
In next month’s conclusion to this series, we will examine the testing results in terms of corrosion coupons of carbon steel and corrator analysis for both hard water and soft water. We will also present visual representations for corrosion rates and imbalance rates for organic inhibitors and combined inhibitors, as well as corrosion rates for combined inhibitors. By the conclusion of this series, readers should see, after careful inspection of the test results, that it is possible to design a greener solution that does not sacrifice performance or increase usage cost. ■