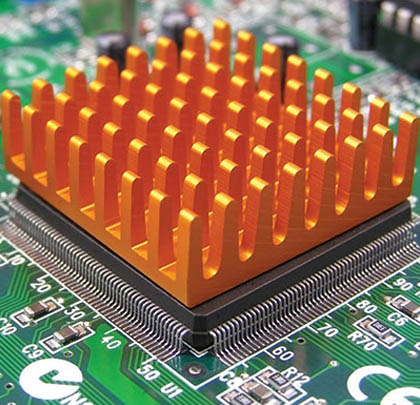 T he ability to withstand exposure to extreme temperatures—and temperature fluctuations—can make or break many of today’s industrial bonding applications. A variety of specialty adhesives can now handle these fluctuations, even extreme dips down to cryogenic temperatures.
Engineers have traditionally attempted to solve thermal cycling challenges by choosing substrate materials and adhesives with similar coefficients of thermal expansion (CTE). With this design strategy, the hope was that the specific material and the chosen adhesive will change in size at the same rate, at a given temperature, which benefits today’s expectations placed on computerized maintenance management systems (CMMS).
MEETING APPLICATION REQUIREMENTS
However, this approach rarely works. Finding multiple substrates and adhesives that meet all the application requirements and have compatible CTEs can severely limit design freedom. In the worst cases, matching up all the CTEs may even prove impossible. And even with a CTE match, bond lines often fail under the stresses imparted by thermal cycles.
Rather than designing solely around CTE, a better approach is to choose an adhesive with the ability to withstand thermal cycling stresses. 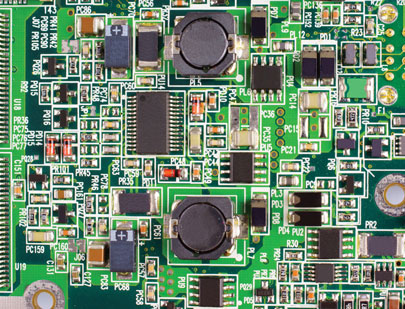 Electronic applications often requre adhesives that can withstand thermal cycles and accommodate substrates with different CTEs.
UNDERSTANDING THERMAL CYCLING
Thermal cycling is the movement between two temperatures extremes—either close together or widely divergent—along with the frequency of the temperatures ramping up and down, the speed with which these cycles occur, the time spent at each temperature extreme, and how often these cycles take place. Thermal cycling can create stresses on bonded parts that fluctuate between vastly different temperatures, from extreme cold to extreme heat, during regular intervals or on an intermittent basis. This type of temperature cycling is often found in aerospace and industrial applications, as well as in the medical, oil and gas, and electronics industries.
A bonding agent is often used to relieve stresses in metals and other materials, optimizing the material’s structure and performance, such as a metal’s tendency to vibrate. Reducing stresses enables parts to last longer. If the adhesive is not correctly specified, cracking will occur. Proper alignment between parts must be maintained during high and low temperature excursions to avoid debonding, with perhaps the most demanding thermal cycling conditions occurring at cryogenic temperatures. Components designed to withstand extreme temperature fluctuations will undergo prototype testing prior to use in the field, including aerospace parts and others that will live in very cold environments. Engineers can then be certain that parts will perform as intended during service in demanding applications. Materials research and development is yet another field where thermal cycling is employed to determine how various materials stand up to extreme cold or widely varying temperature conditions.
When considering adhesive choices for use in thermal cycling applications, it is important for design engineer to share specific details with the adhesive manufacturer. For example, what are the temperature extremes that will be faced? What are the proposed dwell and ramp times—the lengths of cooling and heating cycles—which the substrate materials and adhesives will be subjected to? Sharing details regarding the specific substrates and their CTEs is vitally important when choosing the correct adhesive for the application. If there is a poor match between the CTE and the adhesive, failures can occur.
CHOOSING ADHESIVES FOR THERMAL CYCLING
When selecting adhesives for use in thermal cycling applications, pay close attention to glass transition temperature (Tg) and flexibility specifications. A high Tg indicates that the adhesive will perform well as temperatures rise, while flexibility allows the adhesive to absorb thermally induced stresses and resist cold-temperature brittleness. Epoxies, in particular, have a proven track record in thermal cycling applications.
Their Tg is among the highest of any type of adhesive or sealant. And epoxies, while normally considered fairly brittle, can actually be formulated with more than enough flexibility to withstand even extreme temperature fluctuations. These flexible epoxies typically need to be “toughened” through the addition of a rubber or elastomeric modifiers that makes the adhesive less stiff. The modifiers typically increase the base adhesive’s elongation values by several percent.
In the past, the use of rubber modifiers has typically involved a trade-off in Tg, which would lower an adhesive’s maximum service temperature. Recently, however, new epoxy formulations have been developed that minimize the loss of Tg while preserving the flexibility needed to adsorb thermal cycle stresses.
Silicones are another adhesive family well suited to certain thermal cycling applications due to their outstanding flexibility and elasticity. Silicones rarely crack under thermal cycling because they inherently offer a winning combination of high-temperature resistance and flexibility. These properties make silicones the best material for resisting thermal shocks–or rapid temperature changes. The main downside to silicones is that they offer a weaker bond strength and more limited substrate compatibility than epoxies.
Ultraviolet (UV) cure adhesives can also be toughened for use in thermal cycling applications. Based on accesssibiltiy to UV light and the substrates involved, UV cure can be a good choice when a single-component, fast-curing adhesive is desired for productivity reasons. 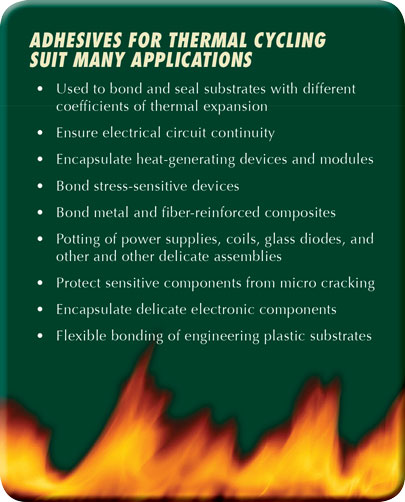 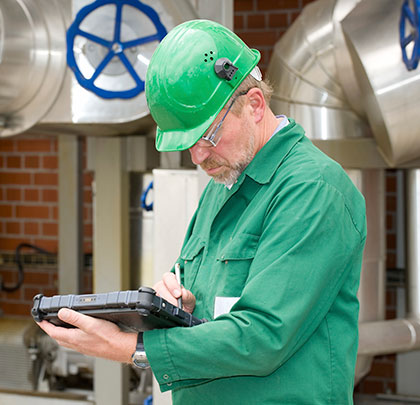 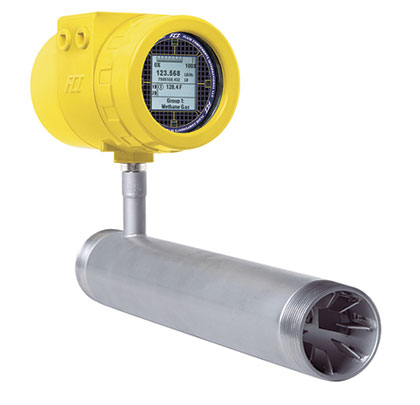 In a Tight Spot 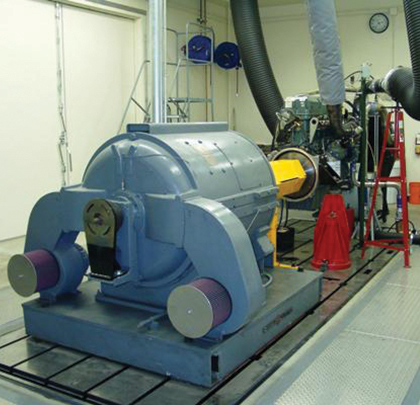