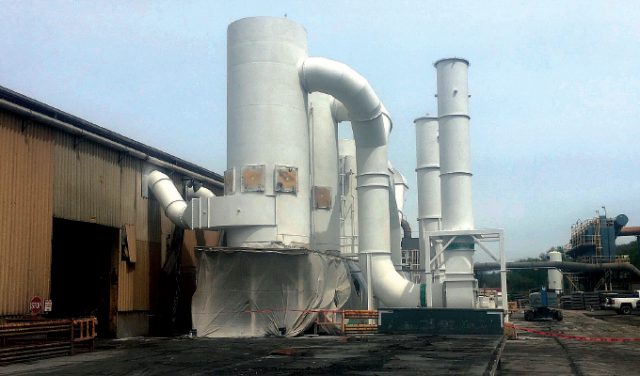 In industrial process facilities, corrosion is the biggest single cause of plant and equipment breakdown, including machinery, vessels, structures, supports, and pipelines. While atmospheric corrosion in the form of air (oxygen), and water (moisture, humidity, vapor, etc.) is the main culprit, environmental factors including high temperatures and pressures as well as harsh substances, chemicals, and gasses can also accelerate the corrosion of carbon steel and other metals.

Beyond marine environments exposed to salt spray or compounds that cause corrosion, common gaseous industrial air pollutants, such as sulfur dioxide, ozone, and nitrogen dioxide, can be corrosion inducing. So can exposure to industrial chemicals such as chlorides, acetic acid, and formaldehyde.

“There is a huge need for an anti-corrosion coating that can go on in areas where conventional coatings tend to fail,” says Joey Taylor, president of IPI Inc., an Elkview, West Virginia-based paint/coating contractor for commercial and industrial construction. “On certain projects, chlorides need to be removed in order to meet peak performance. But in most cases, this can be cost prohibitive.”

When aluminum is recycled, it is melted to separate the pure metal from the impurities. The process creates a waste product called salt cake, which contains compounds that can promote corrosion.

Therefore, when an aluminum recycling plant in West Virginia required corrosion protection for its operation, it sought a long-term term solution that would not require frequent recoating, according to Taylor, who was involved with the project.

“The recycling plant was not having much luck with conventional anti-corrosion coatings, which only lasted about three or four years,” says Taylor. “Really, anyone trying to protect their assets from corrosion wants their coating to last much longer than that.”

In contrast to traditional polymer coatings that sit on top of the substrate, the corrosion resistant CBPC coating bonds through a chemical reaction with the substrate. The coating can even be applied over flash rusted, damp steel. An alloy layer is formed. This makes it impossible for corrosion promoters like oxygen and humidity to get behind the coating the way they do with ordinary paints.

By contrast, the same damage to the ceramic-coated substrate will not spread corrosion in industrial infrastructure because the carbon steel’s surface is turned into an alloy of stable oxides. Once the steel’s surface is stable (the way noble metals like gold and silver are stable) it will no longer react with the environment and cannot corrode.

NO GAPS, NO CORROSION

Visible in scanning electron microscope photography, EonCoat does not leave a gap between the steel and the coating because the bond is chemical rather than mechanical. Since there is no gap, even if moisture was to get through to the steel due to a gouge, there is nowhere for the moisture to travel, which effectively stops corrosion in industrial applications.

The corrosion barrier is also covered by a ceramic layer that resists corrosion, water, impact, abrasion, and chemicals as well as fire and temperatures up to 842 degrees Fahrenheit (450 degrees Celsius).

For such durable corrosion protection, IPI Inc. successfully sprayed EonCoat on two industrial dust collectors (one 60,000 CFM and one 40,000 CFM), including four tanks as large as 40 feet tall and associated ductwork, according to Taylor.

“The CBPC anti-corrosion coating is designed to last significantly longer than traditional coatings, so frequent recoating should not be an issue,” says Taylor.

Such coatings consist of two non-hazardous components that do not interact until applied with a standard industrial plural spray system like those commonly used to apply polyurethane foam or polyurea coatings. Since CBPC coatings are inorganic and non-toxic, there are no VOCs, no HAPs, and no odor. This means the water soluble, non-flammable coatings can be applied safely even in confined spaces, or when adjacent parts of a plant continue to operate.

“With the CBPC coating, since there are no VOCs or odor, coating can be done around plant employees or other contractors without restrictions,” says Taylor.

One of the greatest benefits, however, is quick return to service that minimizes facility downtime. The time saved on anti-corrosion coating projects comes both from simplified surface preparation and expedited curing time. With a typical industrial coating, near white metal blast cleaning (NACE 2 / SSPC-SP 10) is required to prepare the surface. But with the ceramic coating, only a NACE 3 / SSPC-SP 6 commercial blast cleaning is typically necessary.

With traditional coatings, extensive surface preparation is required and done a little at a time to avoid surface oxidation, commonly known as “flash rust,” which can require re-blasting.

However, with the CBPC coating, flash rust is no issue. There is no need to “hold the blast.” The reason for this unique CBPC characteristic is due to the presence of iron in the rust, which helps to create the magnesium iron phosphate alloy layer. It is this alloy layer that allows CBPCs to so effectively protect carbon steel from corrosion.

“Conventional coatings require you to prime the substrate every day so you do not lose your blast,” says Taylor. “You have to stop sandblasting in the early afternoon, and then prime [the substrate] the rest of the day. This requires time-consuming daily teardown and set up of paint equipment.”

“With EonCoat, however, once you have a clean substrate surface, free of mill scale and coating, it will not hurt it to let it flash rust,” adds Taylor. “So, you can continue coating [the next day] without having to re-blast the substrate, re-prime it, or set up and teardown paint equipment each day. You can continue to blast the entire twelve-hour shift. That saved us about a fifty-hour workweek on the project.”

For traditional “three-part system” coatings utilizing polyurethanes or epoxies, the cure time may also be days or weeks before the next coat can be applied, depending on the product. In contrast, a corrosion resistant coating for carbon steel, utilizing the ceramic coating in a single coat, requires almost no curing time.

“We were able to complete the project from start to finish in nine weeks, including substrate preparation, spraying, and adding a high-performance topcoat with minimal disruption to the plant’s operations,” says Taylor.

EonCoat manufactures and sells its patented EonCoat anti-corrosive coating to large industrial customers throughout the world. EonCoat is focused on preventing corrosion on a wide scale, and the company only works with corporations of significant size, often those that are publicly traded with multinational operations. For more information, call 754.222.4919 or visit www.eoncoat.com.

MODERN PUMPING TODAY, May 2020
Did you enjoy this article?
Subscribe to the FREE Digital Edition of Modern Pumping Today Magazine! 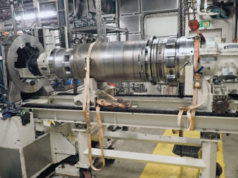 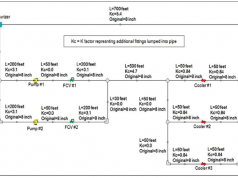 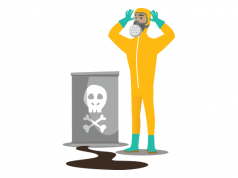