“This is a first-of-a-kind plant,” says Phil Jones, director at 2OC, who developed the plant and now manage it on behalf of Arjun. “Joining up assets that haven’t previously been linked together before has presented many engineering challenges.”

Originally specified by Jacobs Engineering, the two 90kW lubrication pumps for the Combined Heat and intelligent Power (CHiP) plant had to be installed by main contractor J. Murphy and Sons in a very tight space, presenting the first in a series of obstacles to be overcome.

RELATIVELY UNCOMPLICATED JOB? NOT SO FAST

At first, we thought that this was going to be a relatively uncomplicated job, but then the small footprint was just one of many hurdles to negotiate—not to mention the fact that the pumps had to go below ground, beneath the plant’s engine.

Börger designed a special base frame so that the very robust EL1550 Classic pumps could be mounted vertically into the small footprint (roughly 10 by 13 feet)—and then for easy servicing, lifted out, and put on their side. Over-pressure protection was required too. All a bit tricky, but often the case when there’s not much space available.

Producing enough energy for approximately 40,000 homes, Arjun’s power station presents no shortage of high temperatures for its assets to cope with. This includes the Börger pumps, which had special cooling radiators for the gearboxes and motors installed.

So far so good, but with the Börger pumps and the rather demanding need to make all of the new power plant’s equipment work together efficiently and economically, came a demanding, non-extendable deadline.

“We were fully aware of this from day one,” continues 2OC’s Phil Jones, “but I can’t deny that the pressure was well and truly on. We had to meet the deadline for all-important government ROCs (Renewables Obligation Certificates) that support large-scale renewable electricity projects in the United Kingdom. To get the plant off on the right operational and financial footing, we had to make things happen to hit that deadline. We could not take our time.”

The construction contractors’ engineers were initially concerned about the noise and vibration of the two Börger pumps. As everyone in the supply chain knows, this can be a delicate balance when both parties believe they are right!

“The pumps were performing fine, but we were a little anxious at first,” adds Phil Jones. “Failure wasn’t an option.”

For Börger, we believed it was simply down to natural pulsation, but as well going to site, we also brought over our top engineers from Germany. It didn’t help us or 2OC that due to the space limitations, the pipework for one pump was straight, while the other one was more complex, so had to cope with some pressure loss. Ultimately, we ran a test in Germany with 2OC in attendance to show that the pumps were performing fine.

As it turned out, the vibration was down to nothing more than extra torque being required. Later, after another 500 hours running time, an inspection confirmed that there were no issues. It has been a bit of journey, but we always knew there was a reason, a solution.

2OC’s Phil Jones adds, “Börger were totally professional—taking our concerns very seriously to get to the bottom of this mystery. Through the very positive dialogue between the two companies, it was also decided to change the pump’s removable rotor tips from rubber to a fully stainless-steel solid rotor design because of the high temperatures. Together with the stainless-steel pump-head, it now means that there is almost zero maintenance required.”

Built by J. Murphy and Sons, Arjun’s power plant sees 75GWh of the electricity sold to Thames Water for its Beckton sewerage processing plant (home to sixty-four Börger pumps), while the remaining 55GWh is purchased by Centrica.

Heat from the engine is supplied to the adjacent gas pressure reduction station owned by the Cadent (with whom Börger also has pumps in a very important application), largely replacing old gas boilers that used to pre-heat the gas—while heat recovery cycles of the CHiP technology increase the thermal efficiency of the Arjun plant.

Phil Jones from 2OC concludes, “Our pursuit of getting this unique power station where it needs to be has not been easy, but very much in line with what government is promoting, we now have a very neat and efficient plant. This includes the Börger pumps, which are proving very efficient, reliable, and easy to maintain thus far.” 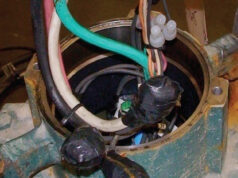 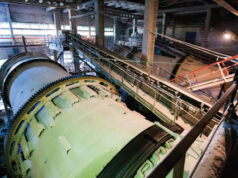 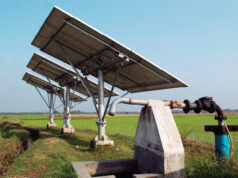