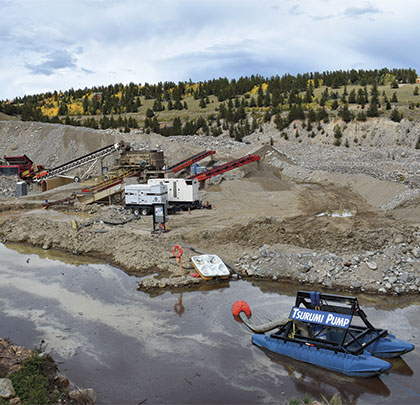 Tsurumi Pumps’ products will be featured on the eighth season of Gold Rush, the popular Discovery reality series that follows the exploits of 316 Mining. The Oregon-based mining company chose Tsurumi as its exclusive provider of pumping equipment, which includes numerous pumps, variable frequency drives and custom-built pontoons. Tsurumi also offered extensive engineering consultation on the job site in Fairplay, Colorado, before shooting began. 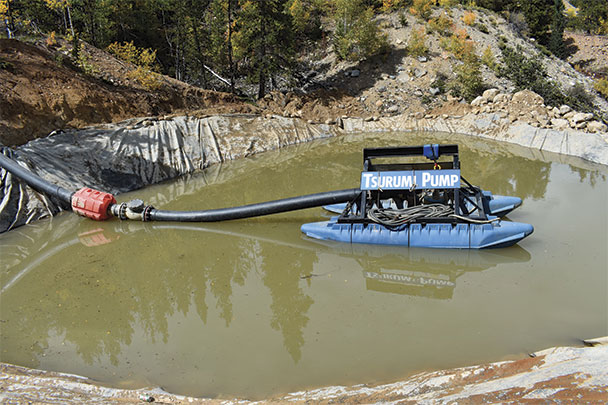 GETTING TO KNOW THE CREW

A handful of crew members at 316 Mining—known by fans as “The Hoffman Crew”—had previous experience using Tsurumi pumps in their operations, which made the choice to use the company’s products during the latest season an easy one.

Prior to filming Gold Rush’s eighth season, 316 Mining had been using engine-driven pumps from another manufacturer in its gold processing plants, where high amounts of water are pumped to help separate dirt and rock from gold in a mining process called “sluicing.” But the elevation in Fairplay (9,953 feet above sea level) made it impossible to run the pumps’ diesel engines at a constant RPM, and the resulting surges in power were not conducive to maintaining a steady flow of water. In an industry where lost time equates to lost gold, 316 Mining quickly turned to a more dependable solution: electric submersible pumps from Tsurumi.

Series star Todd Hoffman, leader of the Hoffman Crew, said that once he determined the need for electric submersible pumps, his crew quickly pointed him in the direction of Tsurumi, a company with a proven track record of resilience in the field of mining.

“I asked our foreman, Trey Poulson, what the best company was for electric submersible pumps,” he says. “Tsurumi’s pumps were at the top of the list because of their durability and reliability.”

THE MEET AND GREET

The Hoffman Crew visited Tsurumi’s booth at MINEXPO 2016 to learn about the company’s pumps and to gauge interest in working together. For Tsurumi, it was a natural fit.

Any time you put your product on a popular television show to be featured, you’re taking a risk. But Tsurumi pumps have a long, proven track record in the field of mining. The Tsurumi team had confidence going in, and there was no question that the pumps would address the Hoffman Crew’s needs in this particular application.

That confidence paid off, and the MINEXPO meeting resulted in a partnership that has already led to measurable success for 316 Mining.

“If our operations are down for even a day, it can mean up to $30,000 in gold loss,” Hoffman explains. “We explained our issues to the folks at Tsurumi during MINEXPO, and after working with the company’s engineers and leasing three pumps, we’ve mined quite a bit of gold and haven’t had any pump-related downtime on the job site. It’s been a great relationship.”

Key Tsurumi personnel visited Fairplay in April of 2017 to get a better feel for the Hoffman Crew’s pumping needs. Tsurumi’s engineers consulted with the miners to determine that the washing plant might need to move as much as 2,500 gallons per minute at 100 feet of head for optimal sluicing. The ideal pump for the job turned out to be Tsurumi’s 100 horsepower GSZ-75-4L electric submersible pump, equipped with a variable frequency drive (VFD).

Today, the Hoffman Crew’s GSZ-75-4L is set up on a custom-built pontoon, also provided by Tsurumi. The pump is floating in a manmade reservoir and is currently moving 2,500 gallons per minute at only 40 feet of head, a lower level of performance than was first determined. Luckily for the Hoffman Crew, the pump’s duty point and VFD enable them to easily adjust flow and head to meet changing demands on the job site. 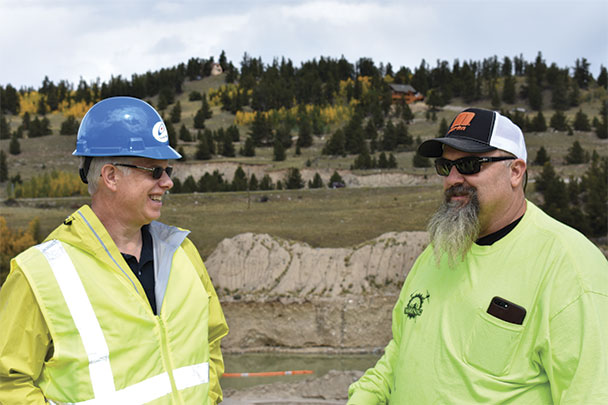 According to Freddy Dodge, gold recovery and wash plant expert for 316 Mining, the flexibility of the GSZ-75-4L and the VFD has led to a successful yield at the mine.

“Even though things changed, it didn’t matter,” he says. “Not only are we seeing a return on our investment, but we’re experiencing less downtime, fewer headaches, less maintenance, and we’re recovering more gold because the pump is so constant. It’s such a steady flow of water compared to the engine-driven pumps we were using.”

Chuck Rickman, vice president of sales at Tsurumi, who spent several days onsite during filming, explained why the GSZ-75-4L helped the Hoffman Crew to achieve success.

“Our GSZ series pumps are made especially for the mining industry,” he says. “They can handle larger solids, and they give miners the ideal duty point for this kind of work. The GSZ-75-4L in particular is a versatile pump with a very wide performance curve, which gives added flexibility in case parameters change. And with the VFD, performance can be dialed in to meet the most exacting specifications.”

GETTING THE WORD OUT

Gold Rush is broadcasted in 130 different countries and reaches nearly 300 million global viewers. In 2016, the show was the top program on cable TV in the Netherlands, Sweden, Denmark, Belgium, Finland, Poland, South Africa, and Australia. The program focuses on the mining of gold placer deposits found in various locales around the globe.

The team at Tsurumi Pumps takes pride in the way our pumps perform in the field of mining, so we’re glad that the Hoffman Crew has put their trust in Tsurumi. Getting Tsurumi pumps on Gold Rush is a great opportunity to show the world what our products are capable of, and the success they’ve had with their operations so far speaks for itself.

Glenn Wieczorek is managing director of Tsurumi America Inc., a division of Tsurumi Manufacturing, was founded in 1979. Headquartered in Glendale Heights, Illinois, Tsurumi America has bases in Quebec, Canada; El Paso, Texas; and West Jordan, Utah. Globally, Tsurumi is active in forty five countries and has been an innovator in the pump industry since 1924. Tsurumi America has been providing more than 35 years of leading pumping technology in construction, civil engineering, mining, industrial wastewater, domestic wastewater, sewage treatment, flood control and scenery creation fields. All Tsurumi products are backed by independent, third-party verification. Beyond leading pump technology, Tsurumi America is recognized for its robust distribution network and one of the largest on-hand inventories in North America. For more information, visit www.tsurumipump.com. 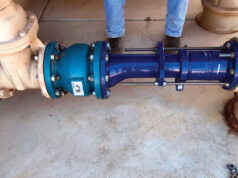 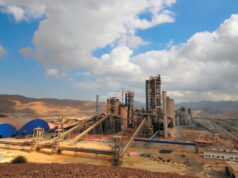