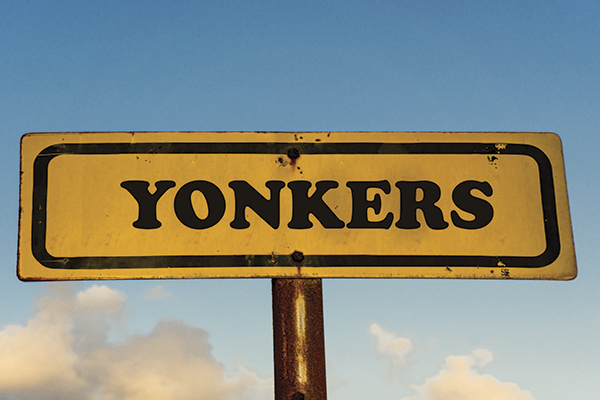 Delivering reliable water service is a complicated challenge for a city of any size, requiring a carefully orchestrated system to support delivery, measurement, and billing. For a city as large as Yonkers, New York, the challenge is magnified. With nearly 30,000 customers spread out across six districts, the city’s Department of Public Works faced an impossible task in keeping track of each individual meter.

Under their legacy metering system, Yonkers residents received a bill twice per year. Due to the sheer size of the city’s water system, the Department of Public Works could typically read only 5,000 out of the total 30,000 in each billing cycle. The city relied on estimated bills to maintain a regular billing cycle; however, this led to uncertainty when determining whether the city’s water service was profitable. In some worst-case scenarios where a meter was read for the first time in years, homeowners could be left with a bill in the thousands of dollars.

With the development of automated meter reading technology, Yonkers had the opportunity to take control of their metering and develop a clear picture of their water system. In partnership with Keystone Utility Systems, the city elected to install the Mi.Net advanced metering infrastructure (AMI) system from Mueller Systems.

When implementing an AMI system, many utilities will conduct a small end-to-end trial to test the system’s performance before committing to a full implementation. However, Yonkers’ Department of Public Works began with an immediate deployment of 30,000 meters. According to Anthony Landi, project facilitator at Yonkers’ Department of Parks, Recreation, and Conservation, this all-in approach required good faith and trust on all sides. “The project required a lot of work and coordination,” says Landi. “Mueller supplied the meters through Keystone, while Keystone did the work to make appointments for installation.”

One of the key challenges of the installation project was the variety of homes within the system. While a majority of the meters required a simple, straightforward replacement process, some of the city’s houses were over 100 years old with metering systems that have long since been rendered obsolete. The city worked together with Keystone to find a solution for these unique situations, identifying approximately 1,000 of Yonkers’ 30,000 meters as “non-conforming.” In some cases, the city was able to help the customers with simple repairs which allowed them to install the new automated meters; in other cases, customers invested in updates to their homes to bring them into compliance with local regulations.

To efficiently and safely install 30,000 water meters, Keystone needed to establish its presence in the city and communicate with its residents. As part of the agreement between Keystone, Mueller, and the City of Yonkers, installation was required to be performed by local union labor. Keystone invested in the necessary uniforms and vehicle markings to ensure that contractors could be easily identified as part of the meter installation project. As Keystone quickly built up its reputation in the city and began to schedule appointments with residents, the company came to be known as a reliable service provider trusted to deliver a significant improvement to the city’s water service.

The adjustment to a new AMI system also required preparation to collect and analyze a tremendous amount of new data. Representatives from Mueller Systems worked together with water and information technology employees at the City of Yonkers, ensuring that they had the necessary knowledge to convert their detailed meter readings into the required data sets.

The Mi.Net system and automated meters were installed over the course of two years. In addition to the meters, collectors and repeaters were installed by an electronics company throughout the city to transfer information from the meters to a central location. The Mi.Net system then allowed the city to collect accurate, detailed readings from each of its 30,000 meters.

The accuracy of the AMI system enabled the Department of Public Works to identify customers experiencing leaks or other issues with their water service. This added value helped to cut down on customer complaints and service calls, as the city could engage proactively with customers to repair the problem. “In the past, sending out 5,000 bills could lead to 1,000 phone calls with customers disputing their bills,” says Landi. “Now Yonkers doesn’t get those calls anymore because the AMI system is so accurate.”

According to Landi, the first meter readings validated the estimates the city had been conducting in the previous decades. “What we found out after the meters were installed was that, although some estimates were low and some were high, in the end we came out even,” says Landi. However, the AMI system now provides the city with the confidence of knowing that their water service is being accurately accounted for and billed in a timely manner.

For Landi, th return on investment came in providing better service to the city’s residents and improving their quality of life. And following an installation process on the scale delivered by Keystone and Mueller Systems, Landi is able to pay the highest compliment: “The system works. It’s working perfectly!”

Landi credits the mayor of Yonkers, Mike Spano, as well as the Yonkers City Council for investing in a major upgrade to the city’s infrastructure. “It took substantial support from the local government and has really improved Yonkers’ water accountability and citizen relations,” says Landi.