On the basis of vacuum technology, the plant manufacturer Tartler now offers several system solutions for degassing high- and low-viscosity materials. Primarily developed for filling or conveying processes in plastics technology, they are sometimes also suitable for other applications where the air-free processing of pasty or low-viscosity fluids is of central importance. Shortly before the turn of the year, the company presented its innovative degassing units to a select circle of experts.

“If we have to, we‘ll put everything under vacuum now”—with these words Udo Tartler welcomed a small group of experts from the plastics and fluid technology sector a few weeks ago and took them to the area of his assembly hall where the finished machines and systems are prepared for final acceptance. Here, the company boss had all four system solutions that had been developed in his company for the degassing of high and low-viscosity materials set up: the filling unit TAVA F, the drum change unit TAVA D, and the degassing unit T-EVAC in its offline and inline versions.

They all operate with vacuum technology and serve the purpose of freeing the process engineering handling of pasty and low-viscosity media from disturbing air and moisture both when filling in lidded drums and when feeding into dosing, mixing, or other processing systems. Depending on the series, Tartler now supplies these degassing systems not only to manufacturers and users of synthetic resins, but increasingly also to those in fluid, chemical, and process engineering. And that is because here, too, the air-free processing of high- and low-viscosity media plays an important role in many areas and can be optimized by using Tartler’s vacuum-supported systems.

With the systems in the TAVA F series, Tartler offers a system solution that can be used across all industries and with which high-viscosity and pasty semi- finished products can be filled into standard clamping ring lidded drums in a reliable process. This makes them interesting not only for use in plastics technology, but also for manufacturers of adhesives as well as sealing, filling, and design compounds. In all these areas, the materials are usually delivered in complete containers to users of conveying, dosing, mixing, and application systems and are mounted directly into them. Unwelcome air inclusions in the material, which can arise when the manufacturer fills the drum, prove to be extremely problematic.

“If this harmful air reaches the dosing pump during extraction, delivery and dosing, the processing process is massively disturbed. It is not unusual for the process to have to be stopped and the entire system to be flushed out with material until all air has escaped and it can work properly again,” explains Udo Tartler. In such cases, it is not just a significant loss of material that has a negative impact; often, additional costs are incurred as many parts are difficult to clean or even have to be disposed of as scrap.

The TAVA F type systems are semi-automatic degassing units for the air-free filling of 15- and 50-gallon drums, which can be used flexibly for various pasty and high-viscosity media and can also be designed for other container sizes. Its main performance components are a device for clamping and stabilizing the drum, a special combination attachment for synchronized vacuum generation and filling, a vacuum pump and a control system with a touch screen. All units are compact and accessible from all sides, installed on a base with a drum centering plate. While the feeding of the TAVA F, the positioning of the still empty drum and the closing of the clamping device is carried out manually, the vacuum application of the drum and the almost simultaneous filling of the pasty mass are fully automated.

The TAVA F systems from Tartler are a real step forward for all producers, fillers, and packers of pasty and high viscosity media. The material manufacturers can thus guarantee their customers, for example, that they will receive optimally filled drums without air inclusions, enabling the further processing to be carried out reliably. A further positive effect is that storage stability is increased, since contamination with air is no longer possible. Material manufacturers who have to fill large quantities of lidded drums also have the option of fully automated TAVA F complete solutions—for example, with a driven roundabout on which four drums can be positioned, filled, and sealed in a roundabout pattern. The loading and removal of the drums is automated via roller conveyors.

Udo Tartler emphasizes that many practical aspects were taken into account in the development of the TAVA F: “For example, once the vacuum in the barrel has been built up, the material inlet surface can be adjusted via various material feeders such as perforated plates or wide jet inlets. This means air is immediately removed from the dosing process or production as soon as the material is conveyed into the evacuated drum.”

What the TAVA F makes possible for material fillers, Tartler’s TAVA D system realizes on the part of users of high-viscosity polyurethane and epoxy resins and silicones: replacing the component drums is carried out both quickly and safely without the risk of introducing harmful air into the processing plant or process. The TAVA D is a fully automated degassing or evacuation station with a vacuum clamping drum for picking up, pumping off and de-aerating the lidded drums. The use of this system ensures that no air can enter the mixing and dosing system during the routine barrel change.

At the same time, any air that may already be in the supply and dosing pump is also captured, for example because pasty material dripped out when the previous drum follower plate was lifted. Due to the vacuum in the drum, there is no risk of splashing when changing drums, thus preventing contaminating the employees with the material.

The generation and regulation of vacuum in the TAVA D is carried out by a process-oriented control system. As soon as the drum change process is completed and the drum follower plate rests on the material surface, the vacuum is automatically switched off and overpressure is generated under the drum follower plate. The system is designed to be user-friendly, operates fully automatically, and offers the user full control with zero material loss, no risk of splashing and no manual labor. Not only can the TAVA D replace all previous drum de-aerating methods, but it also sets new standards in the processing of pasty polyurethane and epoxy resins and silicones—especially in combination with the intelligent control systems of the mixing and metering units NODOPOX and TARDOSIL from Tartler. It also suggests that the TAVA D is also an extremely innovative solution for drum change processes in other areas of fluid technology.

The haute couture of Tartler’s evacuation technology are the system solutions of the T-EVAC series, presented for the first time at Composite Europe 2019. These vacuum degassing units for the process- integrated evacuation of air and moisture from synthetic resins and hardeners prior to dosing and mixing offer all users of vacuum infusion, wet pressing, resin transfer molding (RTM) and pultrusion (extrusion) processes a ground-breaking option to improve their molding processes and product quality. The T-EVAC degassing unit is suitable for both epoxy and polyurethane resin degassing and is available in two versions: As a central offline station that can “refuel“ several dosing units—such as liquid resin machines like NODOPUR—with degassed material, and as an inline degassing unit that is directly integrated into the dosing and mixing unit.

“The entry of air and moisture from the delivered resin and hardener components is a daily annoyance for many plastics processors. These disruptive factors not only have a negative effect on the quality of the components, but can also significantly impair the dosing and mixing process,” knows Udo Tartler. “This is particularly an issue when processing composite and composite materials. In resin transfer molding and infusion technology, the vacuum in the mold must in fact also evacuate the air and moisture from the supplied liquid resin. But that is hardly feasible in practice.”

T-EVAC therefore intervenes at a much earlier stage in the process: Even before the material from the delivered container (e.g. IBC) reaches the dosing and mixing unit (or a subsequent container), it is freed from air and moisture in the degassing unit. At the same time, it is brought to the desired processing temperature to achieve the best possible output performance. The entire process chain is hermetically sealed and constantly under vacuum (< 5 mbar). “The best prepared material is provided for the dosing systems—free of harmful air and moisture,” assures Udo Tartler.

The T-EVAC is available in different expansion stages and variants for different resins and hardeners. Its Siemens control system (color touch screen) also allows the integration of individual user requirements. The degassing capacity starts at 260 gallons per hour and the installed components are checked by integrated sensors that form an integrated protection system. An MX coupling with a Kamlok adapter is available for connecting 350-gallon IBCs.

In the offline version, Tartler offers the T-EVAC in two variants: to directly connect to the dosing and mixing unit or with an additional buffer tank in front, which considerably reduces the refilling times of the dosing system. In the process chain, this tank is then located between the degassing unit and the dosing and mixing unit. “It is used for the safe storage of the degassed material under full vacuum and supports the optimization of the material temperature. The dosing systems can be fillewd very quickly from this buffer tank,” says Udo Tartler.

In the inline version, the T-EVAC is installed in the dosing and mixing unit and both the machine filling and the material degassing of the A and B components are carried out in a single step. The machine can be filled synchronously during the application process. The inline T-EVAC requires less operating personnel and less space in the workshop. “As long as only one processing machine is required, it is also more cost-effective than the offline T-EVAC,” adds Udo Tartler.

Based on the intelligent use of vacuum technology, Tartler has created several degassing units with the systems of its TAVA and T-EVAC series, which considerably improve both process safety and occupational health and safety when processing high and low-viscosity semi-finished products. With these system solutions, the company covers the entire process chain from filling the materials at the manufacturer’s site to their removal and conveying in the dosing, mixing or application system at the user’s site. Since the problem of evacuating pasty and low-viscosity fluids not only plays a central role in plastics technology, Tartler’s vacuum-supported degassing units are also encountering growing interest in many other industries.

Since 1982 the Tartler Company is doing successfully business on an international level with their two and multi-component meter/ mix and dispensing machinery in the field of processing epoxy resins, polyurethane encapsulation compounds, silicones, and other liquid resins in an environmentally friendly way. They not only deliver the actual machinery; they also deliver the entire know how that goes with it. A high standard of quality warrants technical features of machinery and accessories alike, which exceeds far above their requirements—and a corresponding service commitment makes this advantage possible. For more information, visit www.tartler.com. 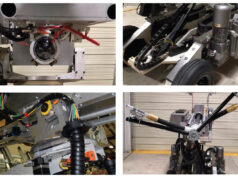 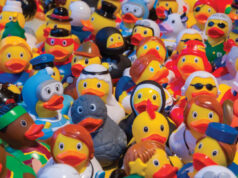 Safe Handling of Toxic Fluid Mixtures with No Environmental Impact 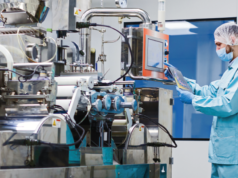