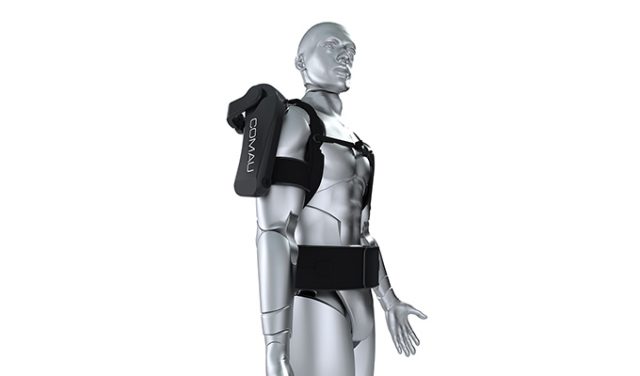 Comau is a leading global company in industrial automation. With over four decades of field-tested experience, Comau develops a wide assortment of innovative Industry 4.0-enabled systems, products, and services. On a recent episode of MPT’s podcast, The Efficiency Point, Mark Anderson, Comau’s head of robotics and automation products for North America, discussed his company’s push in the increasing role of wearable robotics and exoskeletons in the workforce.

MPT: Outside of maybe science fiction, what’s a brief history of exoskeletons in the workforce?

Mark Anderson: That’s a great question. Exoskeletons in the workforce are fairly new. We’re unique in our venture in exoskeletons, where we have one particular product that could be used over a wide range of body types with various settings for load and assistance.

Our MATE product has been used in many different applications over our brief history—for example, automotive applications where users would be working in an overhead situation. If you imagine a vehicle coming down a production line with workers underneath the vehicle, hanging exhaust components or running wiring harnesses, the exoskeleton will be used to relieve fatigue and the wear for user’s shoulders.

In general industry, we’ve seen demand in everywhere from industrial baking, where wearers would be pulling bread or pies out of an oven and then putting oven racks on the shells or different carts. It’s been a pretty wide range of demand in the market.

MPT: What would you say is the average learning curve on the MATE exoskeleton would be?

Mark Anderson: It’s pretty straightforward. Usually we have a small manual that can be referenced, where the operator could probably thumb through pretty quickly and understand how it’s to be used. Generally speaking, we like to do a remote training session. So if somebody were to purchase one or rent one, we would call a teleconference meeting and have a camera in to guide them through putting it on, taking it off, adjusting it correctly. That way, they’re happy with it. You want to make sure that it’s comfortable, that they’re wearing it right, and it’s adjusted properly for their body type and the application.

MPT: Which industries do you see moving more towards exoskeletons and other robotics? Is there a growth market you’re looking at?

Mark Anderson: There are growth markets we’re looking at, for sure. We’re fully owned by FCA [Fiat Chrysler Automobiles], so naturally we’re in the automotive industry pretty heavily—it’s just in our DNA. However, we’ve introduced the exoskeletons, such as AutoMATE, in recent trade shows and there’s been a very big demand in general industry.

I think that most companies are dealing with the same type of issue the automotive industry is seeing in which we have workers getting older. I mean, everybody every day is getting older, and the use of and access of exoskeletons in the work force reduces fatigue, which would allow them to do the same type of repetitive work over and over again.

That’s something that we call HUMANufacturing, a term that Comau uses to really stress the importance of the human in the workplace. Years ago when you heard the word automation, you would automatically think robots, but automation could be as simple as giving a user a better tool to do a job. 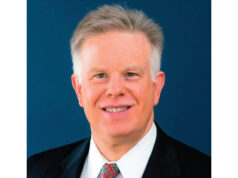 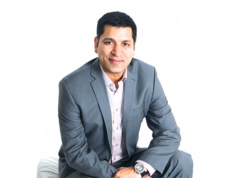 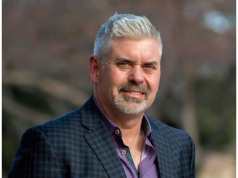 Working Smart, Wherever You Are