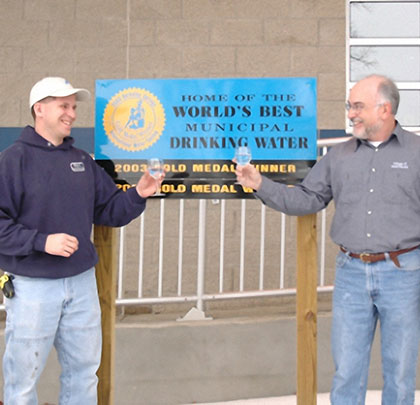 When Bill Blakely, the water treatment superintendent of the Village of Montpelier, Ohio, commented that the village had “pretty good tasting water,” little did he know that his opinion would be a bit of an understatement. 2007 is the third year that the village has won the gold medal for the World’s Best Municipal Drinking Water.
AWARD-WINNING WATER
This award was given by the annual International Water Tasting Event in Berkeley Springs, West Virginia. The Village of Montpelier also won the gold medal in 2003 and 2006.
Founded in 1845 as a railroad town, the Village of Montpelier is located in Williams County in north western Ohio. Although its population is only 4,300 this prestigious award has certainly helped to put Montpelier on the proverbial map.
What inspired the village to enter the contest? “Pretty good tasting water” and a little friendly competition with a neighboring town. “The city of Kent, Ohio, entered the Berkeley Springs Water Tasting Competition and won fifth place,” states Blakely, “We thought we had some pretty good tasting water, so we entered the contest, and out of the last seven years, we have won the gold medal three times.”
As a novelty, the Village of Montpelier has even had their water bottled and labeled. 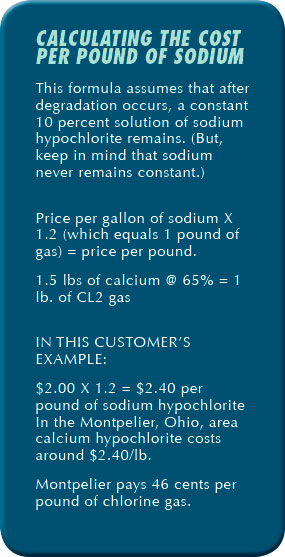 FINDING THE RIGHT EQUIPMENT
Mr. Blakely runs a very smooth operation at the Village of Montpelier’s water treatment plant. But the plant did have challenges to overcome when it came to water disinfection equipment.
“Prior to 1994 we used a gas chlorinator brand that needed continual work on their heads,” says Blakely, “they would constantly leak or stick and need replacement components.”
“Factory repair was never offered at that company, so we would tear into the unit and order the parts needed. Sometimes the part we needed was backordered,” Blakely says, “then, when the parts did come in, we had the extra cost of labor time of having to rebuild it ourselves. So, we always had to have an extra head on the shelf.” 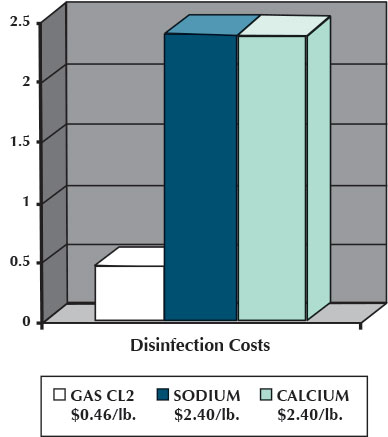 BUILDING THE NEW FACILITY
The village’s old water treatment plant was built in 1939—not suited to today’s standards. So, in 2005 the village undertook the project of building a brand new water treatment facility.
“When we were looking to replace the existing gas chlorinator equipment,” Blakely states, “we inquired information from area reps and also talked with them at the state AWWA [American Water Works Association] convention. The Regal Gas Chlorinator with the automatic switchover feature and fewer moving parts really caught our eye. We’ve never regretted the change,” Blakely adds.
Although the plant switched to the Regal Gas Chlorinator in 1994, Blakely states, “When we built our new plant in 2005 we made sure to specify Regal. We didn’t want anyone else’s chlorinator.” 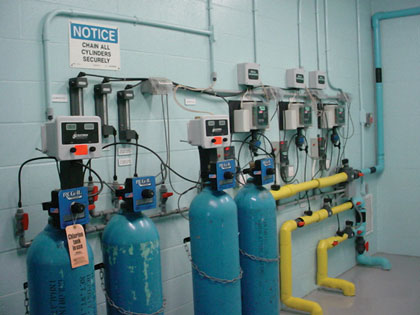 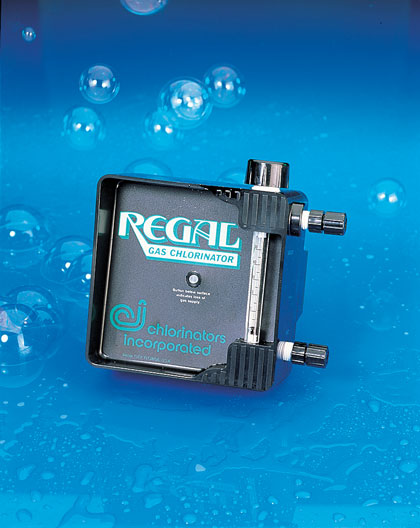 THE FULL SET-UP
It is evident that gas chlorine is the Village of Montpelier’s choice disinfection product, and they couldn’t be more pleased with the brand that they have chosen for the past fourteen years—Regal.
“With the Regal Switchover unit, when one tank goes empty it automatically switches to the standby tank, and you never have a drop in chlorine. It maintains a constant feed rate,” says Blakely.
“I can be doing other things. We can get to it—change the tank—at our convenience,” according to Blakely, “This is important because we have a small staff, and we don’t have time to baby sit the chlorine tank when it is about to go empty.”
Regal flow pacing valve products have helped the village, which uses ground water, eliminate the trials and errors of the past.
“The SmartValves we installed at the new plant work super. Our system is flow proportional, so if I want to adjust the gallons per minute from 1400 (5300 liters) in the summer to 1000 (3785 liters) in the winter, I just dial back my wells, and the Regal SmartValve will compensate automatically to achieve the same dosage,” states Blakely.
IN SUMMARY
The Regal system has helped the Village of Montpelier eliminate downtime, save money, and lessen labor—all essential elements in running a smooth water treatment operation.
“In the fourteen years that I’ve been with the Village, I’ve sent one chlorinator head to the Regal factory, and I got it back promptly—in seven days,” states Blakely, “but because we were using the switchover units, we had no downtime.”
“Regal is a good fit for us. The less maintenance-intensive, the better,” says Blakely. ■
About the Author
Keith Thompson currently serves as president of the Gas Chlorine Education Committee, a non-profit corporation organized on behalf of interested parties in the water treatment industry. He is also general manager of Chlorinators Incorporated, a company in the water treatment industry that designs, manufactures, markets, and sells equipment for water disinfection and purification throughout the world. For more information, call 772.288.4854, email regal@regalchlorinators.com, or visit www.regalchlorinators.com.