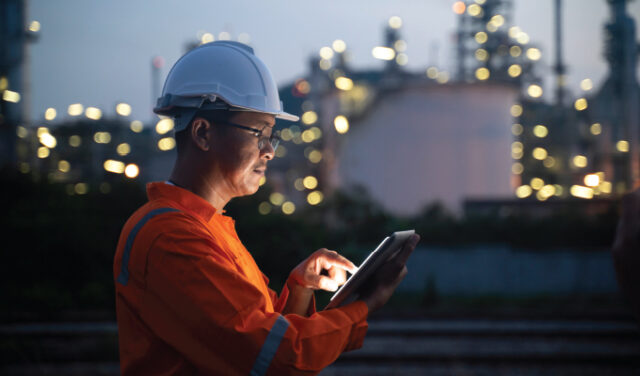 In last month’s introduction to this article, we mentioned how all installations in remote distribution and collection systems, such as water, gas or electricity supply, pipelines or even transportation technology applications, must be connected to a central control system. And although this connection presents new challenges for the technology, remote control and remote maintenance have since become the established standard in communication.

Below, in the following conclusion, we’ll examine the differing protocols for remote control as well as those not for remote control. Also, as cellular communication network and the internet provide a solution for transmission over long distances and on a global scale, we’ll look over the history and future of these continuous connections.

Various remote control protocols are listed and described as follows:

Distributed Network Protocol (DNP3) enables communication between a substation and control room via a serial connection as well as via an Ethernet connection. DNP3 was developed between 1992 and 1994 and is based on IEC 60870-5. However, the protocol is more restrictive and offers less room for interpretation than its European counterparts.

Over time, DNP3 has been extended to include authentication. Authentication means that external stations check the authenticity of the control system before executing critical operations. They do this by exchanging encrypted data.

Protocol IEEE 1815 is the standard protocol for serial and data transmission via TCP/IP. It is used in North, Central, and South America, South Africa, the United Kingdom, Australia, and Asia. As noted earlier, DNP3 is one of the two remote control protocols that IEEE recommended.

IEC 60870-5-101 is an official communication standard for remote control technology in infrastructure sectors. This protocol is used as a general transmission protocol between (network) control systems and substations. Messages are transmitted via serial connections. This standard enables devices and systems for remote control and station control technology from different manufacturers to communicate with one another without the need for fundamental adaptations. Protocol IEC 60870-5-101 is the standard protocol for serial data transmission in Europe and is also used in Asia.

Because the internet can be used for communication, security by means of data encryption is an important topic. In addition, this is an event-oriented protocol where the substation can send data to the control system automatically. Protocol IEC 60870-5-104 is the standard protocol for data transmission with TCP/IP in Europe and the United States and is also used in some Asian countries.

PROTOCOLS (NOT FOR REMOTE CONTROL)

In addition to the remote control protocols listed, a number of other protocols have become established. These protocols are frequently used; however, they do not save any data in the event of a connection interruption. Data that does not reach the control system can no longer be reproduced.

Modbus is frequently used to allow devices from different manufacturers to communicate with one another based on a standard protocol. The Modbus protocol is a communication protocol based on a master/slave or client/ server architecture. It was developed in 1979 by Modicon for communication with programmable logic controllers.

Modbus has become a de-facto standard in the industry, as it is an open protocol. Modbus can be used to connect a client (e.g., a PC) and several servers (e.g., measurement and control systems). There are three versions of Modbus: Modbus ASCII, Modbus RTU, and Modbus TCP. The last two are by far the most popular. Modbus is probably the most widely used communication protocol in the world.

SMS, which most of us are familiar with as text messages on our phones, stands for “short message service” and is also used for communication between an external station and the control system—usually as an alarm message. The SMS can be used by any receiver: mobile phone, landline, fax, or email account. In addition, several programmable logic controllers can be networked together. The provision of an acknowledgment function ensures that the SMS reaches the receiver. Otherwise, the SMS is sent to another address.

In addition to its function as a means of communication, the SMS service is also used to control and monitor technical devices and equipment. In applications where only alarm messages are to be transmitted or where control commands are sent relatively infrequently, the SMS service of the GSM network is a viable option for reasons of cost.

For example, industrial modems offer configurable warning and alarm inputs and are therefore ideal for monitoring small applications. An alarm SMS can be sent directly to a service technician’s mobile phone, informing them directly of the type of error and its location. When dealing with an increased number of messages or control commands, GSM modems can also be connected to programmable logic controllers. This allows the I/O area of the PLC to be linked to text messages.

It is also frequently the case that an SMS alarm message is not only intended to be sent to a mobile phone, but also to the alarm management of a control system. When a PLC is combined with a GSM modem, SMS messages can, for example, be received, decoded, and forwarded to a control system in a variety of ways.

When a dedicated data line is used for the remote control technology connection, e.g., in the power supply network of municipal works, it should be noted that if the copper cable is longer than a mile, the signals to be transmitted must be modulated in order to increase the range. Whether based on copper cables or fiber optics, this means that process information can be exchanged with a central control system over long distances.

Serial interfaces (RS-232, RS-485) are often available at the remote control substations and in the control system; these interfaces should be used to transmit standard protocols such as IEC 60870-5-101. Analog permanent line modems, which are specifically tailored to industrial requirements, are used to transmit this serial data. A digital signal is modulated to a carrier frequency in the high-frequency range by the transmitting modem; the original information is then retrieved by the receiving modem by means of demodulation. This technology has a maximum transmission speed of 33.6 kbps.

It is not usually possible to remotely program external stations that are connected in series. An Ethernet-capable network is required for this. An SHDSL modem can be used to make a serial communication network Ethernet capable. Modems based on the newer DSL standard operate with higher carrier frequencies and larger bandwidths for the phone line than the models based on the older standard (narrowband). With industrial SHDSL permanent line modems, existing cables can also be used for modern Ethernet applications. Transmission speeds of up to 30 Mbps are possible via in-house cables. Automatic detection of the DSL data rate, as well as automatic adjustment to the Ethernet cable (1:1, crossed) and protocol transparency simplify startup considerably. In addition to point-to-point connection, a line structure (daisy chain) is also possible. With respect to transmission, there are modems for Ethernet, fieldbus, or serial interfaces

Today, when new trunk lines are laid, they are usually fiber optic (FO) lines. FO communication is immune to electromagnetic interference and, depending on the technology, allows several kilometers to be covered with a bandwidth in excess of 100 Mbps. Media converters can be used to forward Ethernet data as well as all common remote control or fieldbus data. Even in power distribution, an external station (such as a substation) is usually connected to the central node point via fiber optics.

The application of Trusted Wireless was developed specifically for industrial use. As a result, it can cover distances of up to 20 miles from one serial interface to another. For example, Trusted Wireless is used for communication between the control center and a pumping station. There should be a line of sight between the systems. Communication over distances of more than a couple of miles will typically require directional antennas and towers.

With visual contact, it is possible to transmit over a distance of up to 20 miles, for example, when networking well fields. In the event of failure, a new communication path is selected and data transfer is still ensured. Two-hundred fifty-five devices can be connected per network. Multiple networks can be operated in parallel without any restrictions.

Bluetooth is a standard for wireless transmission over short paths involving up to seven devices. Bluetooth operates over the 2.4 GHz ISM frequency band, which does not require a license and is free of charge worldwide. It allows serial data to be transmitted even if another network is already active.

Slip rings are frequently used to transmit measured values or process data from the scraper bridge of a wastewater treatment plant to the PLC. This technology is very high maintenance, resulting in high costs for the operator. Additional signals are often required, but there are no slip rings available for them. By using Bluetooth devices, maintenance costs can be saved and any number of signals can be transmitted over a distance of up to 1,200 feet with line of sight.

WLAN, or wireless local area network and commonly referred to as WiFi, is recommended in applications where, in addition to process-specific data, data from webcams or IP phones is also transmitted. WLAN describes a local wireless network with a data rate of up to 300 Mbps in the wireless application, which can be used by a large number of devices. Wireless is particularly suitable for mobile monitoring, operation, and data acquisition as it can be easily integrated into IT networks.

Due to the ever-increasing use of smartphones and tablets, as well as the networking of stand-alone machines and devices with the control center, increasing strain is being placed on the network. To ensure accommodation of this high level of demand in future, a new technology like LTE is required. LTE (long term evolution) is also referred to as the fourth generation (4G) of mobile communication technology. The technology is the new standard in mobile communication and is the successor to GSM UMTS (Universal Mobile Telecommunications System, 3G) and CDMA 3G.

This technology enables a high-speed connection of up to 300 Mbps and, unlike conventional standards, it supports different bandwidths. A peak data rate of up to 300 Mbps for download and 75 Mbps for uplink with 5-millisecond latency is theoretically possible. 4G LTE will soon be superseded by widespread 5G adoption. However, 4G is regarded to have acceptable longevity for the deployments of remote telemetry systems being installed today.

Phoenix Contact develops and manufactures industrial electrical and electronic technology products that power, protect, connect, and automate systems and equipment. Our products are used in many industries, including automotive, water/wastewater, machine building, power generation, oil and gas, and many others. For more information, visit www.phoenixcontact.com.

MODERN PUMPING TODAY, April 2021
Did you enjoy this article?
Subscribe to the FREE Digital Edition of Modern Pumping Today Magazine! 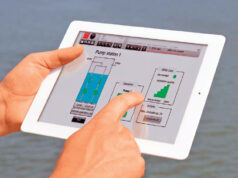 The Water/Wastewater System Manager’s Guide to Remote Telemetry and Remote Maintenance: Part 1 of 2