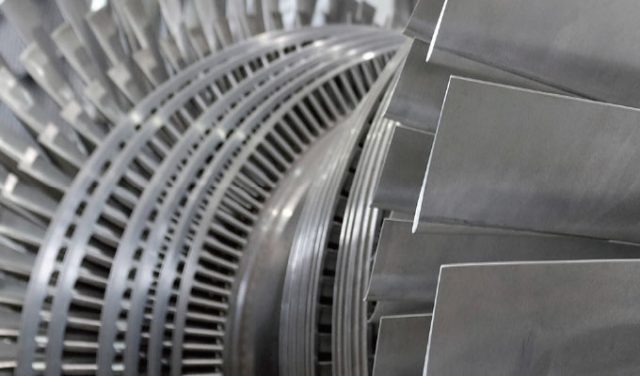 In the last thirty years, gas turbine manufacturers and users have faced significant regulatory pressure to reduce nitrogen oxide (NOx) emissions. The Canadian government led the way in 1992 with the Canadian Council of Ministers of the Environment’s (CCME) National Emission Guidelines for Stationary Combustion Turbines. The United States and the European Union (EU) both followed suit in the mid 2000’s with the release of the US Environmental Protection Agency’s (EPA) National Emission Standards for Hazardous Air Pollutants for Stationary Combustion Turbines and the EU’s Large Combustion Plant Directive respectively.

In response to these regulatory initiatives, gas turbine manufacturers initially turned to water and steam injections (Wet Low Emission technology) during the combustion process as the methodology for achieving the necessary reductions. However, as low emission requirements have increased in recent years, manufacturers have had to turn to alternative reduction methodologies, the two most popular of which have been lean-burn and dry low NOx designs.

In the case of both the lean-burn and dry low NOx designs, lower emissions have been achieved through the use of lower fuel-to-air ratios. However, the low fuel-to-air ratio has also left these turbines more prone to coupled acoustic / heat release pressure oscillations as a result of minor operational instabilities. While the magnitude of these oscillations may be low, even small fluctuations less than 1 psi (0.069 bar) can cause structural vibrations that result in high cycle fatigue in metal parts downstream of the combustors such as nozzles, baskets, transition pieces and blades.

In order to address this problem, the industry has developed combustion instability monitoring systems that employ combustion chamber pressure sensors. The output of these sensors is monitored by a dedicated data acquisition system. The system records pressure fluctuations for turbine tuning and alarms either the operator or the turbine controller of out-of-limits pressure fluctuations. 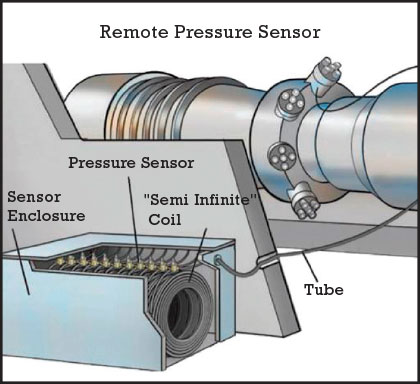 Piezoelectric pressure sensors are AC-coupled gauges that measure only dynamic pressure and have come to be widely used for this application. Initially, ground-isolated integrated electronic piezoelectric (IEPE) pressure sensors were installed in hundreds of turbines. While the integrated electronics allowed for amplification of the signal, the remote sensor (IMI Sensors Models 102M205 and 121A44) had a distinct disadvantage of only having a temperature tolerance of 250 degrees Fahrenheit (121 degrees Celsius). As a result, the sensors had to be mounted in an ambient temperature environment external to the turbine containment area.

Given the large acoustic volume between the sensor and the combustion chamber, the sensors were employed in “semi-infinite” coil systems that attenuated standing waves, but also limited the frequency range of the system. In addition, the standing waves in the gas volume between the sensor face and the combustion process caused both attenuation and amplification at various acoustic frequencies.

The performance trade-off of the IEPE sensor drove the industry to develop a pressure sensor that could be moved closer to the combustion process in order to expand the frequency range of the sensor. The first embodiment of the effort was the close coupled pressure sensor (IMI Sensors Model EX171M01) that had a temperature tolerance of 500 °F (260 °C) and a charge mode output. The sensor could be mounted inline on an “infinite” coil system. This system achieved substantial improvements in the measurement bandwidth.

The most recent effort has resulted in the development of on-turbine pressure sensors (IMI Sensors Model 176A02) in order to further reduce the acoustic volume between the sensor and combustor. Built to withstand temperatures up to 1200 degrees Fahrenheit (650 degrees Celsius) with advanced crystal technology, the sensor can now be mounted directly on the combustor basket to provide 24/7, consistent, reliable combustion dynamics data so that tuning changes can be made at any time.

The sensors have been specially designed with case isolation and differential output, to reduce electromagnetic interference (EMI) issues to an absolute minimum. This on-turbine mounting has led to the sensors requiring hazardous area certification as they are now operating in potentially-explosive environments. In the case of PCB Piezotronics, the new crystal technology, UHT-12™, features:

In conclusion, the development of these pressure sensors is enabling turbine manufacturers to continue reducing NOx emissions without jeopardizing the integrity of the components downstream of the combustors. This technology is being utilized by not only turbine manufacturers, but also power plants, aftermarket service companies and system integrators that specialize in monitoring systems.