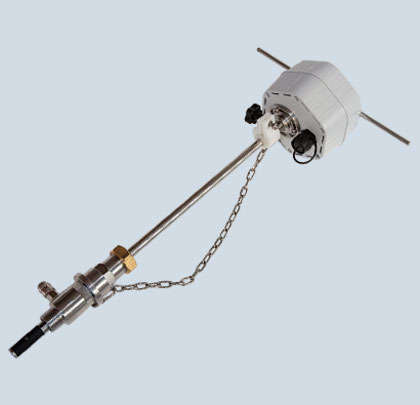 In 2007, White House Utility District (WHUD), a water utility serving approximately 90,000 consumers and businesses in Tennessee, faced a dilemma: how to meet a projected growing demand for water within the budget and capital constraints faced by municipal and mid-sized utilities everywhere. Early projections indicated that WHUD might need to invest up to $15 million to $20 million in transmission upgrades and treatment plant expansions to meet its service commitments. Expanded capacity would also mean higher expenses in terms of energy—electricity is approximately 30 percent of the cost of producing water—employees, chemicals, and maintenance. 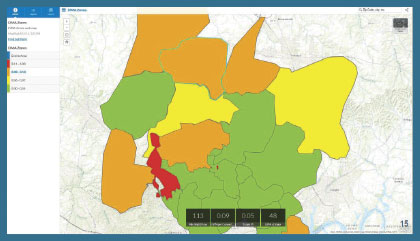 WHUD employees can evaluate the health of the water distribution system, energy consumption, and the potential costs lost to leakage, quickly by combining ESRI and OSIsoft technology.

ASSESSING THE CHALLENGE
Rather than launch a major infrastructure overhaul, WHUD looked at the challenge through a digital lens: could it wring more performance and productivity of its existing assets with software and smart hardware? Delivering water by plugging leaks can be three times less expensive than new facilities. To that end, WHUD segmented its service territory into thirty-three district metered areas (DMAs) with Hydreka’s Hydrins2 insertion meters, a product distributed through Matchpoint. Data from this network of meters was then delivered to OSIsoft’s PI System, a software platform that collects, cleans, and structures data from different devices to give engineers and technicians real-time insight into their overall operations and asset health. 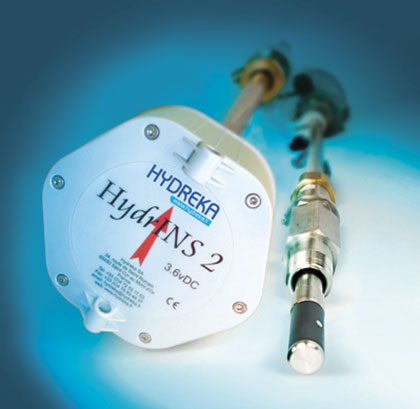 By combining data streams from the network of Hydrins2 meters and other assets such as pumps and valves already tracked by the PI System, WHUD was able to determine that it was losing approximately 32 percent of its water through water main leaks. PI System data was then streamed into ESRI’s ArcGIS mapping software to precisely pinpoint the location of the leaks. In less than four days, WHUD found a leak spilling approximately 147 million gallons a year, or enough for 2,239 homes, which cost WHUD over $300,000 annually.

Because it was in a rural part of the district, local residents believed it was a stream. In two years, WHUD has been able to recover $900,000 worth of water. The ‘smart meter’ approach also allowed WHUD to avoid $200,000 worth of SCADA upgrades and recover $30,000 in employee time and productivity. Rather than having to wait six hours or more for data, repair technicians and others can get a status report detailing equipment health, energy consumption and maintenance issues, and other information within minutes after collection.

THE RESULTS
Perhaps most importantly, WHUD was able to avoid the $15 to $20 million capital expansion. Interest payments on the bond payments alone would have come to $600,000 per year, the utility estimates. WHUD predicts it will not need a major capital expansion until 2028, or eleven years after it took the digital first approach. WHUD is currently reducing water loss at a greater pace than legitimate customer usage appears in total water pumped through the water treatment plant!