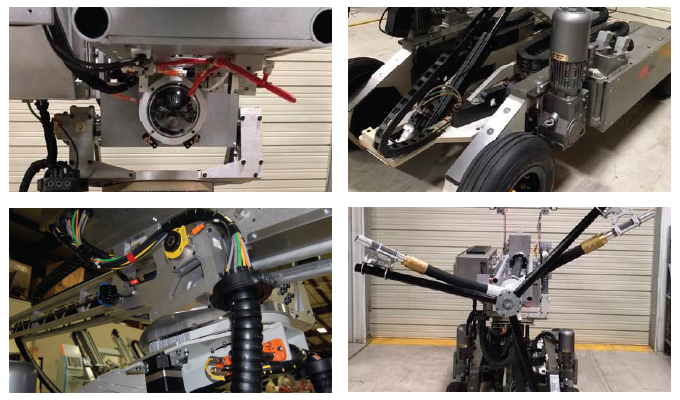 Crumbling global infrastructure has reached a critical point. In 2019, the American Society of Civil Engineers estimated the nation needed to spend $4.5 trillion to fix roads, bridges, dams, and other infrastructure. A report in 2017 from the ASCE gave the United States a D+ grade—the same as in 2013. The next report, due in 2021, does not figure to be markedly improved. Canada faces similar issues. A 2019 report found nearly 40 percent of the roads and bridges were in fair, poor or very poor condition. About 30 percent of the nation’s water infrastructure are in the same condition. A report in 2019 from the World Economic Forum said the world is facing a $15 trillion infrastructure gap by 2040.

“We’re talking about roads, bridges, libraries, arenas and more—things Canadians rely on every day,” says Bill Karsten, president of the Federation of Canadian Municipalities (FCM). “Good, reliable infrastructure supports our quality of life in communities across the country, so Canadians should find these results concerning.”

A newly developed robotic device from Remote Orbital Installations LLC (ROI) and Big Sky Engineering in Wisconsin, delivers a faster and safer alternative to manual labor for pipeline rehabilitation. A robotic platform, which ROI/Big Sky calls the “Crawler,” can both surface-blast and line medium to large diameter pipe internals. Current projects involve penstocks, large diameter pipes at hydro-electric installations that transfer water from mountain lakes down to generating turbines at a lower elevation.

ROI/Big Sky developed the robot for contractors looking to satisfy stringent specifications required to perform work for BC Hydro in British Columbia, Canada. More than 95 percent of electricity comes from hydropower in this region. The penstocks that channel water through the turbine generators have been in place for decades. The original internal coatings are degrading and need to be removed and replaced with a new lining system to prevent further corrosion.

The death of five people in a 2007 accident in Colorado demonstrates the danger of confined space pipe repair. The victims were applying an epoxy lining in a penstock at the Cabin Creek Station about thirty miles west of Denver when a fire broke out. Trapped in an access tunnel filled with noxious fumes and smoke, the workers died from asphyxiation.

In response, BC Hydro sought a new solution from the industry to address their rehabilitation needs. “Their ultimate intent is to take man-entry out of these jobs,” says Mike Kronz, who helped design the unit for ROI/Big Sky. “Canada is pretty tight on restrictions for human safety. Their regulations and standards sometimes make the Occupational Safety and Health Administration in the United States look like child’s play.”

“We’re always up for a challenge. We knew what needed to be done, we proved it, and we came up with the solution,’’ adds Paul Garvoille, who also helped design the unit for ROI/Big Sky.

ROI/Big Sky first generated and tested model prototypes but would not know for certain how the full-scale automated unit would perform until it was tested under actual project conditions. To understand this, a full-scale mock-up of an 8-foot diameter pipe, 59 feet long with a 45-degree incline was constructed at the Big Sky facility for testing.

The primary advantage of the Crawler is minimizing the amount of time workers spend inside the pipe structures, thereby reducing the risk that was inherent in the Cabin Creek tragedy. “This not only reduces the amount of manual labor, but it also is quicker, safer and performs the work more consistently,” Kronz says.

The Crawler is a technical marvel, with many of the components provided by igus, a German-based manufacturer of motion plastics. The company runs its North American operations out of Providence, Rhode Island.

The most critical products in the application are energy chains, which are used to manage and protect electrical cables going from the lower control cabinets to the upper cabinets. They are used in the main boom raise, which allows the boom to extend and contract as it works within the pipe.

An igus energy chain also allows the wheel width of the Crawler to be adjusted as it moves within the penstock. Diameters vary from 5 to 13 feet, and the automated unit is adjusted through the umbilical cord that is controlled by the operator.

The device also includes a slewing ring from igus which allows the boom to pivot from side to side, servo motor cables that direct boom movement, and a 1,640-foot umbilical cord that contains power and control cables along with fiber optic cables.

“It’s a dirty, rugged environment with a lot of dust and abrasive material,” Garvoille says. “Everything has to be extremely durable. In layman’s terms, it is sandblasting.”

The durability of the igus products was critical to the success of the Crawler. “We’ve done several projects and we haven’t had a single failure with the igus components,” Kronz says. “Other materials have failed, but not the igus products. The slewing ring, for instance, is comparable to a ball bearing. That would have been a real problem with all the dirt that the device experiences. The igus materials don’t require any seals to protect the ball bearing.”

The first project occurred in BC Hydro’s Bridge River Facility in 2018, a facility that opened in 1961 in British Columbia.

The Crawler navigated through nearly 4,500 feet, adjusting to the different angles while moving along descents as steep as 45 degrees. A second repair project occurred in 2019 at BC Hydro’s Cheakamus Facility, where the Crawler completed over 1,600 feet of pipe repair. The Crawler’s blasting rate in a 10-foot penstock is about 500 to 600 square feet hour, and travels about 15 feet per hour. During the internal lining process, the unit travels at 150 feet per hour. For contractors, the lining material cost is about $200 per minute.

With infrastructure in such dire need of repair, the Crawler will play an important role in providing such critical work.

“There’s a global market for this,” Garvoille says. “If there is a pipe that transfers water, it’s not going to last forever. They have to be protected and repaired from time to time.”

Kronz adds, “This equipment could basically be used in any pipe or similar structure that needs repair.” While one design cannot satisfy all of the global needs for infrastructure, it is a big step toward solving some long-term and critical infrastructure issues.

“We’ve been hearing how infrastructure is falling apart around us,” Kronz says. “In British Columbia, 95 percent of its energy comes from hydropower and BC Hydro alone has twenty-seven generating stations. We’re just getting started.”

MODERN PUMPING TODAY, March 2021
Did you enjoy this article?
Subscribe to the FREE Digital Edition of Modern Pumping Today Magazine!