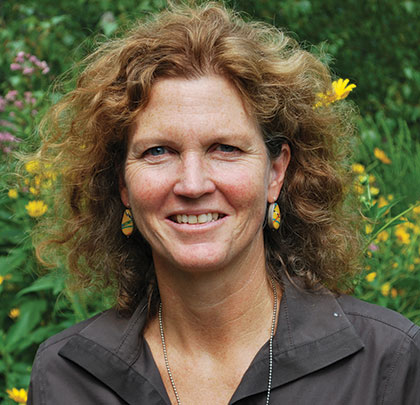 Dr. Lynn E. Broaddus is the president of Broadview Collaborative, Inc., a think tank specializing in resource sustainability at the intersections of water, energy, food, soil, buildings, and transportation. Recently, she led the “Charting New Waters” initiative for the Johnson Foundations at Wingspread, and was a featured speaker at the 2014 WEFTEC exhibition, where she spoke with Modern Pumping Today on the crisis facing U.S. freshwater resources and the increasing demand for water reuse and repurposing.
Modern Pumping Today: How would you describe the state of U.S. freshwater resources?
Dr. Lynn E. Broaddus: The crisis facing freshwater resources really boils down to two things: quality and quantity. In certain areas of the country, we really are running out of water for a number of reasons. It’s been over-pumped from groundwater resources, and it’s been over-transferred around the country. And, although the Clean Water Act has made a huge difference, in other areas, the challenge exists around water quality where, over time, pollution from non-point runoff is building up and we see the proverbial “death by a thousand cuts.”
For example, the Toledo water crisis really exemplified this problem. Toledo sits on Lake Erie and, despite the vast amount of water available in the surrounding rivers and the Great Lakes themselves, phosphorus and nitrogen had built up—primarily from agricultural runoff, to some extent from urban pollution. That build-up and the slow warming of the water temperature due to climate change created the perfect soup for cyanobacteria, or “toxic algae,” to blossom. Cyanobacteria contain neurotoxins—obviously a dangerous addition to the water supply—which led the city to shut down its water system for two days.
But this is not a forty-eight-hour problem, and it’s not limited to Lake Erie. The real solution is to address non-point runoff.
MPT: How can we go about better protecting the water supply?
Dr. Lynn E. Broaddus: One is to do a better job of treating water and recovering nutrients from our urban sewage treatment plants and also a better job of working with rural residents and our food producers to manage their properties, and in particular their soil health, so that those soils can hold nutrients better rather than lose them to their water.
MPT: What information have you received from your agricultural partners that has been most helpful?
Dr. Lynn E. Broaddus: They are facing a time of great challenges. Our agricultural producers care deeply about being able to feed the planet. They see a growing population and feel an urgent need to increase their production, which means applying more fertilizers and farming their land more intensely. However, this creates a challenge for their water supply. So how can we meet growing demand with a limited land base, with stresses on our water, and with a limited phosphorous supply? Ag people are squeezed on one end, water providers are squeezed on the other, and on top of it all, both are feeling pressure from a changing climate.
MPT: What role do the limits of an ever-ageing infrastructure play?
Dr. Lynn E. Broaddus: America is in dire need of a more efficient water distribution system. We are losing a massive amount of water every day. Estimates are anywhere from 10 to 40 percent depending on where you live. Plus, we have a significant amount of clean water being wasted by ending up in our sewage system—be that by rainwater or groundwater—and we’re spending resources treating that water unnecessarily.
Eventually, we might require a full transition to a more efficient system, but for now we see resource managers beginning to experiment and tinker with new distributed technologies where they can treat wastewater onsite, collect stormwater or foundation water for use onsite, rather than transport it long distances through urban areas.
Here’s where we really see industry leading the way—certainly through entrepreneurship and new technologies but also with their existing internal operations, which are at the forefront of water reuse and water collection. They are meeting their own needs for internal cooling, landscape irrigation, or even for internal processes.
MPT: How can the water industry play a part in shaping that transition?
Dr. Lynn E. Broaddus: It’s critical that the water and wastewater industries shore up their existing approach relative to water availability and energy availability. When companies collect and reuse water onsite, they’re not only saving money in the long run but also insuring themselves against disruptions or overstressed demand in the supply. You see this already with regard to energy efficiency: more and more companies capture some of their energy expenditure onsite to repurpose back into their production processes, which not only insures them against demand but also fluctuations in price.
We’re seeing a great deal of innovation in parts of the country where people have already seen some of these limitations placed on their water supply or where regulations have been put in place that incentivize reusing and repurposing water rather than pay stormwater charges. One of the most exciting things happening in the wastewater industry is the push to become energy neutral, which will make a major contribution to both enabling America’s energy independence and reducing greenhouse gas emissions. We really have phenomenal resources available to us—we just haven’t had to be that careful before. ■
____________________________________________
MODERN PUMPING TODAY, February 2015
Did you enjoy this article?
Subscribe to the FREE Digital Edition of Modern Pumping Today Magazine!