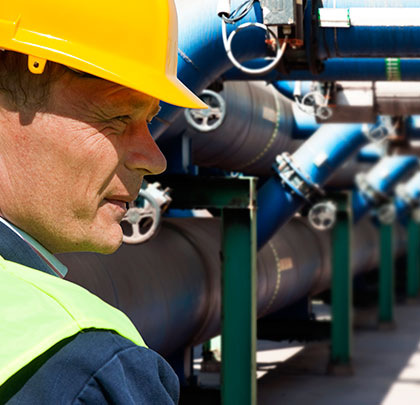 The challenges facing pump station owners, operators and system engineers are numerous and pressing in today’s demanding environment. One issue in particular has the potential for severe and costly damage to the pump station’s equipment and overall pump station integrity. This problem is that of violently shaking pipes known as “water hammer.” With water hammer being able to damage the most expensive asset in the city’s municipal pump, the pipeline itself, special attention must be paid to addressing the cause, effect, and solution to it. Traditionally, the approach has been to utilize hydraulic transient modeling software, such as KY Pipe, in order to generate a computer model of the pump station’s piping system. This computer model will be able to be integrated into a surge analysis that will aid in the identification of the source of the transient and also determine potential equipment necessary for mitigation.

However, there can often be discrepancies found between the surge analysis results generated by engineer calculations versus what is actually seen at the pump station site by operators and technicians. Is there a suitable methodology to reconcile the results so that the pump station’s mitigation equipment is able to properly solve the water hammer problem? The answer is yes, with several considerations understood.

Figure 1: The data table is shown at a rate of 100 Hz for a clear picture of the transient’s effect in red.

Water hammer is the change in pressure in a piping system due to the sudden acceleration or deceleration of liquids in a piping system. The change in velocity of the liquid has a direct correlation to a change in pressure in the system. It can be either very low (including negative values) from a pump stop “trip,” or it can be quite high due to a valve closure downstream while the pump is running. These pressure changes will rattle pipes, burst flanges, break pipelines, etc. dependent upon the severity of the transient. The velocity of the pressure wave from transient event is quite high and can reach speeds up to and potentially exceeding 3000 feet/second depending upon fluid viscosity, pipe roughness, elevations change, bends, and system arrangement.

In a sewage application for example, computer modeling or “surge modeling” normally addresses pumping conditions during maximum flow when the wet well is full. The modeling software will analyze the maximum change in fluid velocity and the negative pressure wave generated during a power failure or other unanticipated pump stop. As power failure occurs without notice, it can be the primary cause of hydraulic transients within the piping system. The negative pressure wave will travel downstream throughout the piping system until it makes contact with a closed valve or such. The wave’s pressure will dramatically rise and return to the pump as a high pressure wave. This change can be extremely substantial should the negative wave have dropped to full vacuum. With the wave speed being so high and significant changes in pressure ensuing, how can the extent of the transient be determined?

Figure 2: A computer surge model can be calibrated to “Proof of Design” data for review and analysis.

Transient data can be identified and recorded through the use of transient pressure monitoring systems such as Blacoh’s SurgeWave and “Proof of Design” protocol. Use of such systems can read data at 500 times per second and then record transient data at 100 times per second. Transient data needs to be recorded at a minimum of 100 Hz in order to create a more accurate representation of the transient while maintaining consideration of the wave speed. With transient data recorded, surge modeling software now has the input data necessary to analyze what is happening within the piping system and ensure that no abnormalities are missed. “Proof of Design” quite simply is the recording of transient data to confirm that the actual performance matches the original computer model results. Should there be a significant difference, analysis of the data may reveal what needs to be corrected.

Under a negative pressure event, a common approach is to make use of air/vacuum valves that will open to allow air into the force main. This approach has its drawbacks due to the air/vacuum valve’s slow opening time that cannot react quickly enough when the pressure wave passes by at the before mentioned 3000+ feet/second velocity. Surge modeling software needs input data to adjust the air/vacuum valve’s opening time but that data needs to be of sufficient size to determine the proper setting. When the data amount is recorded at 100 Hz, the computer model can then be calibrated accordingly. The nominal default opening time should be one second so that the consulting engineer can evaluate the conditions at the air/vacuum valve node(s) if the valve has malfunctioned.

Figure 3: When negative pressures occur during a pump trip, the force main can be subjected to full vacuum and potential piping collapse.

Additionally, there are maintenance issues due to grease and solids in wastewater than can negatively impact air/vacuum valves. In next month’s conclusion, we will illustrate how utilization of a system such as Blacoh’s SurgeWave, with both pressure and flow inputs, the system can communicate with the variable speed backpressure control valve and keep the pump correctly on its curve.

Frank Knowles Smith III leads the Blacoh Surge Control team as the executive vice president. Smith is a well-respected trailblazer in fluid dynamics with three decades of academic, design and application experience. Steve Mungari is the business development manager for Blacoh Surge Control. Mungari has over two decades of process control experience from industry leaders such as Parker Hannifin Corporation and Burkert Fluid Control which specialize in the field of fluid measurement and control technologies. For more information, visit www.blacoh.com.