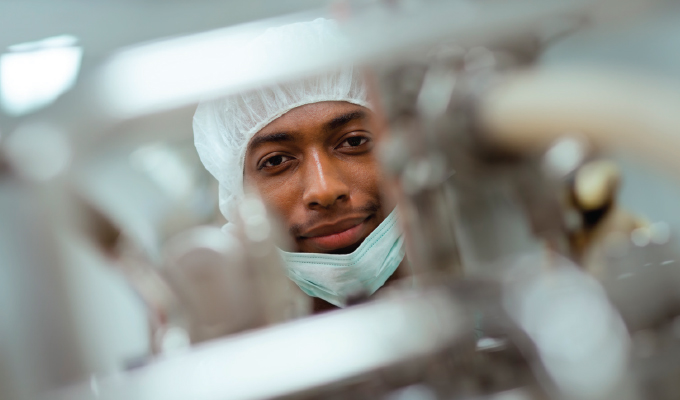 Water supply is a global concern and, driven by population growth and global industrialization, the demand for clean water is growing at a rate of 5 to 8 percent per annum. The United Nations (UN, UNESCO, and FAO) is responsible for providing the world’s water consumption data. Worldwide, agriculture accounts for 70 percent of all water consumption, compared to 20 percent for industry and 10 percent for domestic use. In industrialized nations, however, industries consume more than half of the water available for human use.

THE NEED FOR ON-SITE TREATMENT OPTIONS

Public awareness about environmental problems has driven many governments to introduce legislation that limits the discharge of pollutants. This has increased the demand for on-site effective treatment at the generation point of the effluent. Rather than transporting wastewater to treatment plants, on-site treatment reduces cost, minimizes the risk of contamination and makes recycling wastewater viable. Various treatments that originated from sewage and wastewater treatment have been used to treat bio-recalcitrant compounds. All of them have inherent problems that make them less than ideal processes for the removal of bio-recalcitrant compounds such as phenolic, and biocides such as ammonia; often, even in large central plants, these types of waste streams are challenging to treat.

Difficult to treat industrial wastewaters sometimes contain a high amount of total dissolved solids, or are often high in chemical oxygen demand (COD), low in biodegradability, and potentially toxic to biological processes. These wastewaters are typically trucked off-site for treatment. With recent developments in electrochemical advanced oxidation processes, on-site treatment is now possible for these difficult to treat wastewaters. Electro-oxidation can remove recalcitrant organic pollutants in industrial wastewater by mineralizing them to CO2 and H2. This process terminates toxic organics without leaving any sludge or solid waste. The other main byproducts are typically oxygen and nitrogen. Wastewaters produced by the petrochemical, fine chemical, refining, and pharmaceutical industries are potentially toxic to biological wastewater processes. They can contain COD values of greater than 10,000 milligrams per liter, and may additionally be highly odorous, present hazards to operators, or produce foaming. The problematic components in the wastewater can be complex organics, halogenated organics, reduced sulfur species, and nitrogen-containing compounds.

Most common advanced oxidation processes use a strong oxidizing reagent such as hydrogen peroxide or ozone in combination with ultraviolet light activation to generate hydroxyl radicals. Electrochemicals generate the hydroxyl radical directly at the surface of electrodes placed in the effluent stream. Electro-oxidation processes are attractive as they are simpler to operate and do not require purchase, storage, and handling of strong oxidizing reactive reagents, which are hazardous in their own way. Electrochemical hydroxyl radical generation requires the application of such extremely high electrode potentials that most electrically conductive materials themselves oxidize, including titanium-based dimensionally stable anodes and lead dioxide versions. These challenges, that previously prevented rapid acceptance of this technology, have recently been overcome by the use of free-standing solid polycrystalline boron-doped diamond (BDD) electrodes.

Diamond is a semiconductor material that can be heavily doped with boron to give it metal-like electrical conductivity, while retaining its renowned robust properties such as chemical inertness and exceptional hardness. Utilizing the chemical vapor deposition (CVD) method of growing diamond, synthetic BDD electrodes can be manufactured. BDD electrodes have a much lower catalytic effect on water, and instead of electrolyzing water they generate hydroxyl radical first, leading to higher oxidation of contaminants via direct or indirect oxidation. The microwave plasma-enhanced CVD method can be used to manufacture disks of free-standing, solid conducting polycrystalline BDD on an industrial scale, which can be used for electrodes in the electro-oxidation treatment.

These BDD electrodes can withstand the demanding requirements needed for an industrial electrode material. Diamond is the world’s hardest material and as an electrode has extreme dimensional stability. Free-standing BDD electrodes, while small in area, have the ability to operate at a higher current density (>20,000 A/m2) than all types of conventional electrode materials and thin film BDD coatings. This enables the construction of compact electrochemical reactors that are capable of high throughput and productivity in a small footprint.

Diamox™ is an efficient wastewater treatment electrochemical reactor, designed using free-standing, boron-doped diamond electrodes. When integrated into an electrochemical wastewater processing system, it is effective in treating extremely contaminated industrial wastewater that cannot be treated by biological methods. This packaged reactor is simple to implement into on-site industrial wastewater treatment systems, providing an environmentally cleaner and versatile solution that can be used across various types of effluents, without producing sludge.

THE MOVE TOWARD ON-SITE TREATMENT OPTIONS

On-site treatment systems are used for the treatment and disposal of relatively small volumes of wastewater. They collect, treat, and discharge or reclaim wastewater from an individual manufacturing site without the use of community-wide sewers or a centralized treatment facility. Over the last decade, a number of on-site wastewater treatment plants have been installed all over the world. These systems do well in terms of performance, land area requirement, and capital, operation, and maintenance costs. Some textile and pharmaceutical plants are currently using electrochemical oxidation processes for the treatment of wastewater streams, where the bio-refractory contaminants are decomposed into harmless or biodegradable products.

The removal of dyes from aqueous effluents is of significant environmental importance. Synthetic dyes possess certain properties, such as resistance to abrasion, photolytic stability, and resistance to chemical and bacterial attack. Therefore, they pose a double environmental problem from both the aesthetic and toxicological standpoint. The metabolites of several dyes have been reported as substances that have potentially carcinogenic, mutagenic, and/or teratogenic effects on aquatic life. treatment methods for the removal of dyes include reverse osmosis, coagulation flocculation, and chemical oxidation. These are physical methods that are not destructive, and for this reason, some dyes or their metabolites are often discharged into water streams.

Wastewater from pharmaceutical manufacturing sites often contains active pharmaceutical ingredients (API) that need to be removed or neutralized. These molecules are best treated by being oxidized and broken up rather than filtered. Electro-oxidation is the most effective way of processing API.

Spent caustic streams from refineries typically have a high chemical oxygen demand (20-300 g/L) and contain chemicals that are hazardous, inhibitory, or bio-refractory. The potential chemicals in the spent caustic wastewater include reduced sulfur compounds such as sulfides and mercaptans, as well as organic species such as the sodium salts of naphthenic and cresylic acids. Due to the types of chemicals contained in the spent caustic, such wastewaters can be environmentally hazardous and difficult to treat with conventional biological treatments. Electro-oxidation can be used as a treatment process to significantly reduce COD, eliminate toxicity, and produce an effluent that can be disposed of using biological post-processes.

Biological oxidation is certainly the inexpensive process, but the presence of toxic or bio-refractory molecules may hinder this approach. In many situations, a combination of electro-oxidation and biological processes may be the most cost-saving treatment when the traditional incineration method cannot be used. Effective treatment at the generation point of liquid pollutants is possible with electro-oxidation. A small footprint, low-odor, and low-noise operation make electro-oxidation viable in any plant. Its ability to mineralize effluents and denature compounds in solution opens up potential applications in water recycling since the effluents are being continuously removed from the process.

Element Six is a global leader in the design, development, and production of synthetic diamond and tungsten carbide supermaterials. Part of the De Beers Group, Element Six employs over 1,900 people and its primary manufacturing sites are located in the United Kingdom, Ireland, Germany, South Africa, and the United States. For more information, visit www.e6.com.

MODERN PUMPING TODAY, May 2020
Did you enjoy this article?
Subscribe to the FREE Digital Edition of Modern Pumping Today Magazine!