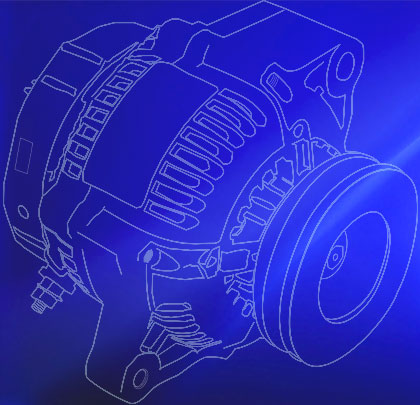 Dynamatic® electromagnetic adjustable speed drives on induction motors have been installed in wastewater treatment applications for many decades, primarily due to the inherent durability, simplicity, and reliability of eddy current technology. Additional benefits include reduced energy consumption, no harmonics, quiet operation, and a small electronic footprint.

AN ALTERNATIVE TO VFDS

Two raw sewage pumps at the Little River Pollution Control Plant are driven at variable speed by 250 horsepower, 590 RPM, 575 volt vertical wound rotor induction motors controlled by a Liquid Rheostat wet well level control system. Although reliable for many years, the city’s need for service on the equipment posed a challenge, as the product is no longer manufactured, no parts or service technicians were available, and the cost to repair the wound rotor motors had increased dramatically. Having experienced significant audible noise problems with VFDs in other areas of the plant, and a lack of available floor and wall space, the city of Windsor, Ontario, went in search of an alternative technology that eliminated the issues associated with using VFDs (see below for a technical comparison).

The decision was made to use Dynamatic® eddy current drives rather than VFDs or Rare-Earth Magnet (“Magna”) drives. Windsor’s Process Engineering Manager and Stantec Consulting, Ltd. undertook to evaluate and compare solutions, taking into consideration energy consumption, long-term reliability, and audible noise.

They found that VFD service life has been typically eight to ten years, despite published claims in excess of twenty years. Rare-Earth Magnet drives for this application would require complicated liquid cooling and elaborate actuated control systems for use with existing SCADA systems.

Ultimately, Dynamatic® eddy current drives were selected based on their long service life, simple operation, low maintenance, and favorable energy consumption in the required 70 to 95 percent speed range. The Dynamatic® digital controls installed in the existing cabinets, save considerable wall space, produce no harmonics or objectionable audible noise, nor do they require complex cooling systems.

EDDY CURRENT DRIVES: HOW THEY WORK

A VFD uses AC-to-DC voltage conversion, high-frequency sampling, and a powerful inverter in a large electronics rack to alter the speed of and to supply the operating voltage to an AC motor. A Dynamatic® drive uses eddy-current technology consisting simply of a constant speed AC induction motor and a magnetic clutch speed driven by a small analog or digital controller. The clutch uses an eddy-current coupling to vary the speed of an attached output shaft. DC voltage applied to a field coil in the clutch produces a magnetic field, which generates an attracting force to the inside of a hollow iron drum. The amount of power available is determined by the size of the motor, which can range from relatively small to motor, 4000 HP or more.

At maximum clutch coupling, the total efficiency for eddy current drives is just below that of the motor alone. A Dynamatic drive’s control unit supplies voltage to the clutch’s coil and only requires 1 percent or less of the drive’s total power. As the process speed reduces, the losses in an eddy-current clutch rise in proportion to the slip. Relative to VFDs, this creates an efficiency crossover point between 75 percent and 80 percent of motor base speed. Above this crossover point, the eddy current drive is more efficient. Below this point, the VFD makes up for its initially higher control losses and becomes the better efficiency choice.

Eddy current drives have an inherent long-term reliability advantage and function well in both adverse operating conditions and remote locations. Cooling, power management, and maintenance are minor and include only those service processes required for stand-alone AC induction motors. For systems that operate at 75 to 80 percent of base speed or higher a majority of the time, better efficiency is also a benefit. Parts interchangeability and the availability and ease of replacements and upgrades can make eddy current drives a great long-term investment. Dynamatic drives maintenance costs are low and can be completed by facility staff. 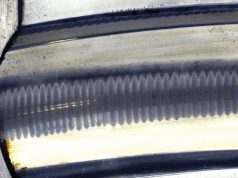 From the Plan to the Plant