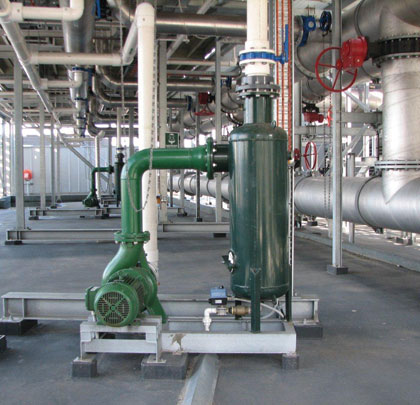 The following case study describes one end-user’s experience with multiple filtration technologies and their inherent advantages and disadvantages in their cooling tower systems. In part 1, we examined deep bed and sand media systems. In this month’s conclusion, we take a closer look at centrifugal sand separators, piston operated self-cleaning screen filters, and finally—what is becoming the technology of choice for cooling tower filtration applications—automatic self-cleaning screen filters. 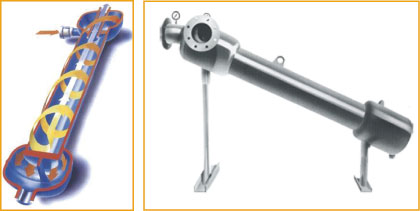 Figure 4: Typical Centrifugal Sand Separator
CENTRIFUGAL SAND SEPARATORS
A recent expansion with the installation of a new chiller plant included eight additional common cooling towers with 26,417.2 gallons (100,000 liters) total system volume. These were originally fitted with two large centrifugal separators. The separators operated for several years and were found to leave the basins with at least 1.18 to 3.94 inches (30 to 100 millimeters) of silt and organic matter build-up across the cooling tower basin floors between the cooling tower cleans that were conducted every two months.
The chiller VSD’s were again affected by unfiltered debris in the system with strainers blocking up and causing overheating issues. The VSD’s themselves required annual chemical cleaning to remove fouling that had built up stopping effective heat transfer.
The centrifugal separators were replaced with two VAF V-500 filters which are effectively maintaining the cooling tower basins in a clean state.
Centrifugal sand separators are primarily selected based on the fact that this technology is the least expensive. By definition, centrifugal sand separators (or hydrocyclones) are not filters since filtration is defined as “the process whereby a fluid passes through a surface or depth media”. They are “separators” in that they utilize centrifugal forces by spinning the water to separate heavier particulate from water. Based on separator manufacturers’ published statistics, centrifugal “sand” separators only remove particles that have a specific gravity significantly greater than water and are larger than 70 microns. Any particles that are organic or lighter than water, or any particles smaller than 70 microns which remains as sedimentation, will not be removed. It has been clearly stated within ASHRAE publications, that centrifugal separation technologies are not appropriate for cooling tower filtration. ASHRAE and the EPA have both stated that the organic particulate such as algae, combined with the sedimentation that remains in the cooling tower basin after centrifugal separation provide an ideal habitat for bacterial growth such as Legionella (see references 2 and 3). ASHRAE states that “filtration”, not separation, is the method by which the very small and low density organic particles found in cooling towers are removed (see reference 3).
Centrifugal separators are cleaned either by purging the particle collection chamber or by allowing a continuous small flow from the collection chamber to a drain. Centrifugal separators are often a part of other filtration systems that more reliably remove smaller and lighter particles. In those cases, the separator removes the larger and heavier particles while the filters remove the remaining particulate that pass through the separator. 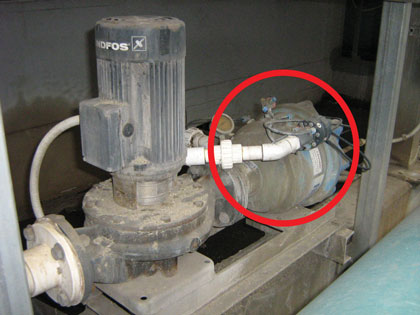 Figure 5: The Piston Operated Screen Filter Installation
PISTON OPERATED SELF-CLEANING SCREEN FILTER
The original cooling water plant comprises ten cooling towers in a common single basin system of 31,700.6 gallons (120,000 liters) total system volume. These were initially fitted with five piston operated self-cleaning screen filters. These were operated for a number of years but found to not maintain the cooling tower basins in a sufficiently clean state, with frequent issues of filter failures and excessive backflushing occurring. Also, the filter bodies were constructed of mild steel and had corroded from the cooling towers’ water treatment chemicals. The filters were eventually switched off as they failed and were deemed not worth repairing.
The piston filters have been replaced with five stainless steel VAF V-250 filters which are maintaining the cooling towers in a clean state and will never corrode. 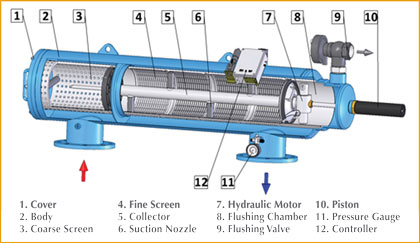 Figure 6: Typical “Piston Operated” Self-Cleaning Screen Filter
Another hotel complex cooling plant comprises of one main system of three common dual cell cooling towers of 7925.16 gallons (30,000 liters) total system volume. These were fitted with one piston operated self-cleaning screen filter system. The filter suffered frequent uncontrolled backflushing and blockages. The very large amounts of water for backflushing caused the cooling tower system to lose the majority of chemical treatment and in warmer months had caused the cooling towers to run dry as the make-up supply could not deal with both the evaporation and backflush. When this happened maintenance staff had to re-fill the towers with a hose, but not before it had caused temperature issues throughout the hotel. 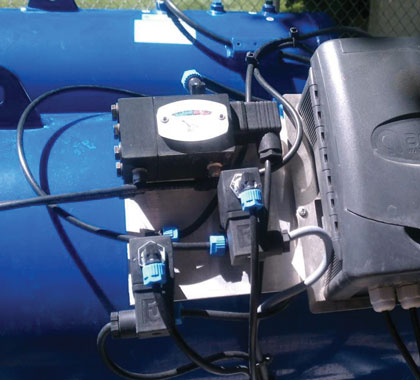 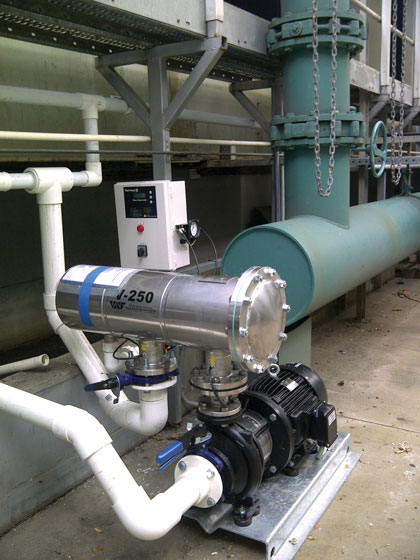 Figure 8: VAF’s Model V-250 Filter Installation
This problem reduces the piston filter’s capacity to keep up with the dirt load it is filtering which results in higher flush waste and hence excessive chemical losses. Also, the hydraulic controls for a piston filter are relatively complex and are inherently problematic, as they can easily empty a cooling tower basin should the unit fail in the open position. Piston operated screen filters are also known as “hydraulic” filters and are the lowest cost option for an automatic self-cleaning screen technology.
SUMMARY
After installing the “newer” patented V-Series automatic self-cleaning screen filters, the end-user is very satisfied with the improvement in their cooling tower systems’ cleanliness. This has resulted in a reduction of cooling tower cleaning frequency from six times per year to the minimum Australian standard requirements of two times per year. This reduction in cleaning frequency resulted in substantial savings in maintenance costs. By replacing the older technologies with VAF’s V-Series automatic screen filters, the end-user has seen the benefits of improved heat transfer efficiency, less chemical usage and improved chemical treatment effectiveness for bacterial and corrosion control. 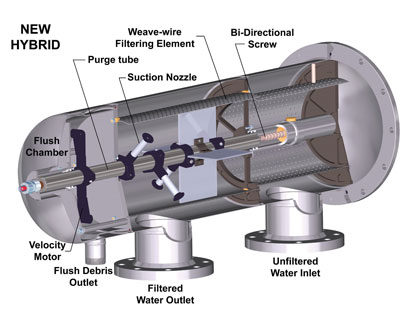 Figure 9: VAF Patented V-Series Self-Cleaning Screen Filter Technology
Automatic self-cleaning screen filters are becoming the technology of choice for cooling tower filtration applications. The primary reason is that the screen filtering element acts as a barrier removing ALL particulate (both organic and inorganic) down to the micron rating of the screen. VAF’s V-Series self-cleaning screen filters remove all particulate down to 10 micron in size from the water the first time the water passes through the screen. Sediment and algae are retained on the screen for a very short time so there is no contribution to bacterial growth on the screen. This technology uses only a few liters of water during each flushing cycle resulting in the least flush waste in the industry.
Automatic self-cleaning screen technologies provide uninterrupted screen filtration during the screen cleaning process, thereby requiring only a single filter for continuous filtration. The new patented V-Series filters installed for this end-user differ from the “Piston Operated” screen filters in that the rotation of the nozzles is provided by a water motor using system line pressure, and it rotates on a screw such that 100 percent of the screen filtering element is cleaned bi-directionally at least four times with each cleaning cycle. This results in a very thorough cleaning of the screen, very low volume of flush waste and minimal loss of chemicals. With the lower flush volume required to clean the screen, it is much easier to show that none of the flush water is wasted since it is only a small portion of the cooling towers’ blowdown requirements (see reference 4). ■
REFERENCES

About the Author
Glenn Dobbs is president of VAF Filtration Systems, Arvada, Colorado, and has developed the company into providing state-of-the-art self-cleaning screen filtration products worldwide removing suspended solids down to 10 micron. Roy McDougall is senior projects manager for Hydrochem of Australia and has provided cooling tower treatment services including filtration for more than thirty years. For more information, visit www.vafusa.com.

MODERN PUMPING TODAY, October 2014
Did you enjoy this article?
Subscribe to the FREE Digital Edition of Modern Pumping Today Magazine! 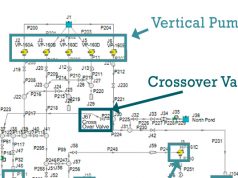 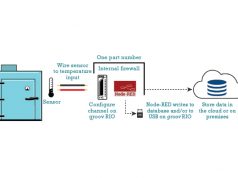