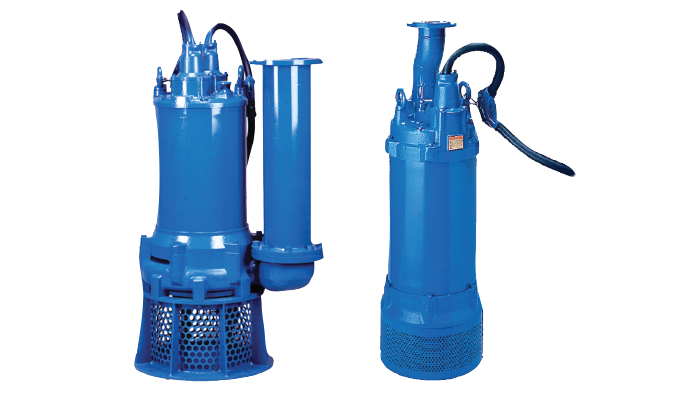 A coal mine in central Illinois is making huge annual savings of approximately $90,000 after switching to Tsurumi LH-6110 pumps for its underground dewatering needs. After the extremely harsh application environment proved too challenging for a competitor’s solution to handle cost-effectively, Tsurumi high-head submersible pumps were installed just over three years ago and have proved to be the ideal solution for the site’s operations.

When it was first opened sixteen years ago, the mine used a turbine in a shaft to pump water into a sump. In 2014, the mine replaced the turbine with a competitor’s 275-horsepower pumps to solve the occurring problems caused by running dry. Despite the slight improvement in efficiency, this model’s short life expectancy and high repair costs quickly proved to be a big financial burden.

As B.J. Mays, pump maverick at Buchanan Pump Service (BPS), which handles the mine’s pumping systems, explains, “Those pumps cost about $97,000 brand new, and every three to six months, they needed repairs costing about $49,000 to $52,000 on average. It would always require a complete replacement of the impeller, suction cover, and upper and lower housing.”

Having been a Tsurumi partner for a decade, BPS drew on its vast expertise gained from almost fifty years in the pumps business and advised installing Tsurumi’s LH-6110 pumps instead. At roughly half the price of the previous units they replaced, the immediate benefits were obvious, but it remained to be seen how they would fare under such challenging conditions.

“The mine ordered three of these pumps, keeping two in operation and one on standby for when one of the others needed a service,” Mays says. “The average run time is four months, but I have seen upwards of six months depending on the circumstances. But although their lifespan is about the same as before, and they require the same attention as far as maintenance goes, the repair costs are approximately 50 to 60 percent less. Parts availability has gone from six weeks to one week, and over the past three years of service, there has never been a motor failure.”

PROJECT AT A GLANCE

An estimated $90,000 in annual savings results from the less-expensive initial purchase and regular servicing costs of the Tsurumi units.

The mine’s demanding applications proved too extreme for a competitor’s solution to handle cost-effectively.

Three Tsurumi LH-6110 pumps replaced the previous system three years ago and, despite the harsh application, the pump motors have never failed.

As these pumps are constantly running at 3600 RPM (a high speed not usually recommended for highly abrasive applications) for eight to twelve hours every day of the year, this is a notable achievement. Mays points out that the level of solids—i.e., clay, sand, silt, and coal fines—in the water is at a ratio of about 1:2, which, coupled with the amount of head required on the application, makes it an extremely aggressive job to handle.

“These are general-purpose dewatering pumps, so every four months or so we replace certain parts as a precaution,” Mays says. “We order a new impeller and a new suction head—they are both high-chrome and are rarely heavily worn, but when the pump has over 500 feet of vertical head, they have to be in perfect condition.”

BPS also adopted a common tactic of adding a tungsten carbide coating to the parts that receive the most damage, namely, the upper and lower housing, which has effectively doubled each pump’s typical service life to six months. As the approach has been successful for the coal mine, it recently purchased a fourth LH-6110 pump, which is currently at BPS’s production floor waiting on the tungsten carbide parts to come back from the coaters.

Headquartered in Pound, Virginia, Buchanan Pump Service services customers from four locations and forty-four trucks, providing a twenty-four-hour service. A full-service pump company with approximately $3.6 million of inventory, it offers pumping solutions from concept to installation, along with training, and provides a remanufacturing—rather than repairs—facility.

Designed to withstand high pressures when used at great depths, such as in deep well draining, the LH three-phase high-head pumps feature a cast iron casing and motor frame, a stainless-steel shaft, and an impeller made from a chromium iron casting. The 74 5/16-inch-tall LH-6110 model relies on a powerful 150-horsepower motor to deliver approximately a 700 gallons per minute maximum capacity through its 6-inch discharge, ensuring the mine remains as dry as possible.

“This company also operates a couple of other smaller mines, which use Tsurumi GSZ, GSD, and KRS pumps,” Mays adds. “They trust the Tsurumi name and we’ve never had a complaint. What impresses me is that, over the years we’ve had maybe thirty of the LH pumps come into the repair shop, and even with all the abuse they take, I have never once had to replace a motor.”

Tsurumi America, Inc., a division of Tsurumi Manufacturing, was founded in 1979. Tsurumi is active in forty-five countries and has been an innovator in the pump industry since 1924. Tsurumi America is a provider of leading pumping technology in construction, civil engineering, mining, industrial wastewater, domestic wastewater, sewage treatment, flood control, and scenery creation fields. All Tsurumi products are backed by independent, third-party verification. Beyond leading pump technology, Tsurumi America is recognized for its robust distribution network and one of the largest on-hand inventories in North America. For more information, visit www.tsurumipump.com/lh-series.

MODERN PUMPING TODAY, June 2021
Did you enjoy this article?
Subscribe to the FREE Digital Edition of Modern Pumping Today Magazine!