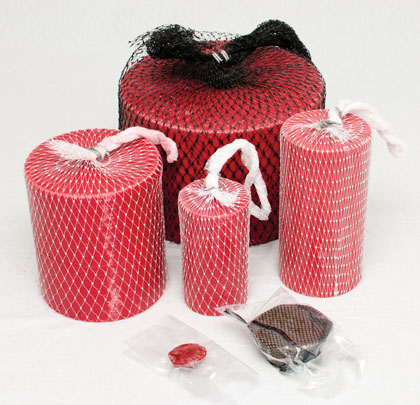 Reducing FOG and odors in collection systems and lift stations 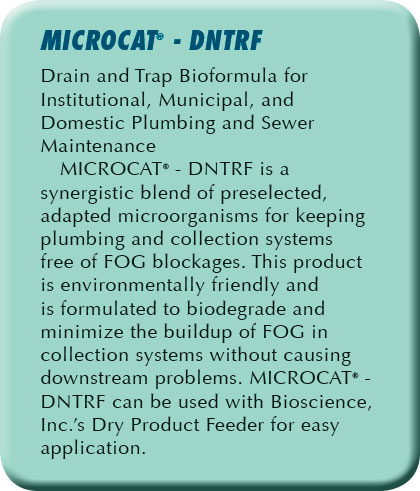 Microbial products are an environmentally safe way to liquefy, biodegrade and minimize the buildup of FOG in plumbing and collection systems while improving downstream conditions. When used regularly, these products can save maintenance dollars by:

Microbes biodegrade FOG by breaking down grease globules and accumulated deposits into molecules small enough to be transported into the bacterial cell to be broken into progressively smaller molecules, and eventually into carbon dioxide and water.
Each time the grease is broken down into smaller molecules, the bacterium gains energy. This energy is used to produce more enzymes and more cell growth. Microorganisms attached to grease deposits continue to grow and reproduce. Some new cells are released into the liquid stream while others further colonize the biofilm (a thin film of bacteria which adheres to a surface).
A consortium of bacteria, rather than a single strain, is most effective in breaking down FOG. A synergistic blend of selectively adapted microorganisms added to the indigenous population in the collection system increases the speed and scope of degradation. A high quality microbial product will contain a wide variety of microbes to metabolize a wide variety of fats, oils, and greases. Product performance is related to microbial counts and to ensuring that the product contains the correct microbial strains.

A major northwest U.S. city was experiencing excessive buildup of FOG and odor complaints in their lift stations, which required frequent pump outs and operational problems with their floats and pumps. Previous attempts to solve the problems with other products had failed. The expenses to operate this lift station were growing exponentially due to the additon of several new fast food chains on this section of sewer line. 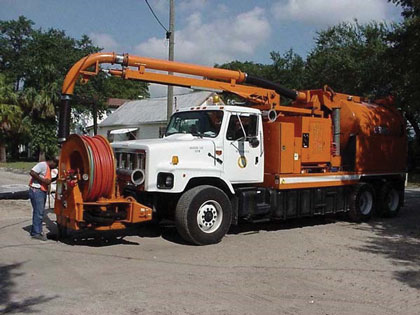 The city was paying for regular weekend vacuum pump out truck maintenance averaging two to three times per month from spring through fall. In addition, frequent maintenance of pumps and floats were required due to FOG buildup and resultant corrosion.
Bioscience, Inc. calculated a product application rate based on the flow rate, FOG buildup and other conditions. MICROCAT® – DNTRF was applied to the sewer upstream of the lift station using a dry product feeder. The following cost savings were monitored over a six-month period and totalled approximately $17,000 (see box above).
In this case, MICROCAT® – DNTRF was successful in reducing maintenance issues and labor needs, negating public odor complaints, and greatly reducing operation and maintenance costs for this major northwest U.S. city. MICROCAT® products have been in use by this municipality for over twelve years.

MICROCAT® – BioPOPS are ideal for installation in any drain, grease trap, lift station or sewer line experiencing odor problems and/or the buildup of FOG. They are in a semi solid, submersible form that slowly dissolves and releases environmentally safe, naturally occurring microbes that can reduce odor and improve FOG degradation. They are packed inside a durable, porous mesh netting. The microbes are specially selected for their ability to break down (not just dissolve) the organic contaminants common in food preparation and manufacturing wastewaters and in domestic water discharges.
They are designed to be suspended in used water containing systems (drains, grease traps, lift stations, sewer lines, etc.) by a line or rope, for easy mooring and retrieval. No equipment or pumps are needed. They are available in several sizes to meet the needs of every application efficiently and cost-effectively.

A city in Germany was experiencing excessive FOG buildup in a pump station upstream of their municipal wastewater treatment plant. They were experiencing unusually high levels of FOG due to the discharge from two hotels and a local community hall.
The city decided to try MICROCAT – BioPOPS because of its environmentally safe and natural makeup and for its ease of application. During the summer, a 2-pound (0.9 kilogram) BioPOP was installed in the pumping station. It was lowered into the wet well using a rope and tied off at the desired depth below the surface of the water.
After two months, an inspection found the following results: 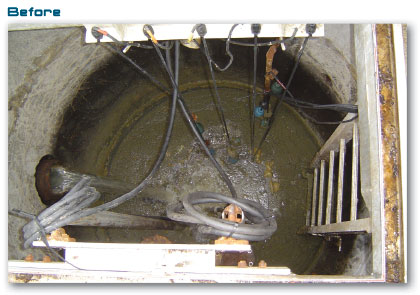 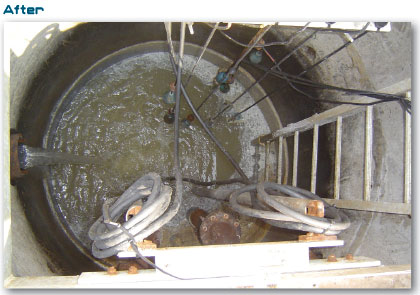