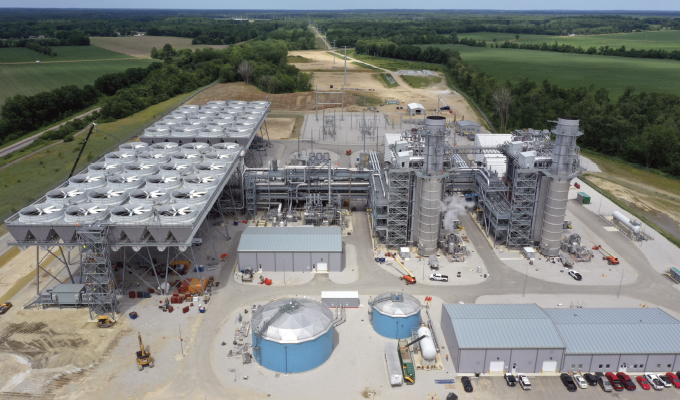 Located in Niles, Michigan, the Indeck Niles Energy Center must produce the energy equivalent needed to power approximately 635,000 homes and businesses. To do this, the facility partnered with GE Gas Power, who provided two 7HA.02 gas turbines, an advanced, low-emission technology that should provide the necessary contribution toward the center’s energy output.

For the project, GE delivered the H-Class combined cycle plant equipment and is also expected to provide parts, repairs, and maintenance services for twenty-five years, while Kiewit Power Constructors Co. provided engineering procurement construction capabilities. The plant achieved the start of operation safely and with high standard of quality.

FIRE UP THE FUTURE

On July 1, 2022, Indeck Energy Services, Inc., along with its Korean partners KOSPO and DL Energy, officially notified the PJM Interconnection of the start of commercial operation for the Indeck Niles Energy Center. Through a contract with Kiewit, the engineering, construction, and procurement (EPC) contractor, GE provided its equipment to the Indeck Niles plant to fill the need for generating resources created by the decommissioning of older, more costly, and less-efficient coal-fired and nuclear plants in the region.

“GE’s HA gas turbines are among the largest and the most efficient gas turbines in the world, and we look forward to making a meaningful, positive contribution to reducing carbon emissions in Michigan, adds DuBois. “Equally important, we are proud that Indeck Niles transformed an unproductive site into an economic engine that creates jobs, spurs economic development, and generates revenues for the city of Niles, its residents, and the local area.”

POWERED UP AND READY TO GO

The plant achieved the start of operation safely, with the highest standard of quality, and delivers approximately 1.1 gigawatt of electricity, the equivalent output needed to power approximately over half a million homes and businesses.

“The Niles Energy Center will have a positive, lasting impact on the community by reducing carbon emissions and providing reliable power,” says Chris Turnbull, president of Kiewit Power Constructors Co. “We are proud to have served as the EPC contractor and to have worked in close partnership with Indeck and GE in delivering this state-of-the-art facility.”

PART OF THE LARGER SOLUTION

As reported by U.S. Energy Information Agency (EIA), in 2020, natural gas generated the largest amount of Michigan’s electricity for the first time, surpassing coal, which fell to third after nuclear power. Natural gas accounted for 33 percent of the state’s net generation, while coal’s share declined to 27 percent. Renewables provided about 11 percent of Michigan’s electricity net generation in 2020, and wind energy accounted for three-fifths of that power.

“Gas power plays a critical role in facilitating coal-to gas transition, but it is also crucial to provide the necessary power to balance the variable nature of renewables and help ensure system reliability at all times, says Eric Gray, president and CEO of GE Gas Power Americas. “Our 7HA.02 gas turbines, which can burn up to 20 percent hydrogen by volume in the gas stream currently, with plans to transition to 100 percent hydrogen over the next decade, represent a highly efficient energy solution to achieve Michigan’s emission reduction plans.”

GE Gas Power is one of the world leaders in natural gas power technology, services, and solutions. Through relentless innovation and continuous cooperation with its customers, GE is providing more advanced, cleaner, and efficient power that people depend on today and building the energy technologies of the future. With the world’s largest installed base of gas turbines and more than 670 million operating hours across GE’s installed fleet, the company offers advanced technology and a level of experience that’s unmatched in the industry to build, operate, and maintain leading gas power plants. For more information, visit www.ge.com/power/gas.