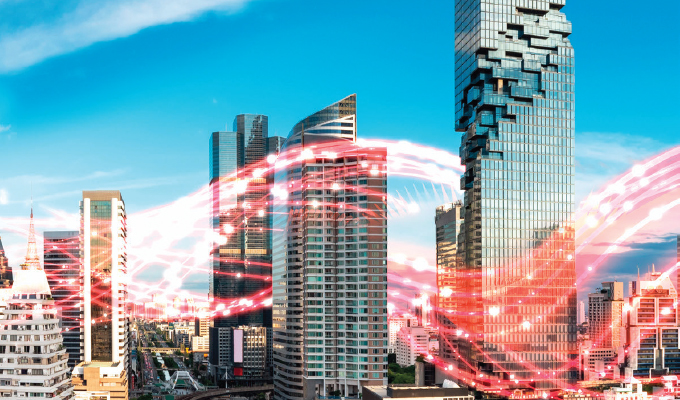 It is estimated that by 2050, the global population will rise to 9.7 billion, from 7.7 billion in 2019. The global economy is expected to more than double over the same period. Urbanization, automation, and the rise of living standards will increase the demand for energy globally. More than half of the world’s population now lives in cities and towns, and the United Nations projects that the global urban population will increase to around 68 percent by 2050. If we continue with business as usual, this scale of expansion will accelerate climate change, and degrade the quality of air and water upon which all living organisms depend. To protect the environment without tempering economic growth, we need to redouble our commitment to reducing the consumption of energy and natural resources.

Electric motors have been in use for 150 years, and they have steadily improved over time. Yet for the past decade, they have undergone a period of exceptionally rapid technological advancement. The latest wave of improvements has opened the door to a significant reduction of the carbon footprint of industrial and commercial electric motors in the immediate future. An expanding range of highly energy-efficient electric motors (rated IE3 or higher) and the variable-speed drives (a.k.a. “frequency converters” or “AC drives”) that can be used to run them are now available on the market.

These technologies hold the key to enabling many of the signatory countries of the Paris Agreement to meet their carbon reduction targets over the course of the next ten years. The scope of their impact is potentially enormous.

But to realize the full benefits of high-efficiency motors and drives, all stakeholders have critical roles:

Such steps have already been taken to support the uptake of electric vehicles and renewable energy sources. It is past time to do the same for a sustainable technology that promises to deliver even greater benefits for the environment and the global economy.

THE CRITICAL ROLE OF ELECTRIC MOTORS

Modern, high-efficiency motors, paired with variable-speed drives, are designed to be flexible and reliable. Yet above all, they are extremely efficient, offering significant reductions in power consumption compared with older systems. Their importance in the development of a sustainable society cannot be overstated. Since 45 percent of the world’s electricity is used to power electric motors in buildings and industrial applications, any investment in upgrading the equipment used in these systems will yield significant rewards in terms of efficiency and sustainability. While they may not be highly visible, electric motors are ubiquitous, an integral part of global industry and our everyday lives.

Small motors are found in the compressors used in air conditioners and refrigerators, in car windows, computer printers, the cooling fans of electronic appliances, and countless other common devices. Mid-sized motors appear in heating, ventilation, and air conditioning (HVAC) systems, as well as in elevators, rapid transit vehicles, and electric and hybrid automobiles. They are used extensively in industry, for pumps, conveyors, fans, and mechanical motion of all kinds. The largest electric motors are found in railway engines, cable cars, ship propulsion systems, and heavy equipment of the sort used for mining and paper mills.

The majority of electric power consumed by motors is used by mid-sized motors. Many of these are larger than necessary for the applications at hand and are often run at full speed, even when the extra power is not needed. Roughly 75 percent of the industrial motors in operation are used to run pumps, fans, and compressors, a category of machinery that is highly susceptible to major efficiency improvements. The potential reductions to be achieved in energy consumption and carbon footprints are dramatic, to say the least.

MOTORS AT THE FOREFRONT OF EFFICIENCY AND REDUCED EMISSIONS

The trend in industrial engineering has been toward the utilization of more and smaller motors, optimized for specific tasks. Matching the output of a motor to the maximum power required for a task already represents a major step toward achieving greater energy efficiency. Arguably this efficiency can come at the cost of greater complexity. But in the latest systems, this complexity is effectively addressed by implementing smart sensors and internet-connected monitoring systems that can alert operators when any given motor shows signs of needing repair or replacement.

At the same time, modern motor designs offer higher efficiency than in the past. A motor’s efficiency equals its mechanical output power divided by its electrical input power. The most common type of electric motor in use is the alternating current (AC) induction motor, based on the designs developed in the nineteenth century by Galileo Ferraris, Nikola Tesla and Mikhail Dolivo-Dobrovolsky. These motors have steadily improved over the years, based on changes in materials and stator and rotor designs.

It may be worth pointing out that even an ordinary induction motor is highly efficient compared to any internal combustion engine. The thermal efficiency of the engine powering a typical passenger car is rarely better than 35 percent. Almost any electric motor of comparable output achieves an efficiency of more than 90 percent.

Modern induction motors are available at very high levels of efficiency. Motor efficiency is rated according to a scale published by the International Electrotechnical Commission (IEC). Motors categorized as IE1 or IE2 are comparatively inefficient. A 200 kW AC induction motor that meets the IE3 standard achieves roughly 96 percent efficiency. Some of the very latest motors meet the IE4 standard, which specifies energy losses about 15 percent lower than those delivered by IE3 motors, and the more recent IE5 “ultra-premium efficiency” motor represents the highest level of efficiency that has been met by any current design.

Too many motors in use today do not meet these standards and rely on older, IE1 or IE2 designs. It presents another challenge that many of these motors are over-dimensioned to the uses they serve. They frequently deliver much more power than required, which wastes energy. Considerable gains in efficiency may be achieved simply by deploying motors that are correctly dimensioned for the application in question.

Alongside induction motors, some highly efficient newer motor designs are establishing themselves as practical alternatives. Among these is the synchronous reluctance motor, which combines the performance of a permanent-magnet motor with the simplicity and service-friendliness of an induction motor. Unlike permanent-magnet motors, synchronous reluctance motors do not require the use of rare-earth-based components. Instead, they achieve a maximized reluctance torque from a simple but robust rotor design.

Today these innovative motors are both practical and remarkably efficient, capable even of meeting the proposed IE5 target, first outlined in 2016. It is estimated that, if 80 percent of today’s installed industrial motors were replaced with IE5 ultra-premium efficient motors, 160 terawatt-hours of energy per year would be saved, equivalent to more than the annual power consumption of Poland.

Even as the world seeks to increase energy efficiency in general, new applications have emerged that place a premium on efficient motor designs. This is certainly true of any application that relies on batteries to power a motor. A battery-powered automobile, for example, does not have the luxury of wasting power drawn from the grid but must be carefully designed to minimize consumption while maximizing the range and power available to the driver. This need is motivating a steady stream of new technological breakthroughs amid global growth in electric vehicle sales, a trend expected to continue.

State-of-the-art traction technology, energy storage systems and e-drivetrain solutions are now enabling an expanding array of emission-free transport options in the areas of rail, buses, heavy vehicles and marine vessels. Zero-emission boats and hybrid ferries are even beginning to make an appearance in the world’s commercial waterways. New innovations in motor design have a major part to play in enabling the rapid uptake of all of these forms of electric mobility.

In next month’s conclusion, we’ll explore the underappreciated role of variable-speed drives in achieving greater energy efficiency on an industrial scale. Plus, we’ll show how the impact of digitalization and connectivity have demonstrated potential benefits and the way forward as well as some successful recent projects around the globe and their impacts.

MODERN PUMPING TODAY, June 2021
Did you enjoy this article?
Subscribe to the FREE Digital Edition of Modern Pumping Today Magazine!